Escape from the jaws of death: Wildebeest manages to cheat death and wriggle free from crocodile

A lucky wildebeest managed to escape from the jaws of a hungry crocodile as it ran through a river.

The herd animal was crossing through deep water in Kenya during their annual migration when the predator leapt from the river and clamped down on the beast.

But as the dangerous reptile tried to tighten its grip on its prey, the plucky wildebeest wriggled free and ran for safety towards the banks of the Mara River.

Unable to maintain a solid grip, the large crocodile lost out on its dinner and the wildebeest escaped.

The herd were migrating from Kenya to Tanzania when photographer Corlette Wessels captured the struggle. 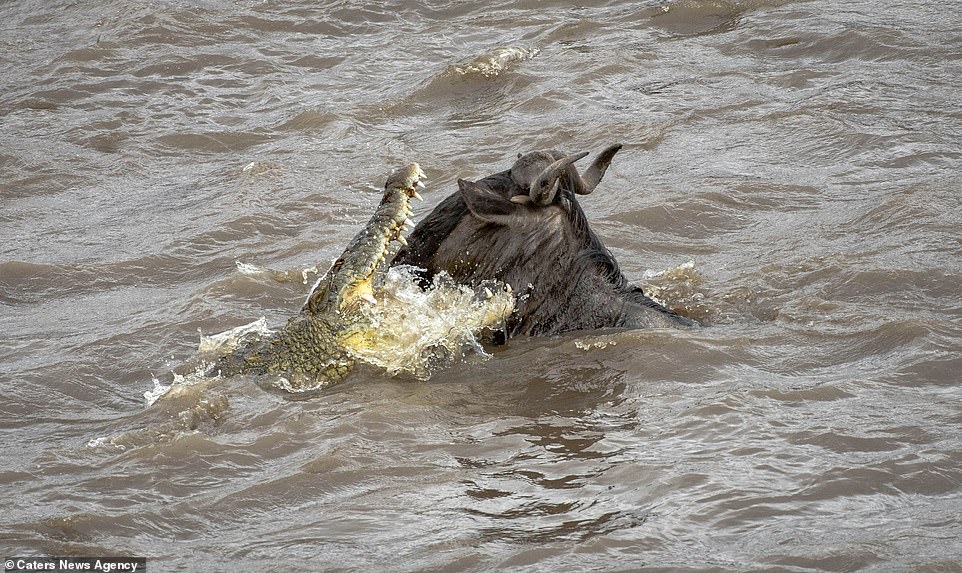 Dinner time: A hungry crocodile tried to snack on a wildebeests as the herd crossed the Mara River on their annual migration from Kenya to Tanzania 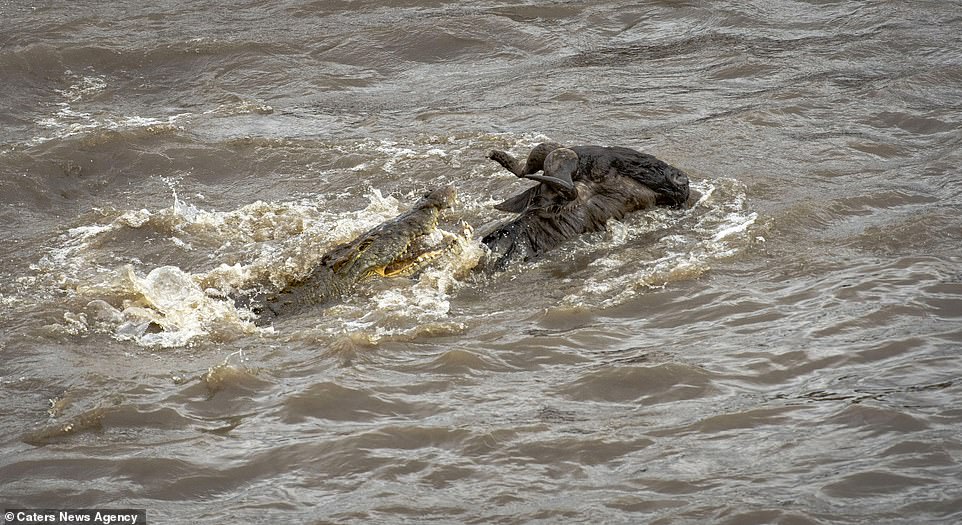 Lake not so placid: The lurking predator leapt out of the water and tried to clamp down on its prey’s neck as it became separated from its herd 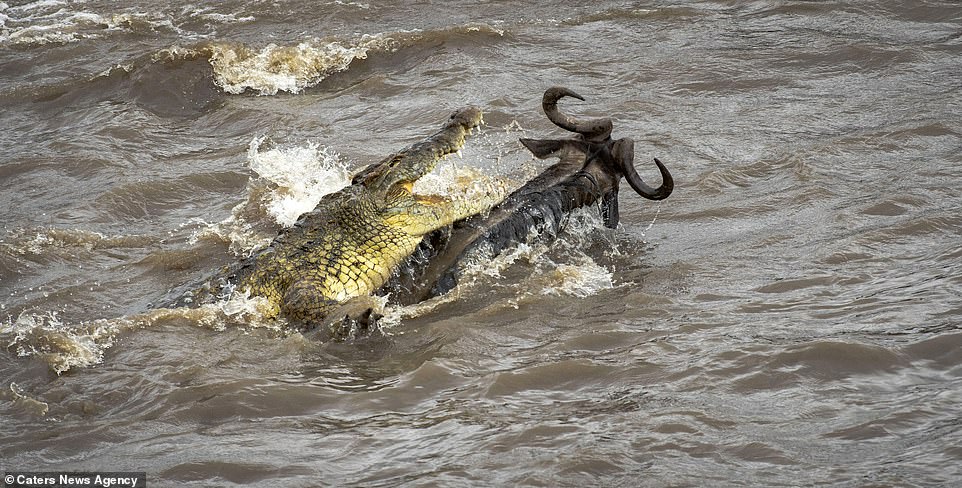 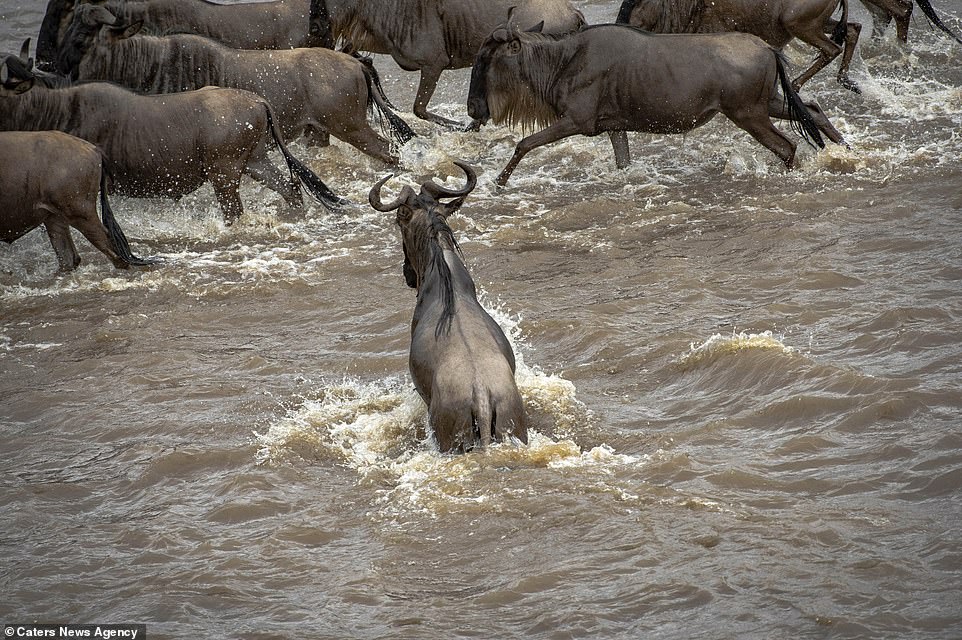 Lucky escape: After breaking free from the crocodile’s jaws the lucky wildebeest ran towards the banks of the river to safety 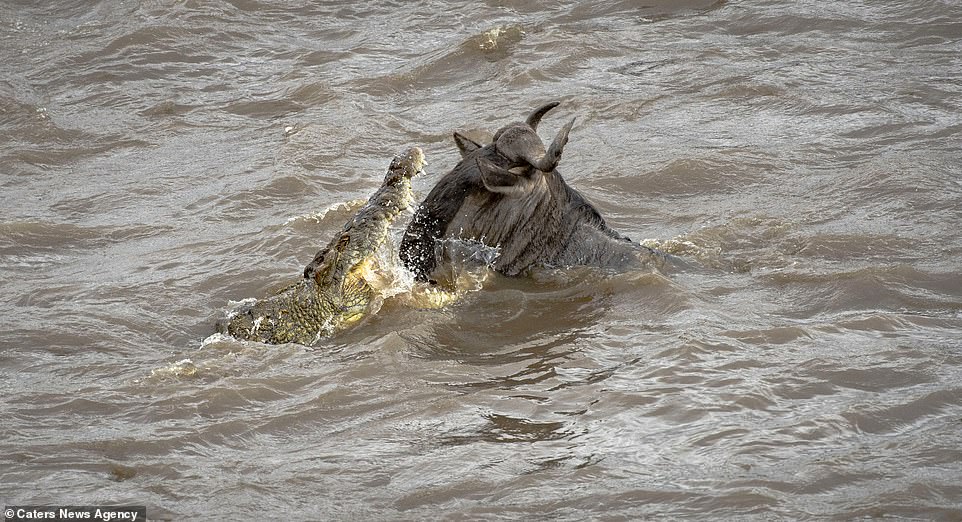 A matter of life or death: These series of photographs show the dangers wildebeest face on their annual migration from Kenya to Tanzania 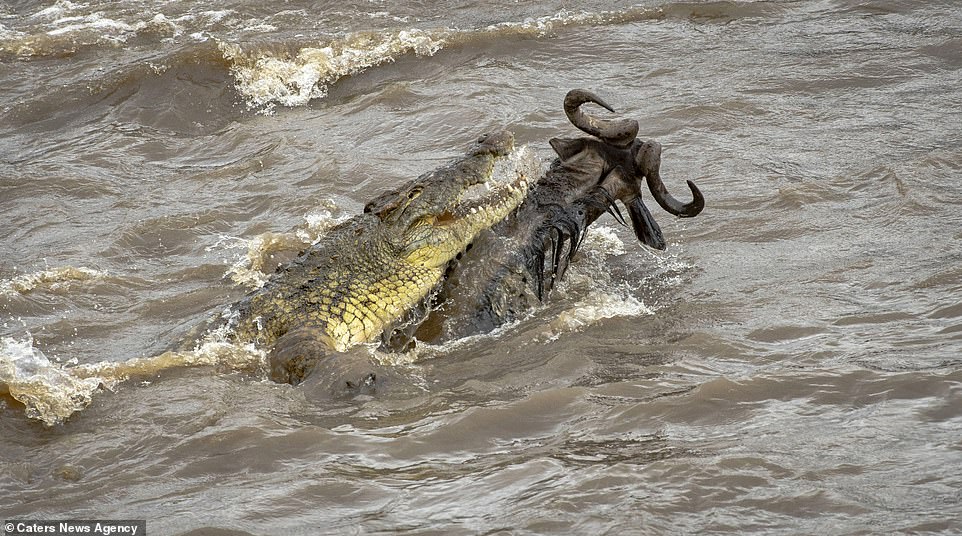 Corlette Wessels, 45, from Johannesburg, South Africa, had the rare opportunity to photograph the Mara River as the wildebeests crossed the water 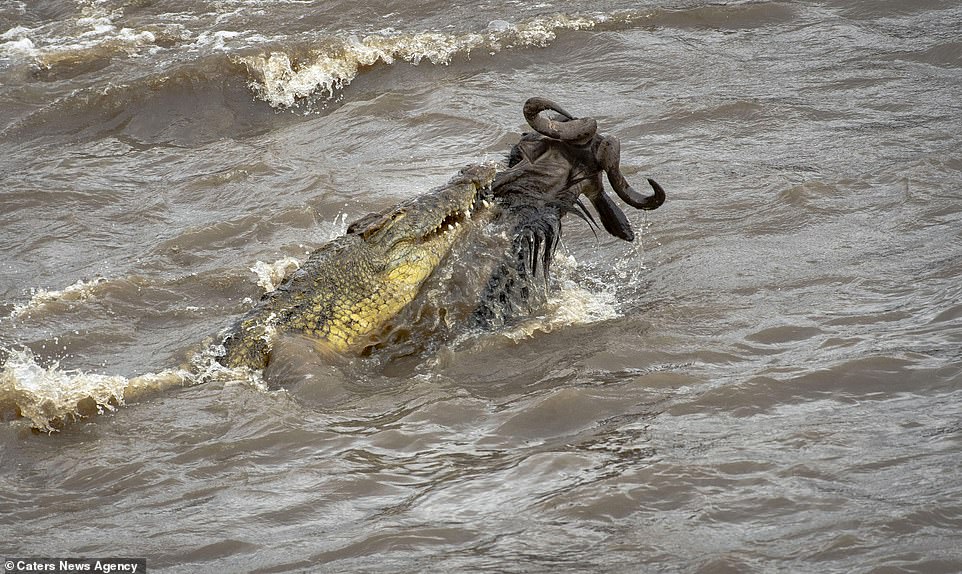 Usually a game of chance, one wildebeest made a lucky escape from the lurking crocodiles, which were looking to take down any stragglers from the herd 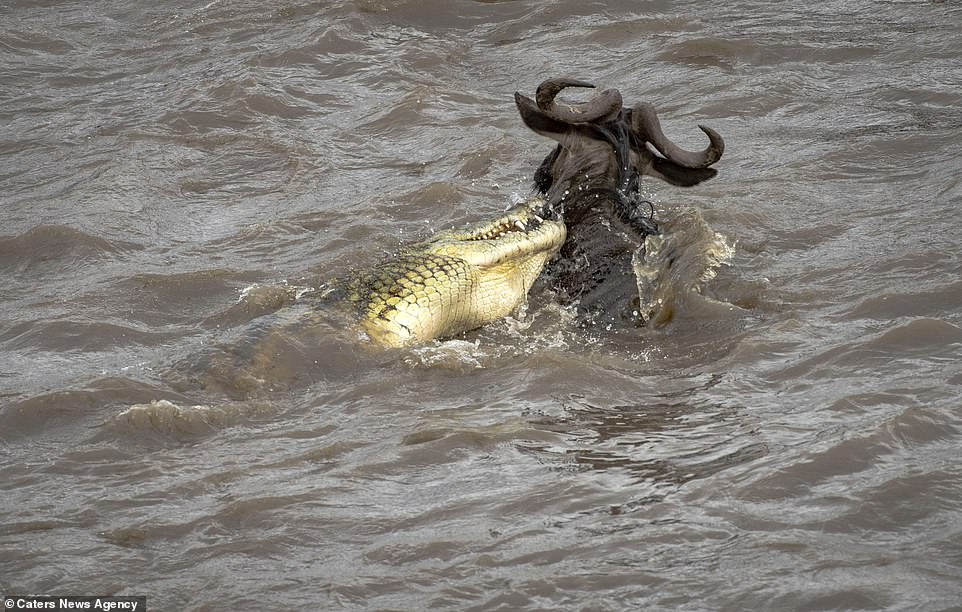 Corlette, a part time wildlife photographer said, ‘it’s never easy to watch but it’s nature and they all have to eat. ‘The wildebeest successfully crossed and got to live another day in Africa’