More than 130 firefighters battling fires in Winter Hill and Horrocks Farm, in Greater Manchester, which are now being treated as one. They have requested military assistance to tackle the blaze which is now affecting up to eight-square-miles, Manchester Evening News reported.

Lancashire Fire Service urged locals to stay away from the area this afternoon.

They tweeted: "We’re really concerned that members of the public are heading up onto the moors.

"We really appreciate your offer to help but public safety is a priority and we ask people to stay away. 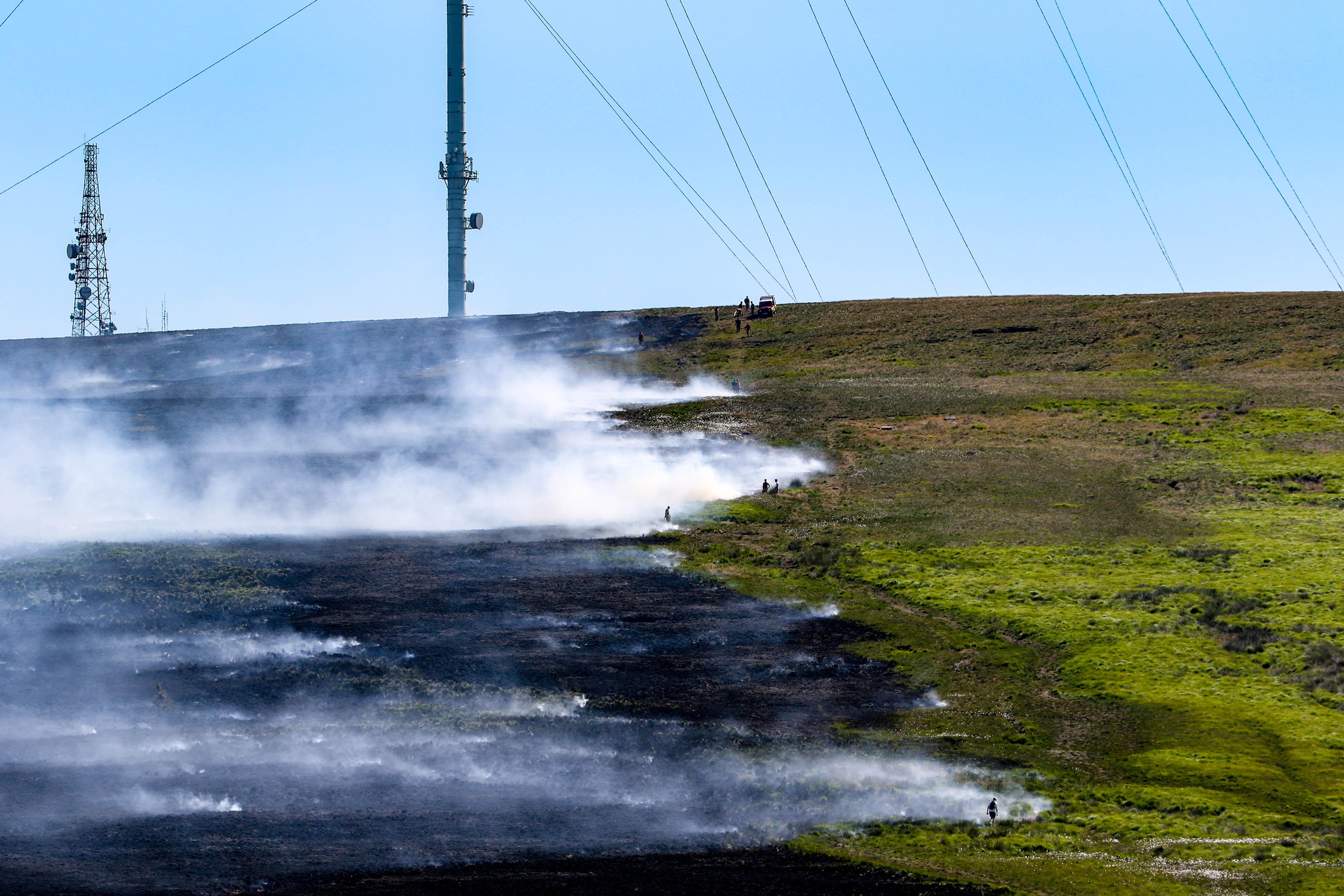 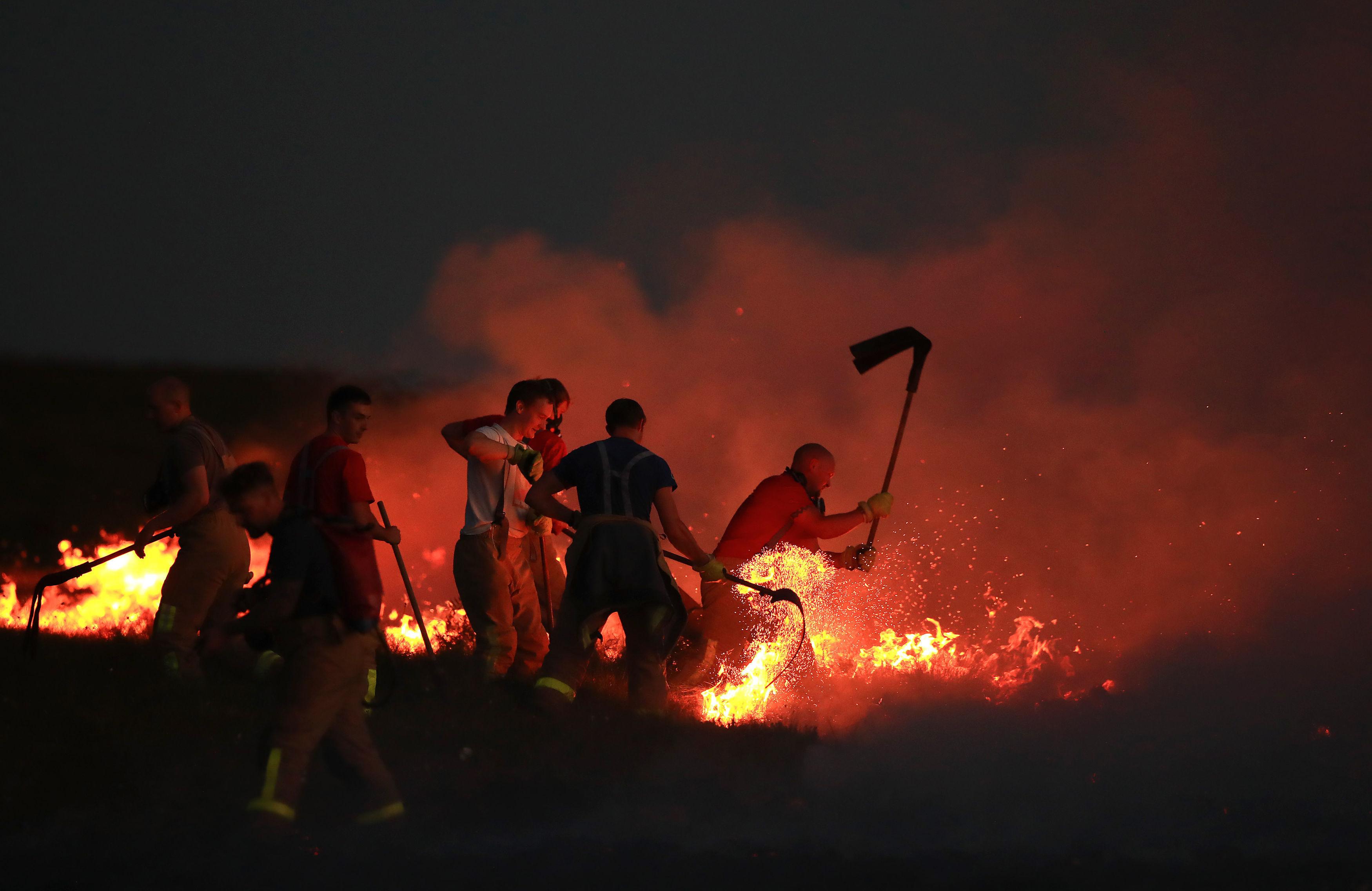 "Keeping windows and doors closed due to the smoke is also advised."

Local crews and around 100 military personnel are already battling other moorland blazes on Saddleworth Moor.

Greater Manchester fire chiefs are now reported to be urging the government to keep the soldiers there through the weekend.

Troops from 4th Battalion, the Royal Regiment of Scotland, have been helping to keep blazes under control since Thursday. 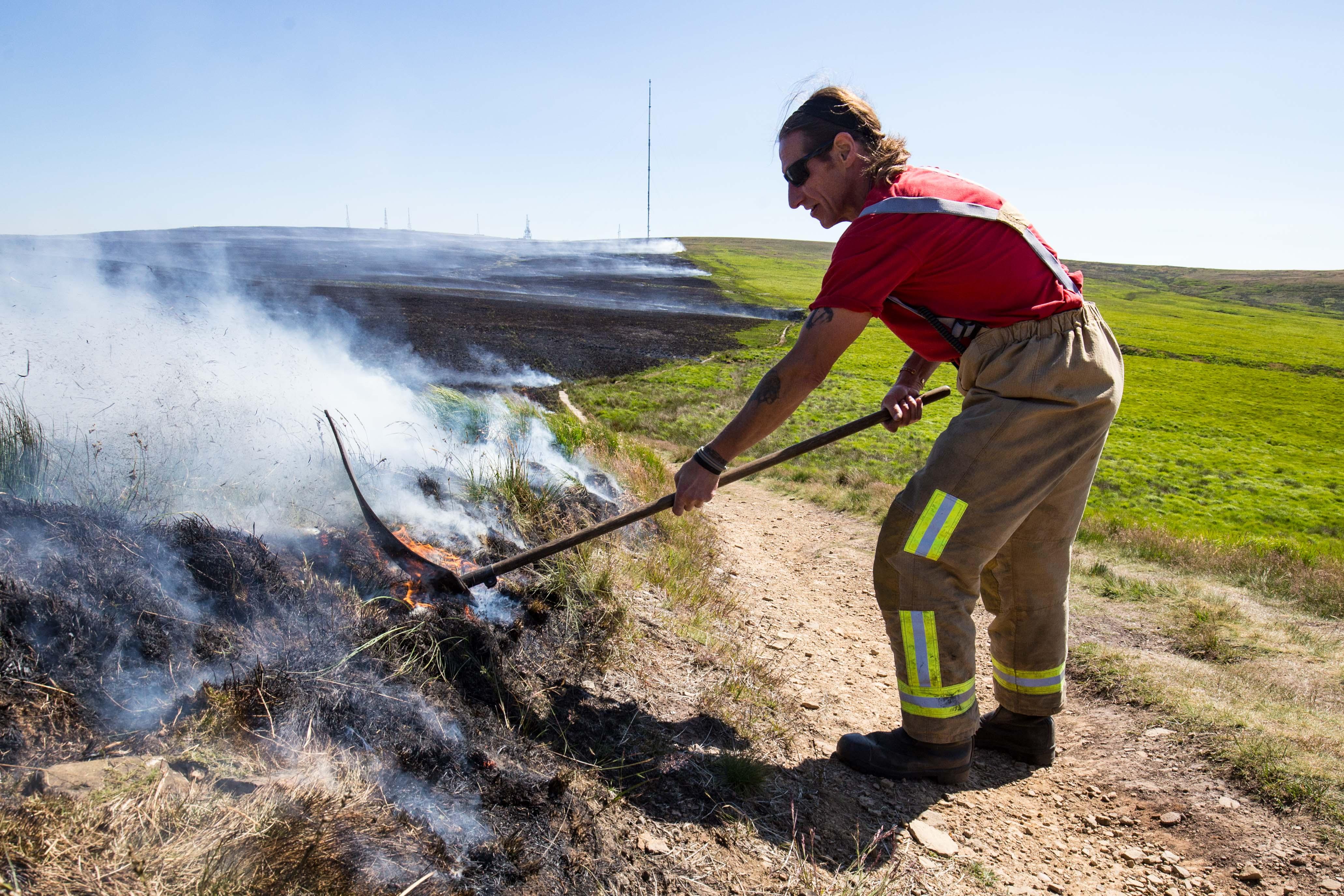 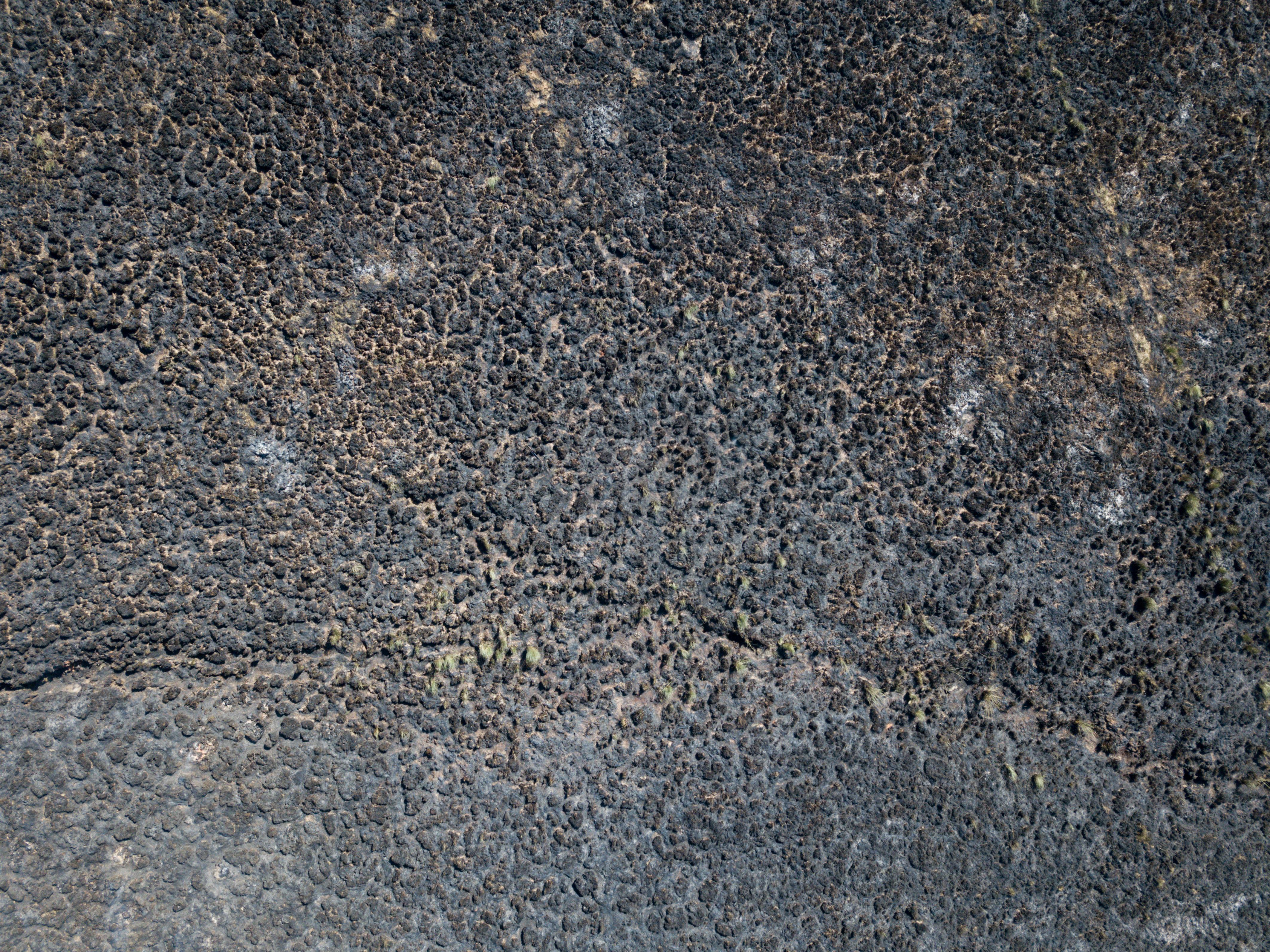 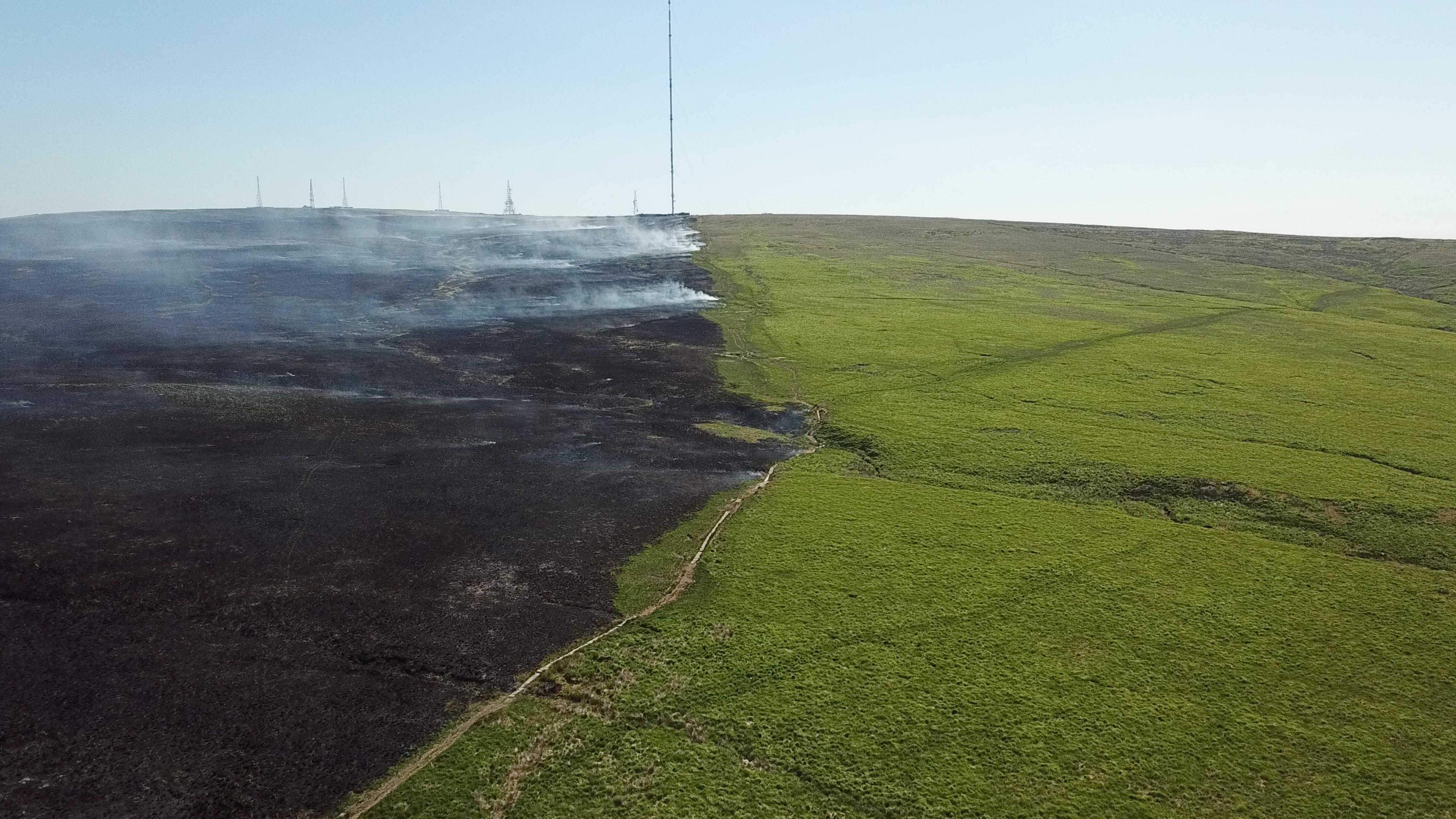 The new fire on Winter Hill, Lancashire, broke out on Thursday with huge plumes of smoke visible from the area surrounding the moorland.

Police confirmed a 22-year-old man from Bolton was arrested on suspicion of arson in connection with the blaze.

The RSPCA called on pet owners to keep a close eye on their animals in the heat after receiving 625 calls.

Seven square miles of land between Tameside and Oldham has gone up in flames, blanketing the Greater Manchester region in smoke and ash. 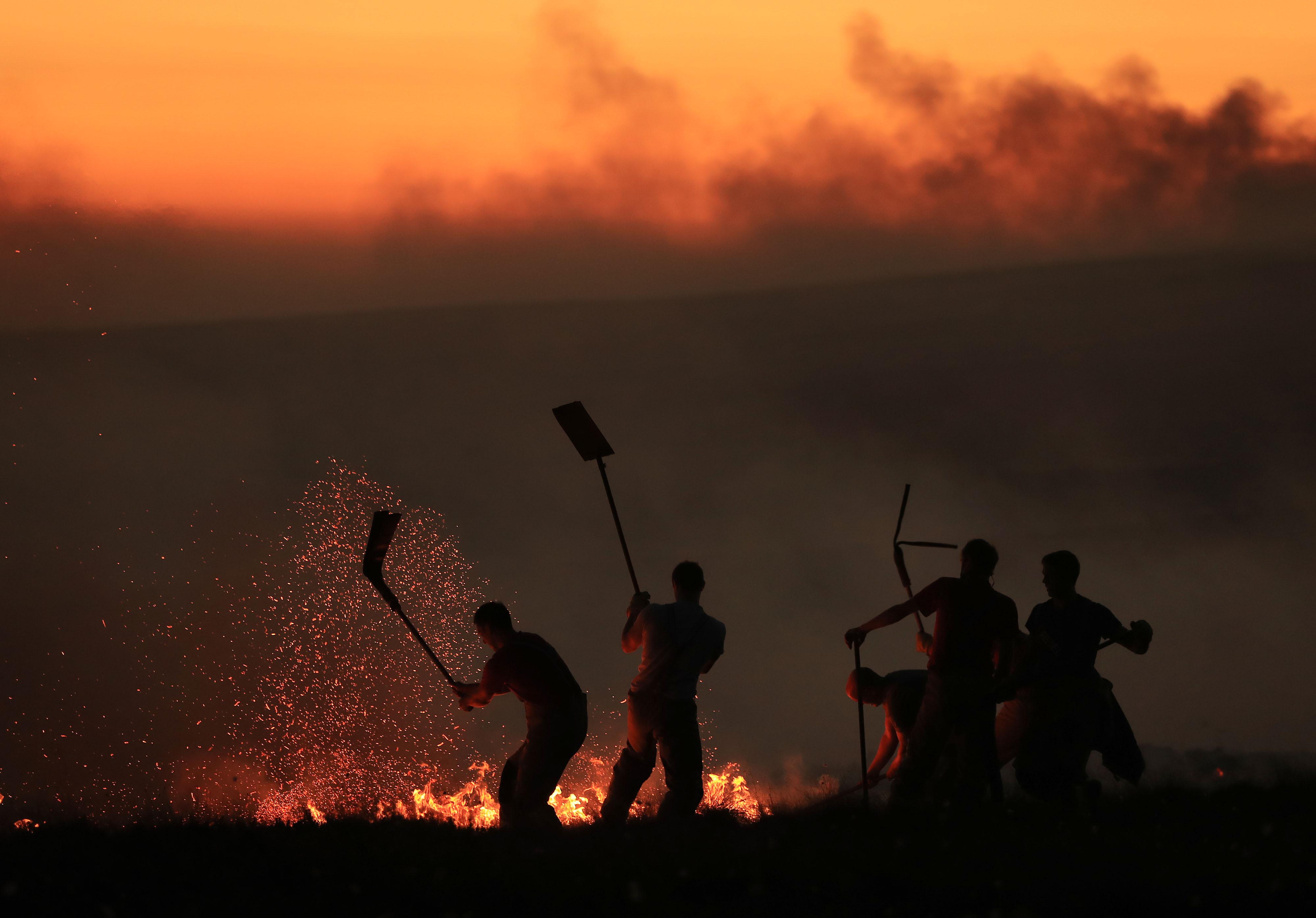 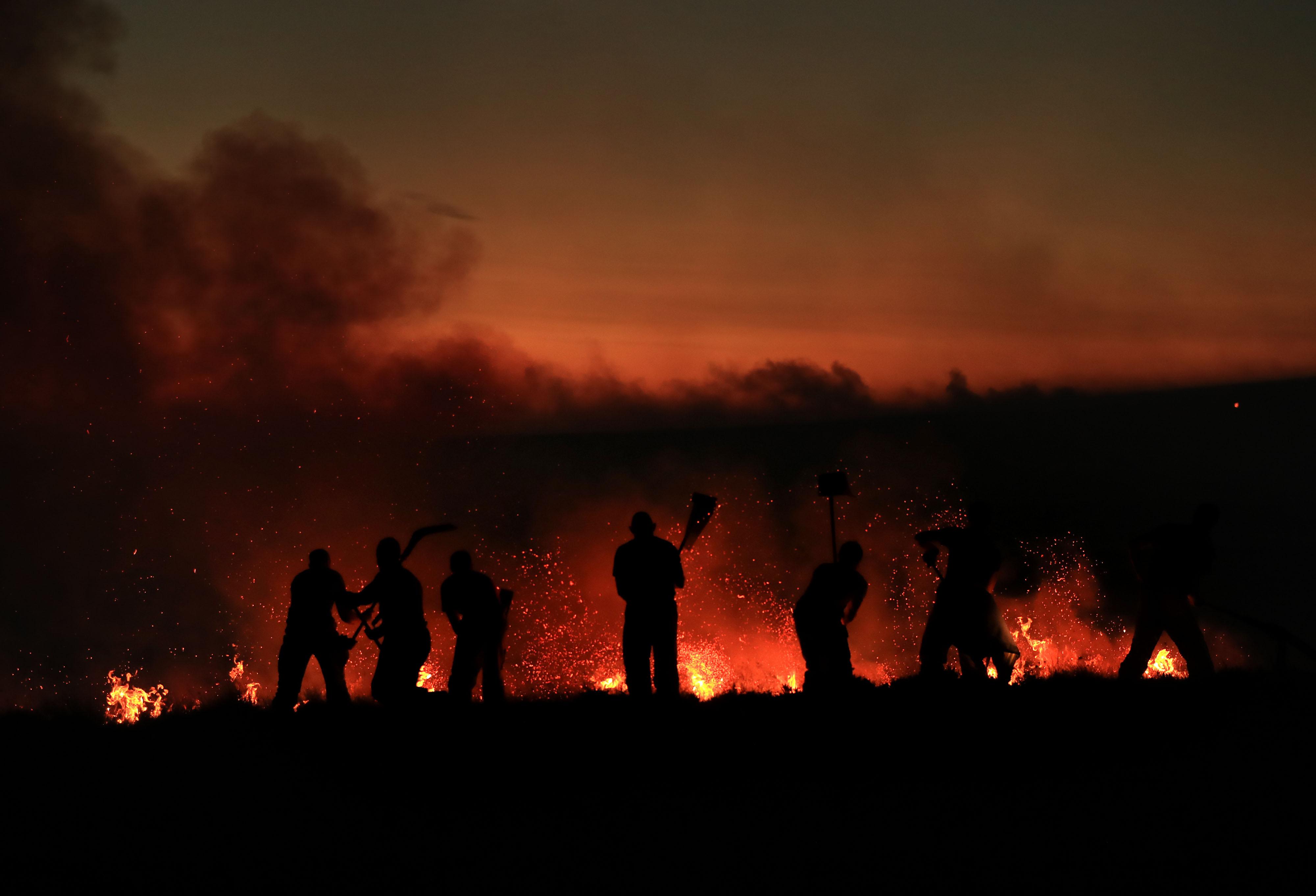 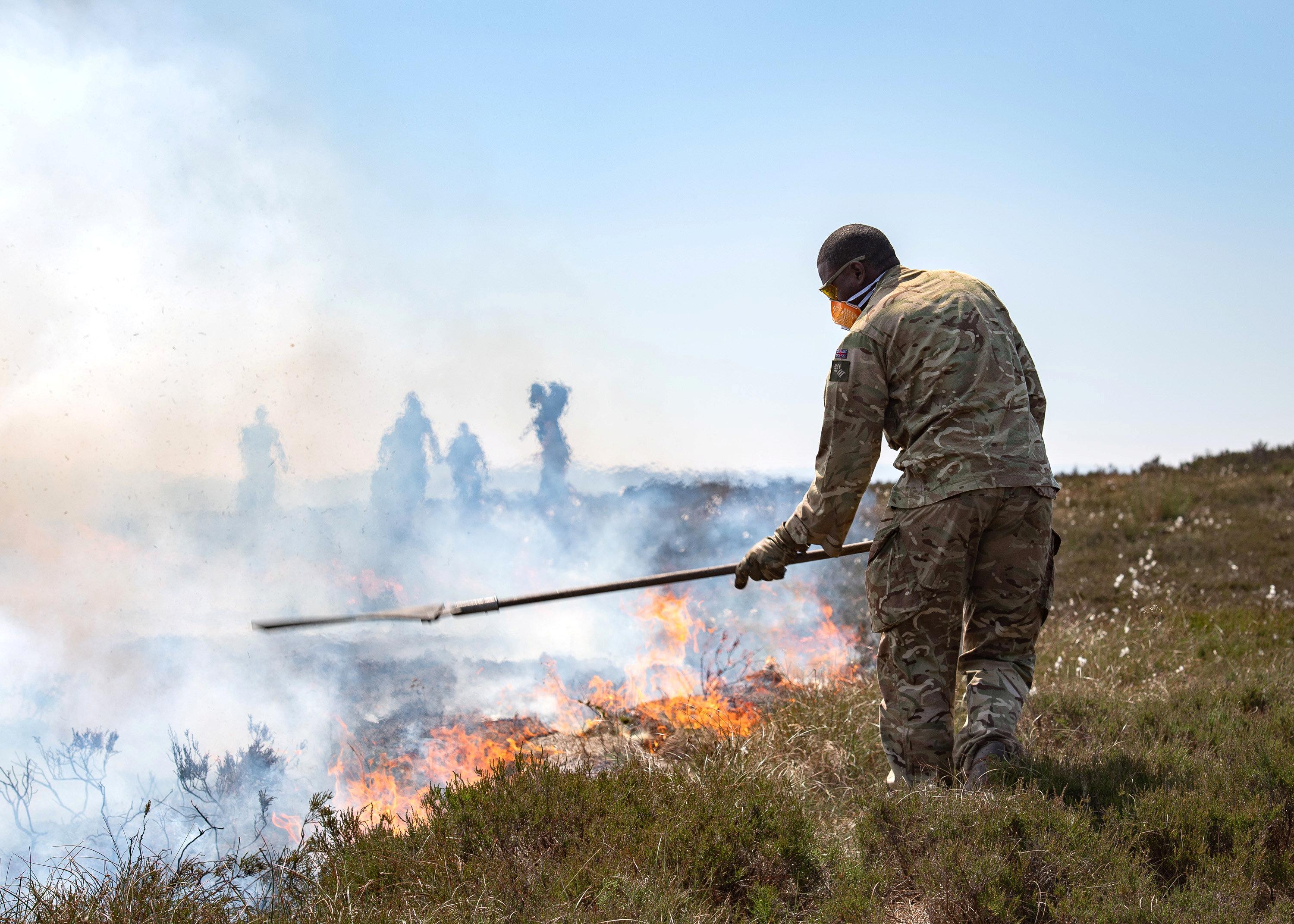 The Ministry of Defence confirmed the Army will stay in the area after receiving the request to stay on Saddleworth Moor following the initial 48-hour period of support.

On Friday, the fires on the peaty terrain and dry shrubland were contained but could take weeks to be fully extinguished with no prospect of rain in the next week.

Andy Burnham, Mayor of Greater Manchester, urged an extension of the Army presence for another three days.

Vigilante locals living in fire-ravaged Saddleworth Moor have blamed off-road bikers for the blaze and warned them: "The police had better get to you first."

Furious residents and workers in the moorland accused petrol-heads of deliberately starting the fire after a series of running battles with landowners and game keepers.

The fire is being battled by more than 100 firefighters and 100 soldiers has spread to cover seven square miles as experts fear it will continue for several days, if not weeks.