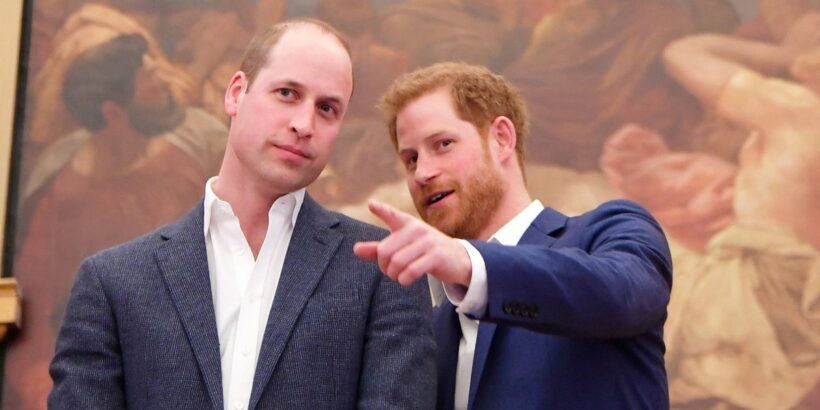 Prince William and Harry have 'significantly' scaled back the upcoming event to unveil the statue of their late mother, Princess Diana.

It's said the brothers were due to host an elaborate ceremony on July 1 for the statue unveiling ceremony and welcome 100 guests, including former staff, Di's friends, and supporters.

However, the Daily Mail reports Covid rules have pressed the siblings to rethink the number of people who attend the event.

The statue, which will be uncovered at Kensington Palace next week on what would have been their mum's 60th birthday, has been in the works for several years.

According to reports, the pair will instead host a reduced gathering with only a handful of guests, including themselves and Spencer relatives of the Princess of Wales.

Guests have now been told that next Thursday's large ceremony has been scrapped and a new date will be fixed for September, where all 100 invitees can attend.

Prince Harry is set to return to the UK for the second time this year after returning to Brittain to attend his grandfather's funeral, Prince Philip.

It's said that the Duke of Sussex and Cambridge are barely on speaking terms following Harry and Meghan quitting royal life and moving to the US.

Although the royal siblings were seen chatting to one another following the Duke of Edinburgh's funeral service in April.

Sources claim both Harry and William have told friends they will try to ensure their differences do not distract from what they hope will be a moving celebration for their late mother, and to recognise her 'positive impact' she had during her life and after her tragic passing.

Originally, it was hoped for the statue to be unveiled in 2017, but delays over the design have caused it to be pushed back to next month.

Insiders claim differences over opinion over what period in Diana's life the statue should represent added to the delays.

Over the passing years, following Diana's death in 1997, William and Harry felt the time was right for a life-size statue to encompass what she represented.

Private donations helped fund the statue, which has been created by artist Ian Rank-Broadley, whose portrait of the Queen appears on all British coins.

The sculpture was finished in 2018, but Harry and Meghan's wedding and Megxit reportedly delayed the unveiling ceremony.

Elton John and David Furnish, donors to the fund, are said to be now invited to September's event.