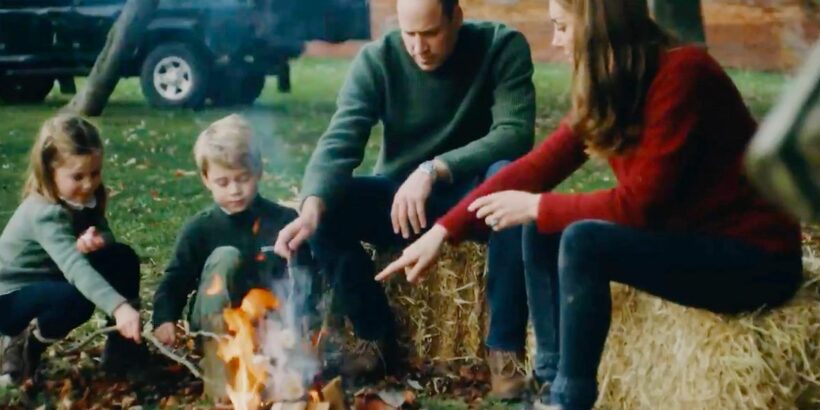 The couple's Kensington Royal Instagram account shared wholesome footage of them enjoying the beach and countryside with their three children to mark 10 years of marriage earlier this week.

Not everyone was convinced by the heart-warming clip, however, with body language expert Jason Lee unpicking William and Kate's expressions.

Jason says that unlike their parents, Prince George, 7, Princess Charlotte, 5, and Prince Louis, 3, were putting nothing on for the cameras.

The Cambridges published the video across social media with the caption: "Thank you to everyone for the kind messages on our wedding anniversary.

“We are enormously grateful for the 10 years of support we have received in our lives as a family. W & C."

Kate and Will toasted marshmallows and ran around a garden and a beach with their three children.

Mr Lee told Nickiswift.com: “The video feels aggressively scripted to me when you look at William and Kate's expressions.

“But maybe that's the price of poker and the way things are done when you're famous.

“I certainly wouldn't recommend reading too far into this based on these circumstances.”

But the body language expert did add that the “genuine happiness” on the Cambridge childrens' faces does not “feel scripted at all”.

He continued: “Clearly, the presence of what is most likely a professional film crew isn't enough to deter them from displaying genuine laughter and 'full-face smiles'.

“When a smile involves the entirety of the face, specifically the eyes it's much more likely to be genuine.

“Add in the fact we're talking about kids here, and it's probably a safe assumption they're genuinely happy in these clips.”

Kate and William met while studying at St. Andrew’s University in Scotland between 2001 and 2005.

The account posted: “Wishing The Duke and Duchess of Cambridge a very happy wedding anniversary.

Earlier this week, Kate and William released several new pictures of themselves taken by photographer Chris Floyd to mark their milestone.