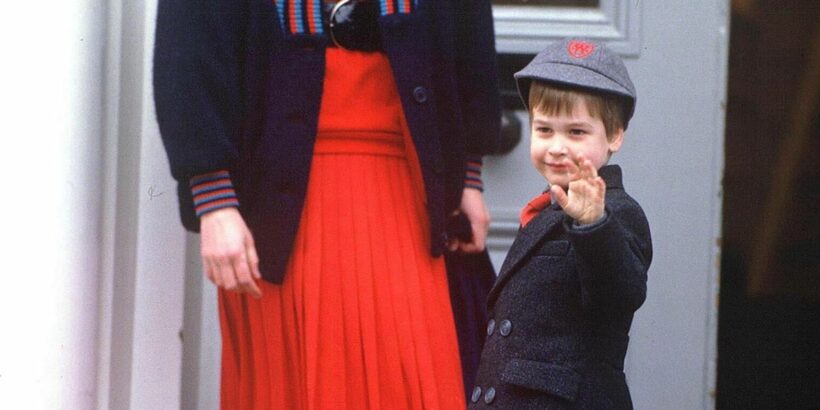 A young Prince William had more to contend with than most children on their first day at the school gates.

Princess Diana briefed her son in 1987 that there would be a lot of eyes on him as he stepped out the car outside Wetherby School in Notting Hill, London.

And due to the media presence of flashing cameras, she warned William to behave himself as he would have to grow used to it.

But the five-year-old stunned the princes' former bodyguard with his "extraordinary" response, MirrorOnline reports.

Minder Ken Wharfe told Yahoo's Royal Box: "Diana said to him in the car, 'when you get to school there are going to be lots of media and lots of photographers, you've got to behave yourself. You're going to get this for the rest of your life.'

"William turned around and said something which was extraordinary. He said: 'Don't like 'tographers'."

Despite being just four years old when he made the cheeky comment, it appears William's dislike of photographers has continued into his adult life.

He and his wife the Duchess of Cambridge fiercely protect the privacy of their children Prince George, Princess Charlotte and Prince Louis.

They are rarely seen at public events and when George and Charlotte started school, only a select few photographers were there to capture the moment.

In addition, their mum Kate is an accomplished photographer and she has taken a string of gorgeous photos of her children that are released on special occasions such as birthdays and Christmas.

Meanwhile, she's also been making sure her little ones are fully prepared for the new school year – just like other mums and dads, an expert has said.

After enjoying a long summer holiday, Prince George and Princess Charlotte are expected back in class next week at Thomas's Battersea.

And according to royal author Duncan Larcombe, Kate gets stuck in when it comes to getting the children organised.

He told OK! : "Kate had a very happy childhood and really enjoyed her school days, so I think the way she was brought up is being used as a template for her own three children.

She’s a very hands-on mum, so she always makes sure she’s the one going with the children to buy school shoes as well as stocking up on school stationery."