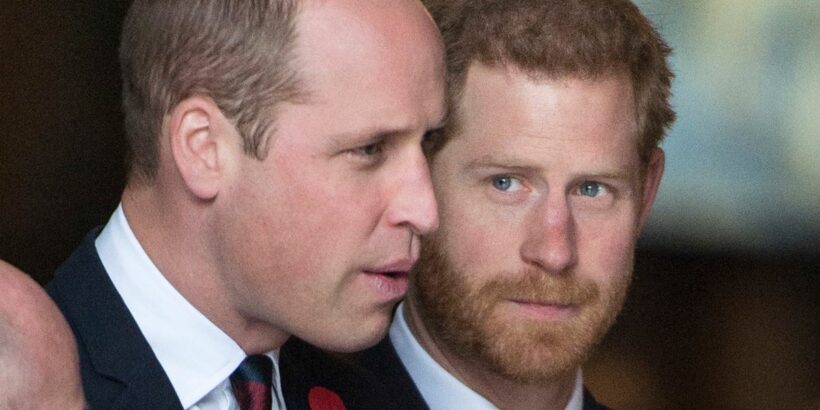 Prince William is hesitant to patch up his relationship with Prince Harry out of fear anything he says "will be plastered over American TV", a reported source has claimed.

The brothers are reportedly back in touch after Harry and Meghan's bombshell interview with Oprah Winfrey.

It ends a long period of frostiness that began when the Sussexes announced they were stepping down as working royals.

However their conversations were "not productive", TV host Gayle King claims, and a source close to William says the intense coverage of the now-famous interview on both sides of the Atlantic has caused a lot of wariness.

"There's a lack of trust on both sides which makes moving forward very hard," the source told Vanity Fair.

"William is now worried that anything he says to his brother will be plastered over American TV."

Harry spoke candidly about his fractured relationship with William in the interview, saying they are now on "different paths" and their relationship is one of "space".

After the interview aired, William said he would be speaking to his brother when quizzed by journalists at a visit to a school.

"I haven't spoken to him yet but I will do," he said, adding that the royals are "very much not a racist family".

Harry and Meghan made serious allegations about the conduct of the Royal Family, including that Meghan's mental health crisis was ignored and that discussions were had about how dark their son Archie's skin would be.

Meghan also accused the Palace of failing to protect the couple from false or unflattering media reports, as well as suggesting the Firm "perpetuated falsehoods" about them.

"I don't know how they could expect that after all of this time we would still just be silent if there is an active role that The Firm is playing in perpetuating falsehoods about us," she said. "They were willing to lie to protect other members of the family, but they weren't willing to tell the truth to protect me and my husband."

Gayle King, a friend of both Oprah and Meghan, has remarked that the Duchess has "plenty of receipts" to back up her claims.

Last week the Queen released a brief statement expressing concern about Harry and Meghan's allegations of racism and saying the matter will be dealt with in private.

Meanwhile Harry's allegation that his family "cut him off" financially early last year has been challenged by a source close to Prince Charles who insists the couple were provided with private monetary support "while they found their feet".

"(Prince Charles) is very upset and cut up…but he's keeping his private life private and getting on with the job," the source told the Sunday Times.

"It was a surprise to hear he'd been cut off, given the bank statements."

Daily Star has approached the Sussexes for a response.