Serena Williams, seven-time Wimbledon champion, lost her first match at a Grand Slam in a year. Harmony Tan, the 115th ranked player in the world, defeated the tennis legend 7-5, 1-6, 7-6(7) in a match that lasted over three hours.

It was a fiercely competitive match from start to finish, with neither player ever letting up or letting go. And there were signs of the Serena we all know. Her overhand smash was fiery. Her serve was strong and lively. She was full of passion and intensity. But at the start, it wasn’t quite the same. She was indecisive, leading to a lot of missed shots and unforced errors. She was also too eager at times, hitting balls that sailed wide and long. She had a 4-2 lead in the first set, but let it slip away as Tan won the next five games.

In the second game of the second set, Williams faced 12 deuces, continually giving Tan the advantage before taking it back, unable to string two points together. It was a tug of war that lasted 19 minutes and 43 seconds, but she came out on top to break Tan’s serve.

What Williams needed next was an easy hold, and while it wasn’t easy, she did get it to go up 2-0. She then won the next three games before Tan could even get herself on the board. Williams ended up taking the second set to force a deciding third.

And just like the first set, Williams had a 3-1 lead and gave it all up, then allowed Tan to take a 4-3 lead. She came back to tie it, but 4-4 is a precarious place to be. She rightly celebrated after taking a close game to go ahead 5-4, but she gave that lead back too. Tan eventually took a 6-5 lead, and Williams was on the ropes. She came within one point of defeat before she pulled it back to force a tiebreak. 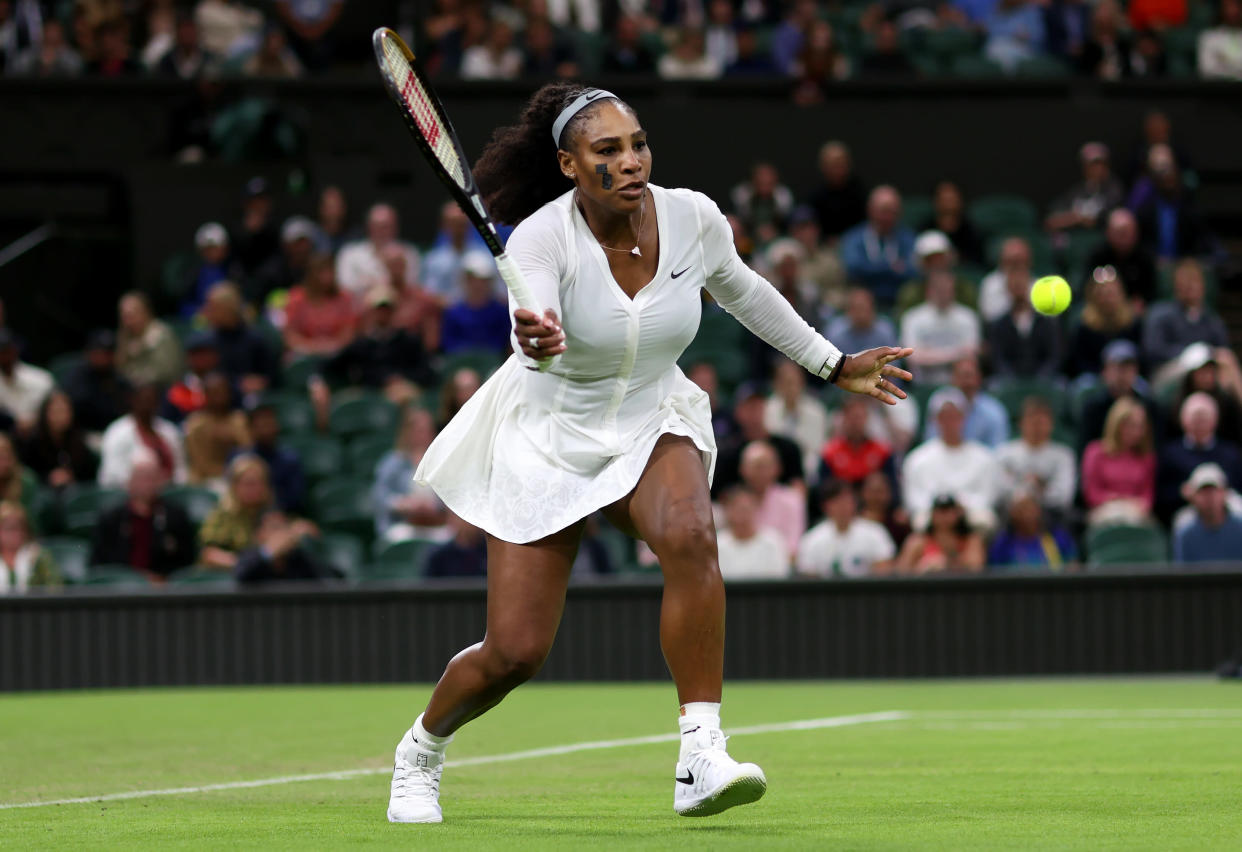 Williams took a 4-0 lead, having scored seven points in a row after facing match point. Then Tan came back after Williams made a few miscalculations, tying it at 4-4. Tan, who had been a spectacular competitor, just wouldn’t go away, refusing to bend to an actual sports legend. She took a 5-4 lead, but the crowd urged Williams on, willing her to dig deep. But Williams was quickly back in the danger zone, down 9-7 and facing match point. This time, she couldn’t pull it back.

You could attribute this loss to her age, or to the fact that she’s played a grand total of two matches in the past year before Tuesday. It’s hard to know which one is more at fault than the other. Without seeing her play again, which would likely happen at the US Open in late August, we won’t know. But one thing is true: Williams played well enough to win. Unfortunately, on Tuesday, it just wasn’t enough.

It’s hard to imagine a world in which the great Serena Williams ends her career after a disappointing first-round loss at one of her favorite tournaments. She will hopefully give herself more time to play, because the more she plays, the more decisive she’ll be. Williams might not be able to turn back time, but that is one concrete thing she can definitely improve to give herself a greater advantage whenever we see her next — which we hopefully will at Flushing Meadows later this summer.

Williams has only lost in the first round of a Grand Slam twice before Tuesday, and had done it just once before at Wimbledon in 2021 (though that was due to injury). This is not the type of career history that Williams wanted to make, but it doesn’t have to be her final or defining moment. But in the end, that’s up to her.