Former special forces soldier Ben Roberts-Smith has told his Federal Court defamation trial that being awarded the Victoria Cross “put a target on my back” and left him open to spite-fuelled attacks from other soldiers.

On Friday, the eleventh anniversary of a 2010 battle in Tizak, Afghanistan, for which he was awarded Australia’s highest military honour, Mr Roberts-Smith said the 14-hour military assault had “put a dent” in the Taliban “that they would not recover from for many years”. An estimated 76 Taliban insurgents were killed in the battle. 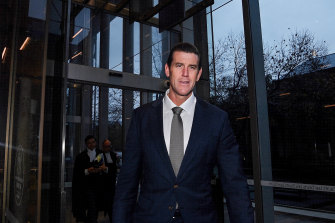 Ben Roberts-Smith outside the Federal Court on Thursday.Credit:Kate Geraghty

“That kind of battle has not happened for Australian troops since Vietnam,” Mr Roberts-Smith told the Federal Court in Sydney on the fifth day of his defamation trial against The Age and The Sydney Morning Herald over reports that he says portray him as a war criminal.

The former Special Air Services (SAS) soldier said he had to make a decision during the battle when two of his SAS comrades came under sustained fire from Taliban insurgents.

“The decision was, ‘Could you go home and face their families if you didn’t do anything … or do you go and potentially get injured or killed yourself’?” he said.

Mr Roberts-Smith said he had always tried to serve his country with honour and he could die knowing that he had done the right thing, and his family would know that he still had his honour.

He was not aware at the time of the significance of the battle, he said, but in retrospect he came to realise that “in terms of what we achieved by way of disrupting the insurgent network … it was extremely significant”.

Mr Roberts-Smith said “everyone fought with bravery and gallantry” on June 11, 2010, with “some fighting for their lives”.

“That Victoria Cross is for what we achieved. You have to do it together,” he said.

Mr Roberts-Smith said that being awarded the Victoria Cross in 2011 was an honour and he had “such respect” for the institution, but it had “also brought me a lot of misfortune and pain”.

Asked by his barrister, Bruce McClintock, SC, if he observed a change in attitude towards him by his comrades after he received the award, Mr Roberts-Smith replied: “Absolutely. It put a target on my back.” 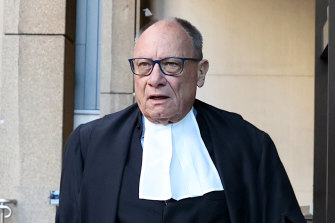 He said he had always made it clear that he wasn’t in the SAS to make friends and had had “clashes” with comrades in the past. But once he became a “tall poppy”, the award could be used against him “out of pure spite” to undermine and belittle him, he said.

Of one SAS witness who is expected to give evidence for the media outlets, known as Person 7, Mr Roberts-Smith said: “For some reason he could not get over the fact that I had a Victoria Cross.”

He claimed that soldiers would write “childish things” on a noticeboard to undermine him, such as “RS is just trying to get another medal”.

Mr Roberts-Smith launched defamation proceedings in 2018 over reports in The Age and the Herald, now owned by Nine. He says the articles accused him of murder during his 2009 to 2012 tours of Afghanistan and committing an act of domestic violence against a woman with whom he was having an extramarital affair. He is also suing three journalists and The Canberra Times, now under separate ownership.

He denies all wrongdoing. The media outlets are seeking to rely chiefly on a defence of truth.

In an opening address on Thursday outlining the media outlets’ truth defence to the defamation claim, barrister Nicholas Owens, SC, said 21 current and former SAS soldiers would give evidence for the newspapers.

Mr Owens alleged Mr Roberts-Smith was involved in or committed six murders of Afghan men, contrary to the Geneva Conventions which make it unlawful to kill a person under the control of Australian troops regardless of whether they are a suspected insurgent.

Mr Owens said an earlier suggestion by Mr Roberts-Smith’s barrister that the 21 men were motivated by jealousy or were misremembering incidents owing to trauma was “inherently implausible”.

During his evidence on Friday, Mr Roberts-Smith also dismissed as “ludicrous” the suggestion he told one soldier during a training session that he needed to kill an Afghan detainee, or used the words “You good with that? Because that’s how it’s gonna be when we get over there.”

He also denied saying in 2012 that, “before this trip is over I’m going to choke a bloke to death and watch the life drain out of his eyes”.

He said his aim was always to complete his missions, bring his people home alive and to serve with honour.