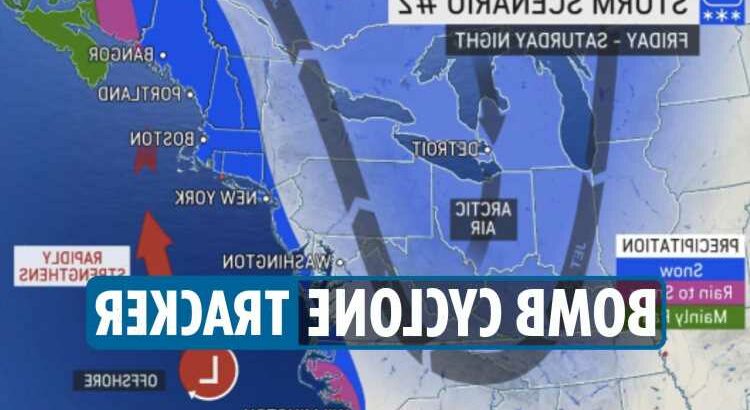 WINTER Storm Kenan has prompted a storm warning for this weekend in New York and the Northeast.

Forecasters have warned that up to 20 inches of snow could fall this weekend.

The Northeast could see its first 'bomb cyclone' blizzard in four years, according to meteorologists.

The potential nor’easter is expected to form off the Mid-Atlantic by the Carolinas late this week and charge up the East Coast over the weekend.

As of Thursday, the track of the storm shows central and eastern Long Island to New England could be the hardest hit.