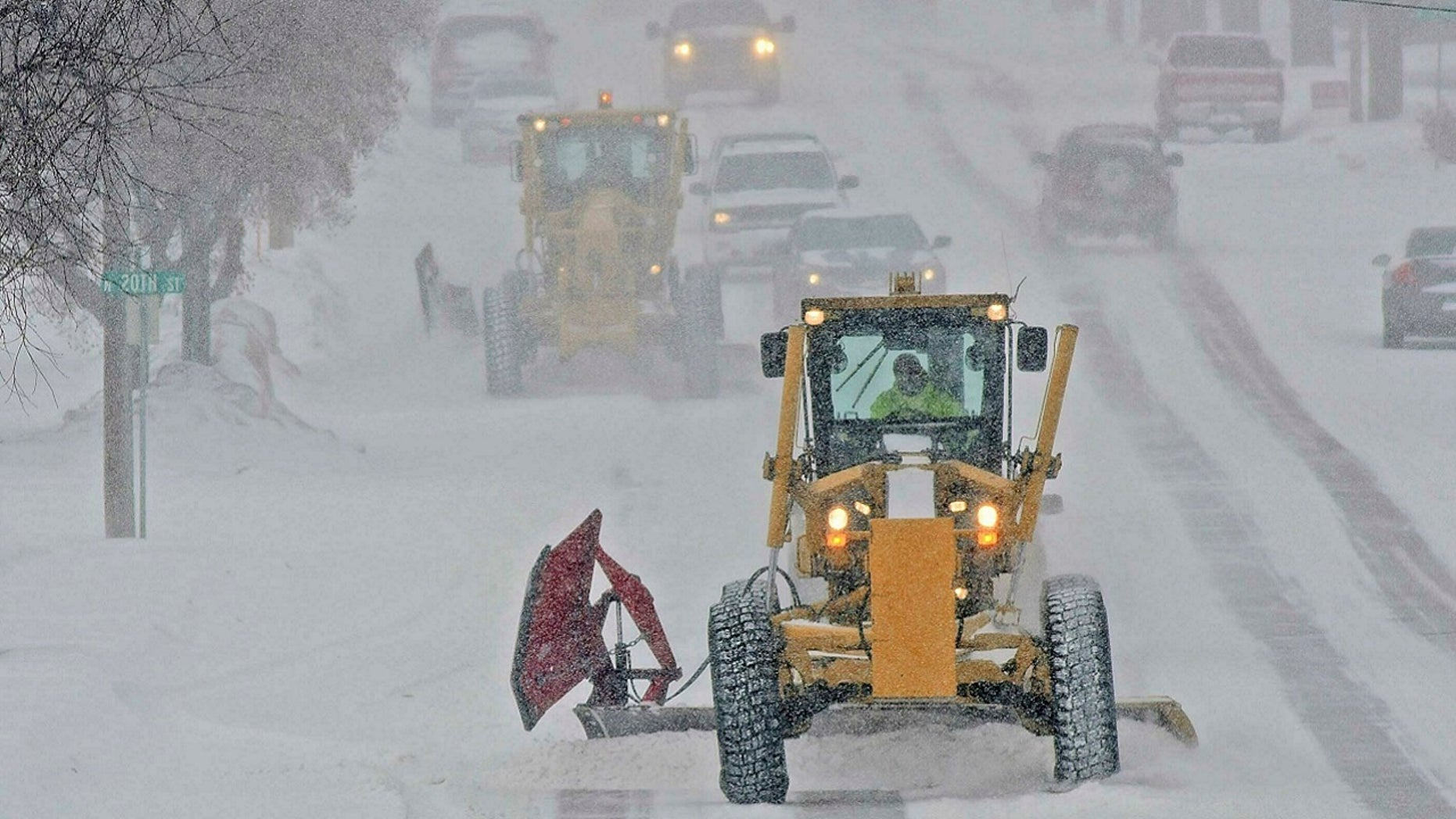 A massive winter storm swept across the Midwest on Friday, bound for New England, where it was projected to dump as much as 2 feet of snow over the weekend. The National Weather Service said more than 116 million people live within its path.

Conditions "could approach blizzard criteria" in many areas, the weather service said, as it issued winter storm warnings from the Dakotas, across the Great Lakes states and into the upper Norttheast. Dangerous ice was also a possibility in some areas.

Chicago is forecast to receive as much as 8 inches of snow Saturday, with wind gusts reaching as high as 35 mph.

Overall, more than 500 flights were canceled across the nation Friday, with more than 4,700 delayed as of 11:40 p.m. EST. Another 240 flights were grounded for Saturday, according to flight-tracking service FlightAware.com.

In Pennsylvania, Gov. Tom Wolf declared a state of emergency Friday, releasing resources for combatting and recovering from the storm's effects, AccuWeather reported.

"We'll be aggressive in managing this storm," Wolf wrote in a Twitter message, "snowfall rates could exceed 1-2 inches per hour. Our top concern is the safety of residents. Postpone travel if you can, and be aware of changing conditions."

In New Jersey, Gov. Phil Murphy announced a state of emergency and travel restrictions that will take effect at noon Saturday. The snowstorm is expected to hit the Garden State and the rest of the New York City metro area on Saturday evening, New York City's FOX 5 reported.

The National Weather Service in Albany, N.Y., said snow could fall at a rate of 1 to 3 inches an hour into Sunday, creating "difficult to impossible travel conditions" in many areas.

In Iowa, the Department of Transportation warned that visibility was less than a half-mile in many locations due to snow and wind. Snow was also starting to pile up in South Dakota, as authorities warned drivers to give plows extra room.

Meanwhile, in Nebraska, freezing drizzle fell Friday afternoon. A Southwest Airlines plane slid off an ice-slicked runway, prompting authorities to close Omaha's Eppley Airfield. No one was injured. Eppley suspended all flights for a few hours before reopening, but airport officials warned that most flights would continue to be delayed.

On the West Coast, Pacific storms continued to batter California, which has seen heavy rain and snow this week.