HAVANA (Reuters) – Communist-run Cuba, laboring under a six-decade U.S. embargo, is betting a biotech sector begun by late revolutionary leader Fidel Castro can give the Caribbean island an edge in a global race to find effective treatments for the new coronavirus. 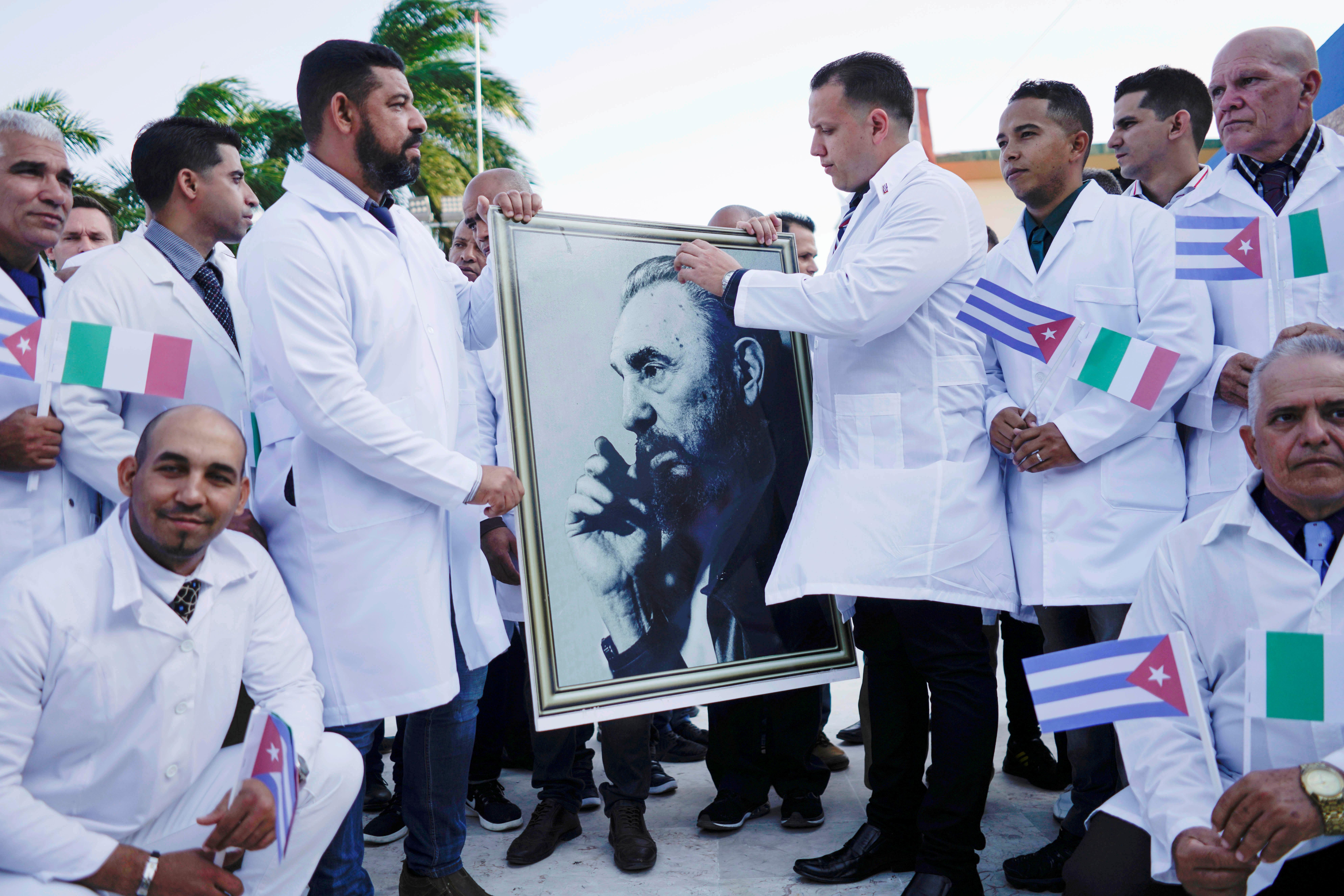 The island nation says it has been successful in treating the novel coronavirus at home and in China, and that 80 countries have already expressed an interest in buying its interferon alpha 2b.

The government is hoping that its interferon and other treatments it is developing will provide a lift to its struggling economy.

“We have good products like interferon alpha 2b that we are exporting and that open possibilities,” Trade Minister Rodrigo Malmierca said during a recent televised roundtable.

Interferons have long been used internationally to treat dengue fever, cancer and hepatitis B and C. Studies during the SARS epidemic in 2003 suggested interferons might also be useful against coronaviruses.

Havana has promoted that China, where the pandemic emerged last year, included interferon in its treatment guidelines for COVID-19, the disease caused by the virus. One of the interferons it used is produced by a joint Cuban-Chinese venture Changheber, Cuban authorities said.

Critics have accused Cuba of advocating a treatment that is unproven for COVID-19, as well as originally obscuring the fact other countries also produce interferon alpha 2b.

Interferons can cause serious side effects when administered in their usual forms – injections or infusions – some of which may mirror COVID-19 symptoms, such as fever and breathing difficulty.

Cuba, however, says it has treated nearly all of its patients with interferon injections and credits the medicine for helping it achieve a lower mortality rate among its 1,804 confirmed COVID-19 cases – 4.1% versus an average of 5.9% for the rest of the Americas.

It has also flagged a trial at Taihe hospital in China’s Hubei province at the height of its outbreak that suggests newer ways of administering interferon may help contain the virus and even prevent contagion with fewer side effects.

None of the nearly 3,000 healthcare workers who used interferon nose drops became infected with the novel coronavirus, according to an informal study report reviewed by Reuters. They included more than 500 with high exposure to infected patients, the Chinese researchers said.

The trial used interferon alpha, albeit not specifically the Cuban version, and the results have not been formally peer-reviewed or published in reliable medical journals.

In a separate trial at Union hospital in Wuhan, China, COVID-19 patients who inhaled interferon in an aerosol formulation had faster improvement in respiratory symptoms and clearance of the virus from their blood than patients who did not receive interferon, according to another informal report by Chinese, Australian and Canadian researchers.

Randomized controlled trials are needed to corroborate these early findings and dozens of studies involving interferon are underway worldwide.

Cuba is not waiting for those results. It is already starting to use interferon nose drops for infection prevention in medical workers.

Interferon, considered a potential miracle drug in the 1970s and 1980s, has a special place in Cuba.

Castro, whose 1959 revolution prioritized health and education and who often took a keen interest in scientific developments, sent Cuban scientists abroad to study its production.

They swiftly figured out how to manufacture it at home and the drug was used successfully during a 1981 outbreak of hemorrhagic dengue fever. That was when Cuba’s biopharmaceutical sector started to grow in earnest despite obstacles posed by the U.S. trade embargo.

It now produces most of the drugs used in Cuba as well as more than 300 products for export to more than 50 countries, including a therapeutic vaccine for lung cancer called CIMAvax.

There are now 21 research centers and 32 companies employing some 20,000 people under the umbrella of the state-run BioCubaFarma.

Medicine exports brought in $442 million in 2016, according to the latest available official data, surpassing export revenue from sugar, rum or tobacco.

Supporters of Cuba’s success say it disproves the idea that free market competition is needed for pharmaceutical and biotech innovation. Skeptics question whether the mostly state-financed industry is in fact profitable, and whether it can flourish given Cuba’s cash woes.

Cuba has not been able to produce enough medicines to fully meet domestic demand in recent years under strict austerity measures.

But the pandemic may present a unique opportunity for the sector to burnish its reputation and generate hard currency.

BioCubaFarma President Eduardo Martínez gave a presentation last week on a raft of drugs Cuba is testing and developing to strengthen the immune system against COVID-19, prevent a worsening of symptoms and help patients recover.

It is developing its own version of AbbVie’s (ABBV.N) Kaletra, an HIV therapy being tested in combination with other drugs, including interferon, against COVID-19.

“We are creating the conditions to introduce (these drugs) at an industrial level and to crank up their production,” he said.