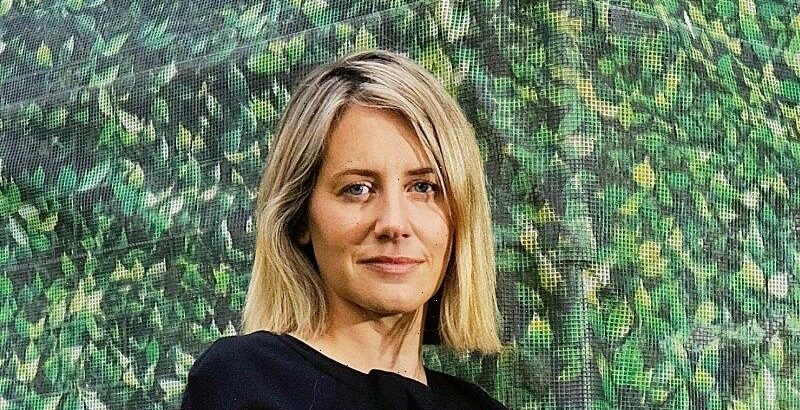 Victorian Nationals leader Peter Walsh says his outgoing deputy, Steph Ryan, had the talent and character to be the party’s next leader.

Despite state Liberal leader Matthew Guy expressing surprise and sadness at the loss of Ryan – arguably the Coalition’s best-performing female frontbencher – the Liberal Party will try to take her central Victorian seat of Euroa from the Nationals. 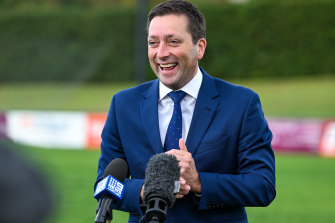 Matthew Guy praised Ryan and denied her resignation had anything to do with the Coalition’s prospects at the upcoming state election.Credit:Joe Armao

On Wednesday, Walsh, 68, guaranteed that he would serve a full term after the November state election. But Ryan, whose resignation to spend more time with family was first reported in The Age on Tuesday, had been widely seen as the next party leader and, should Coalition win a future election, deputy premier.

“When she came to me, she said, ‘It’s never a good time to talk about this, but I’ve come to this conclusion; I’ve thought about it long and hard’. As a colleague and a friend, I respected the fact she arrived at that decision,” Walsh said.

“I didn’t want to make it harder for her. She has all the talent and characteristics to be a great party leader.”

Ryan, 36, was one of only six women in the Coalition’s group of 27 lower house MPs. 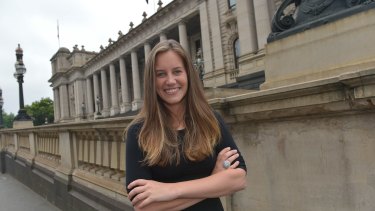 Steph Ryan was elected to the Victorian parliament in 2014.Credit:Joe Armao

Walsh, who said he would like to see a woman replace Ryan in Euroa, denied her decision to quit revealed a lack of faith in the Coalition’s prospects of winning the November election. The Coalition needs to win another 18 of the lower house’s 88 seats to form a majority.

Guy and many of Ryan’s Coalition colleagues insisted she was telling the whole story when she said in a statement on Thursday: “With a little one at home and another on the way, it is time for me to seek a job that offers greater flexibility.”

Guy, who declared his team could win the state election, said that Ryan’s big call was not a vote of no confidence in the Coalition’s prospects, but an illustration of how children can change a parent’s outlook and aspirations.

“When you have children, everything changes in life … Your priorities on everything change,” he said. “It doesn’t matter about what comes next politically. Suddenly, the priority of everything in your life is your children.”

“I remember being up the road at the hospital when my son was born, and he was premature. People were asking me to come back to parliament because there were things to do. Your focus is on your children.”

Walsh and Guy explained that time normally spent at home, at night and on weekends, was often spent by politicians at community events and political meetings. Being a regional MP posed even greater challenges, Walsh said, because extra time is spent travelling long distances and MPs often need to spend parliamentary sitting weeks in the city away from families.

“It’s not a job that’s nine-to-five. There are long hours at night. There are weekends,” Guy said.

The Nationals deputy leader has become the 16th lower house MP, out of 88, elected at the last election who will not contest the upcoming poll.

Ryan, who advocated for action on climate change when federal Nationals colleagues did the opposite, was praised by former deputy prime minister Michael McCormack, who said her style and vision added to the party. “She has been so dynamic, so refreshing, so forthright,” he said in a Twitter post.

Under a Coalition convention, the Nationals and Liberals do not run candidates in the same electorate if one of the parties holds the seat. But when a sitting Coalition MP retires, it is acceptable for both parties to field candidates against the other.

The Liberal Party will open nominations until early August.

Liberal Greg Mirabella, who lost his Senate position at the last federal election, has been urged by some supporters to run in Euroa because he has links to the local area.

However, he intends to nominate for the state presidency of the Victorian branch of the Liberal Party and is outgoing president Robert Clark’s preferred pick.