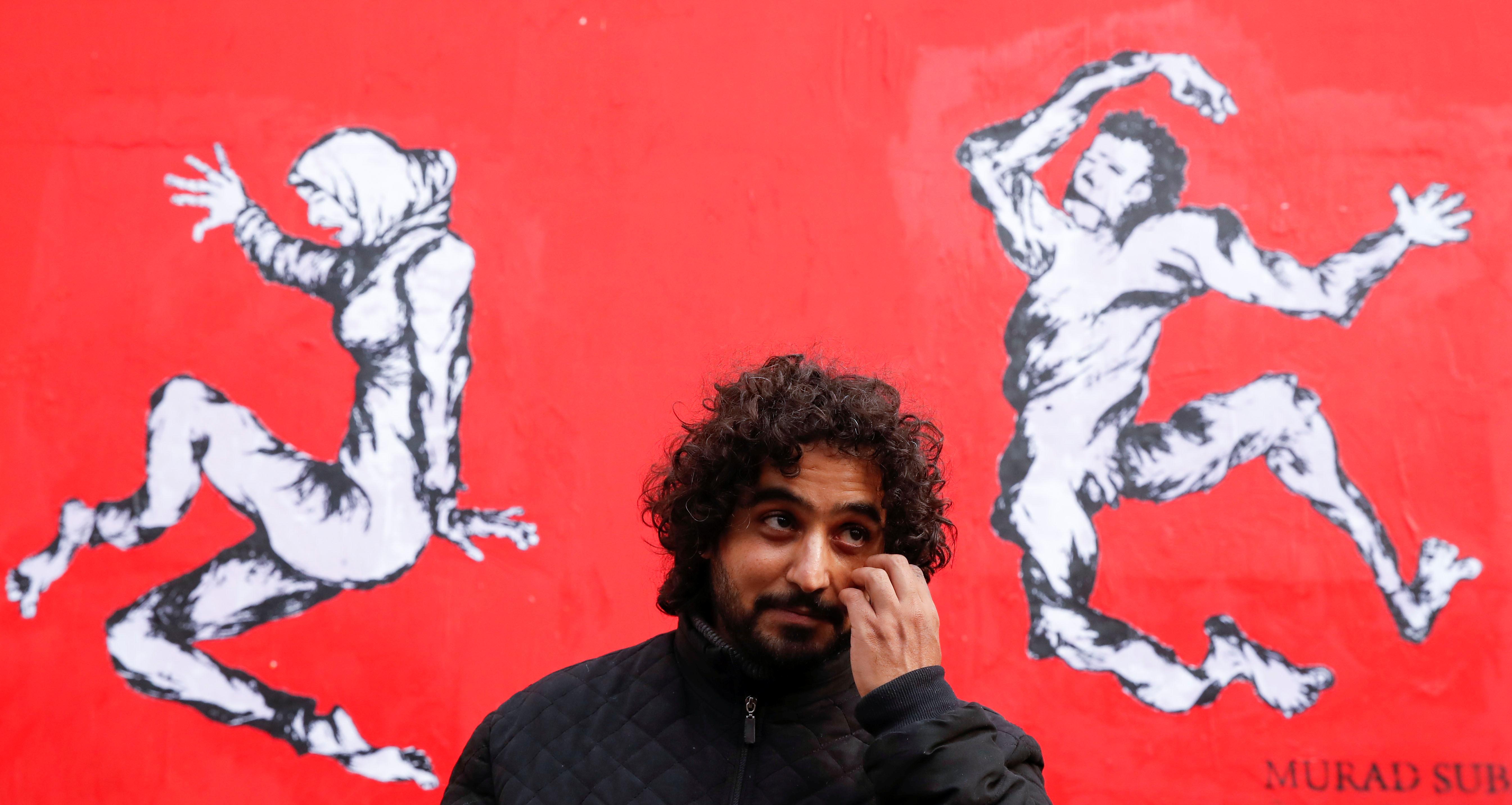 PARIS (Reuters) – Three dangling bodies painted against a blood red background shocked passersby in central Paris on Tuesday after a Yemeni artist unveiled a mural to denounce French arms’ sales to the Saudi-led coalition fighting in his homeland.

The three-metre (10 ft) high mural entitled “Last Dance of the Dead” was created by Murad Subay. He started painting when the conflict in his country broke out in 2014 to raise awareness on arbitrary arrests before taking his brush to the bombed out rubble in the capital Sana’a.

“This is inspired from real stories of people who died in the war and I am trying to convey how war has affected the people,” Subay, who fled to France 18 months ago and is part of the Artist Protection Fund (APF), which provides relief and safe-haven to artists at risk.

France is among the world’s leading arms exporters with its sales to Saudi Arabia last year rising 50% despite the government calling for an end to the conflict in Yemen.

Paris says its arms sales are governed by strict procedures that are in line with international treaties. President Emmanuel Macron claimed for the first time in May he had received guarantees from Saudi and the United Arab Emirates that French weapons were not used against civilians.

“We’re seeing a change in the public language, but what we’ve been asking for over the last two years is an end to arms sales,” Aymeric Elluin, advocacy officer at Amnesty International France, told Reuters.

At least 10,000 people have been killed in Yemen’s civil war and millions displaced, according to the last available figures from the United Nations in 2016. The Armed Conflict Location & Event Data Project (ACLED), a database that tracks violence in Yemen, said in October around 100,000 people have died since 2015.