BEIRUT (Reuters) – Protesters formed a human chain across Lebanon on Sunday, pressing a historic wave of demonstrations against political leaders blamed for corruption and steering the country toward economic collapse. 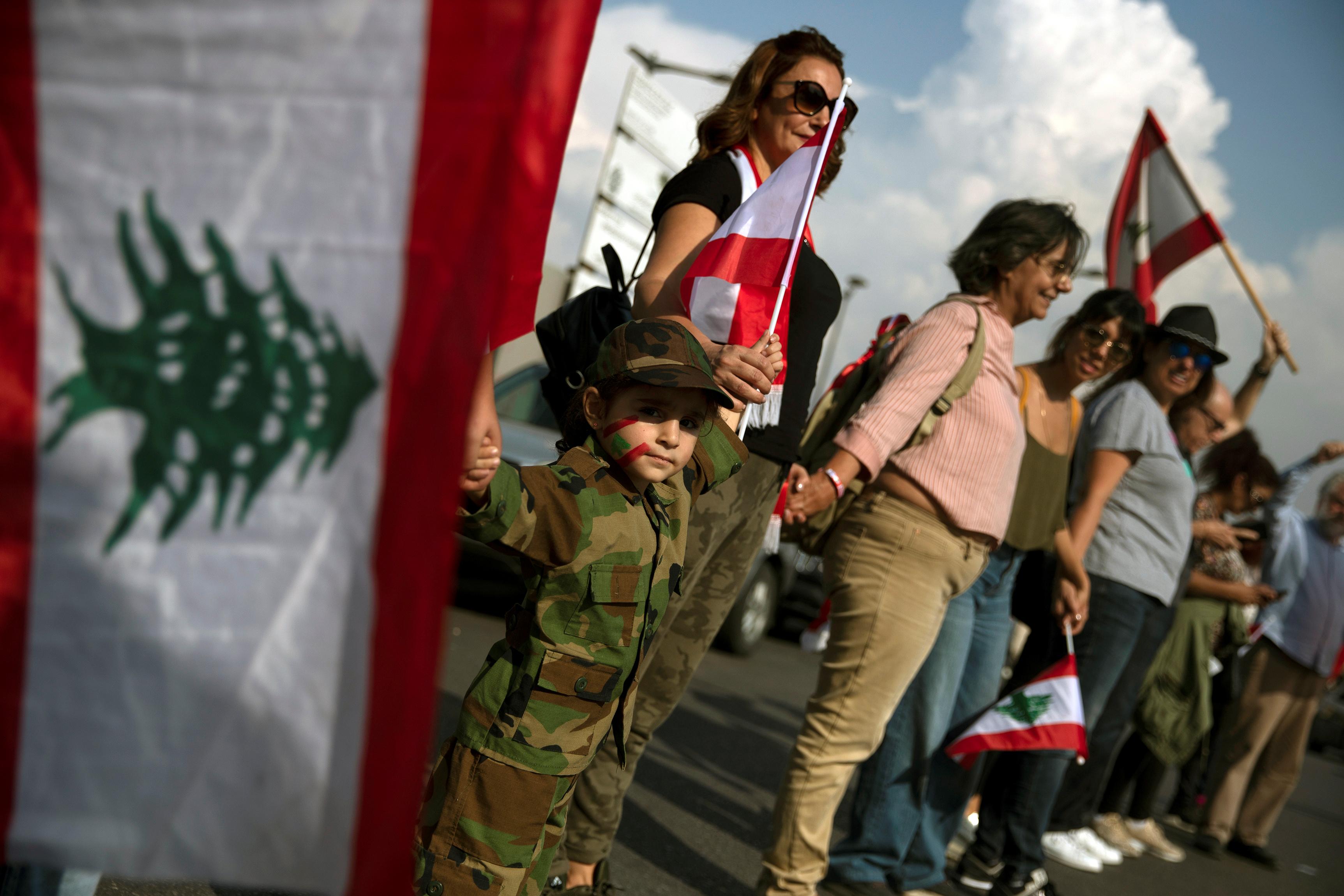 With the crisis in its second week, there was no sign of moves by the government toward a compromise with protesters whose demands include its resignation.

Reflecting financial strains unseen since the 1975-90 civil war, the millers association said wheat stocks were enough for just 20 days due to problems making foreign currency payments over the past two months.

Lebanon’s banks will remain closed on Monday. They have been shut for eight working days out of safety concerns. Bankers and analysts also cited wide fears depositors will try to take out their savings when banks reopen.

Schools and many businesses have also shut their doors. Protesters have blocked roads across the country for days.

People from all sects and walks of life have flooded the streets for 11 days, furious at a sectarian ruling elite they accuse of plundering state resources for personal gain.

The protests, ignited in part by a government plan to tax WhatsApp calls, have swept Lebanon at a time of deep economic crisis. Efforts by the army to persuade protesters to unblock the roads have failed.

Amid a sea of Lebanese flags and music blaring from loudspeakers, people joined hands along coastal roads on Sunday, aiming to span 171 kilometers from the south to the north.

“What’s happening is proof of how peacefully we are protesting, when you see people all holding hands and having one heart,” said Nadine Labaki, an Oscar-nominated Lebanese filmmaker taking part in the chain in Beirut. “Today is a fateful day.”

At the Vatican, Pope Francis offered his prayers on Sunday for young protesters in Lebanon and asked for the international community’s support to keep the country a place of “peaceful coexistence”.

The size and geographic reach of the protests have been extraordinary in a country where political movements have long been divided along sectarian lines and struggle to draw nationwide appeal.

“We’re here to show the whole world that we are united,” said Rasha Hijazi, joining hands with others in the southern city of Sidon. “Everyone is coming to stay united against the corruption we are living with in this country.”

The millers association said the shortage of foreign currency has so far left three vessels unwilling to discharge the grain until payments are settled.

Asked in a WhatsApp message what was expected at the political level, one senior politician replied “deadlock”. A second said “there are no new developments regarding the deadlock”.

Lebanon’s government is grappling with one of the world’s heaviest public debt burdens at 150% of GDP. It has declared an economic emergency to try to get its finances under control.

It said deposit outflows totaled $2.1 billion for the first eight months of the year. The central bank’s usable foreign exchange reserves are estimated to stand at $19 billion at the end of 2019, it said. 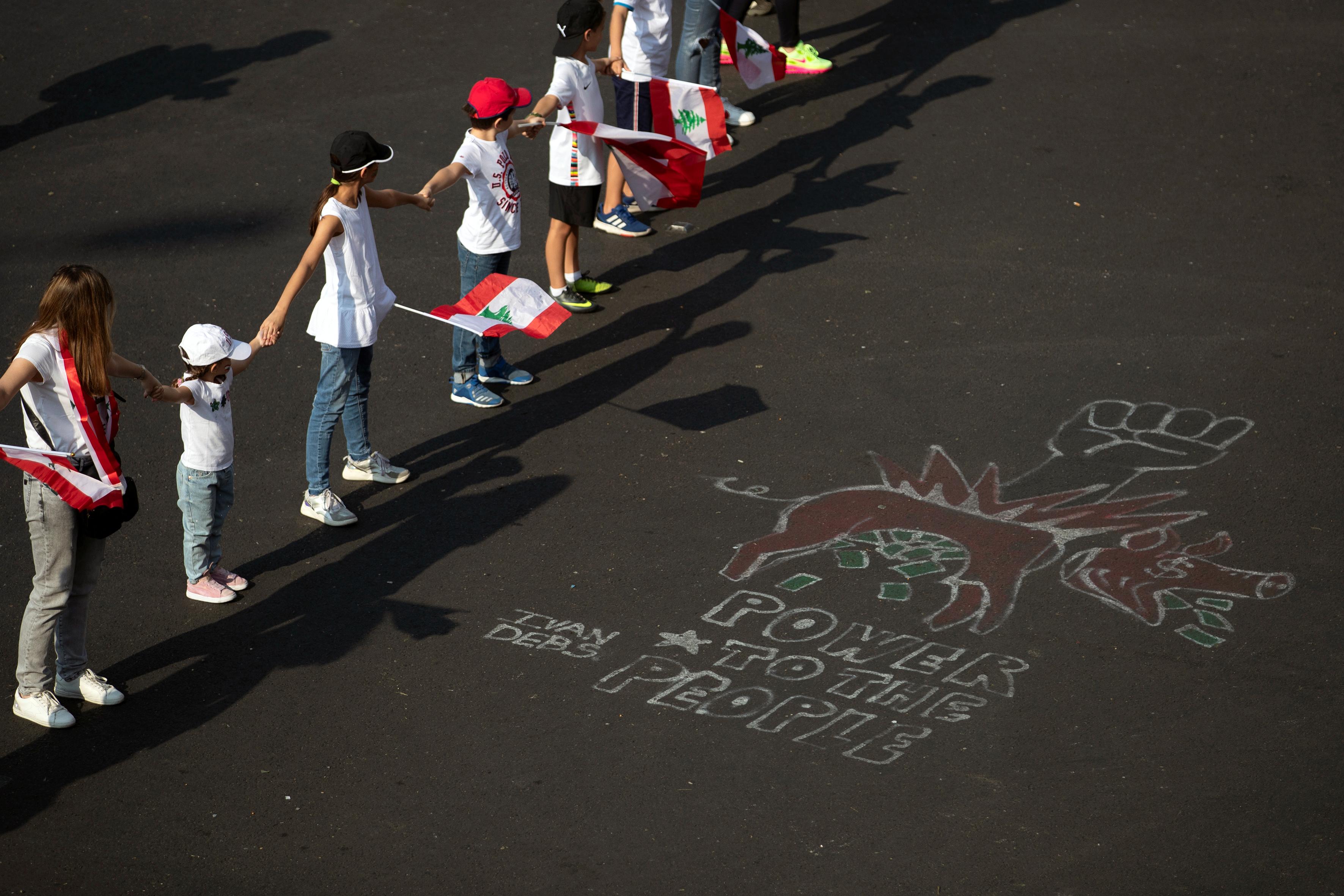 Prime Minister Saad al-Hariri’s government announced an emergency reform package this week that has failed to defuse the protests. It has also yet to convince foreign donors to unlock billions in badly needed aid which they pledged last year.

Lebanon’s Maronite Patriarch Bechara Boutros Al-Rai said the government could not ignore the people’s “cry” for a small, politically neutral cabinet and should comply with their demands before it is too late, the National News Agency reported.

He also urged protesters to allow freedom of movement and not to act “as if you are masters of the roads”.