Jordan Holgerson cracked five ribs and punctured her lung and “could have died” after belly-flopping into the Lewis River in Vancouver, Washington, on Tuesday. 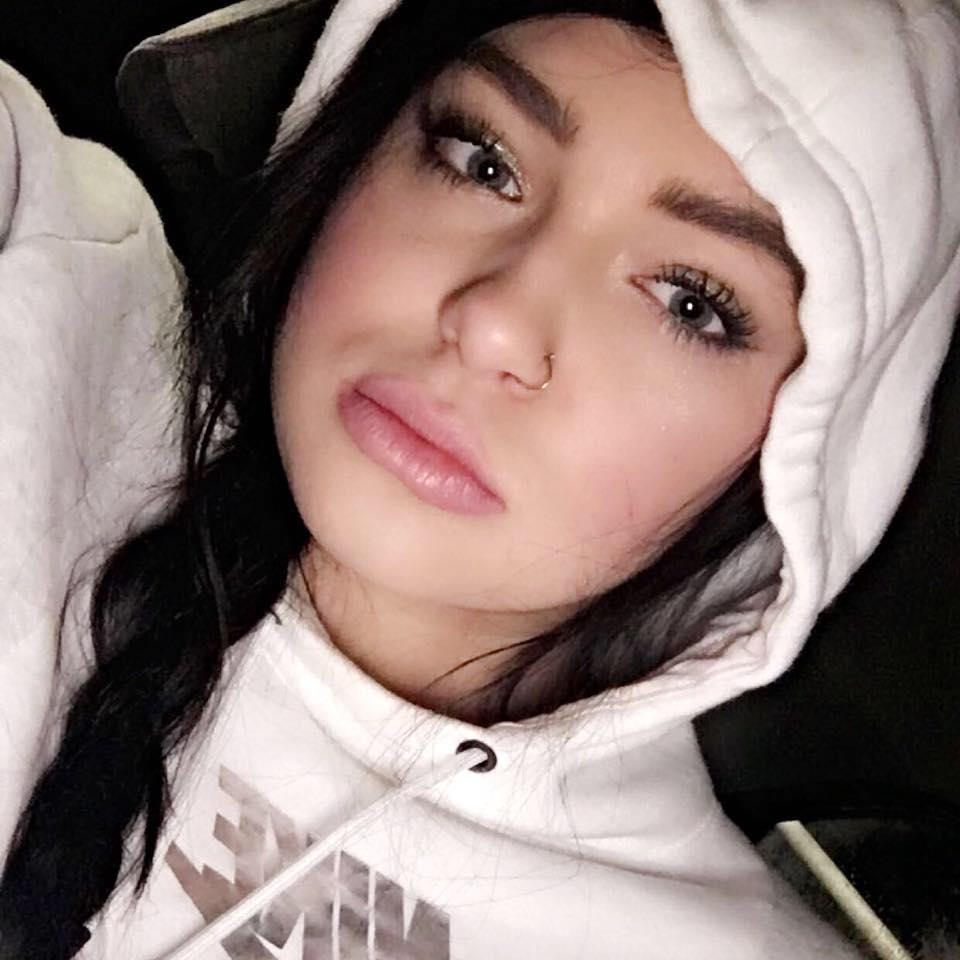 The Sun Online revealed that Taylor was later seen partying with friends “as if nothing happened” after the shove which left her friend unable to walk.

The teen was caught posing with a friend at the Clark County Fair in a post on Instagram on Saturday.

A close family source told Sun Online: “Taylor has been going out as if nothing happened.

“She's been at a pool party and there were pictures of her at the county fair with a friend on Instagram. Jordan can hardly walk and is in so much pain – she can't do any of those things.

“Taylor hasn't been to visit Jordan to see if she is ok. She clearly doesn't care. She messaged Jordan to say sorry but nobody thinks it was a sincere apology." 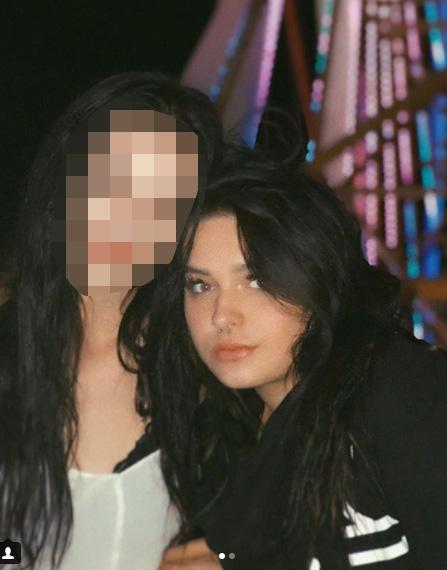 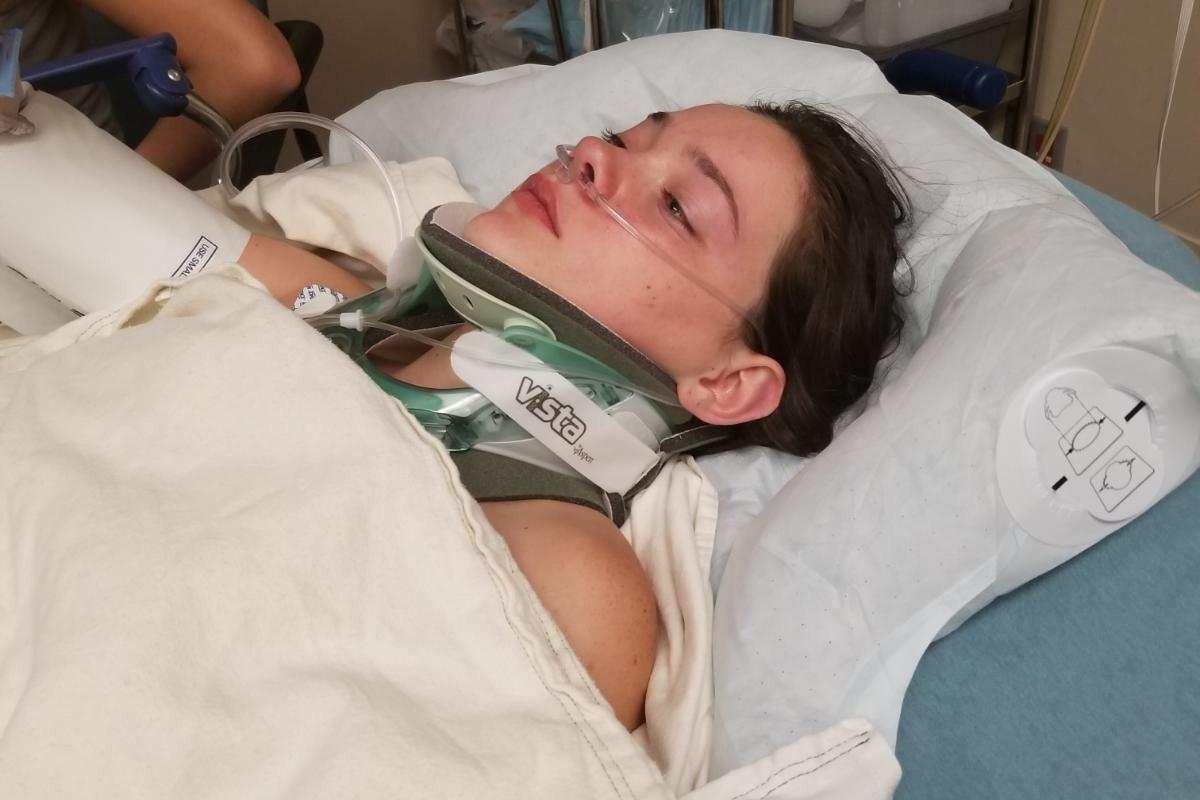 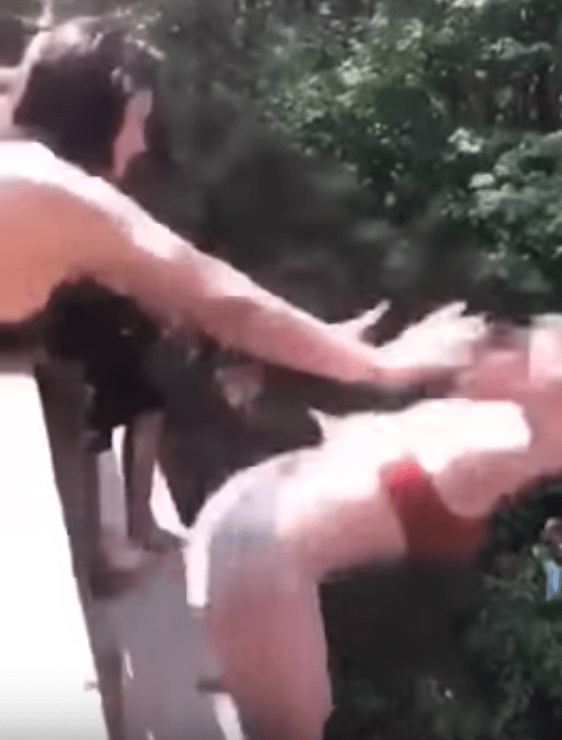 According to sources, Taylor has left school, is unemployed and lives with her grandmother.

Jordan has told how she blacked out as she was abruptly pushed off the edge of the bridge.

She told told a local website: “In midair I think I might've blacked out… I was awake and aware when I hit the water.”

Someone had to swim out to rescue her before she was taken to the nearby PeaceHealth Southwest Medical Center in Vancouver.

Ashley Mahree, the girl who recorded and shared the video online, said: “This looks to be almost criminal.”

She wrote in the YouTube description: “This could have easily taken a life, and I think this girl needs to be held accountable in some way.”

Sun Online has reached out to Taylor and her grandmother for comment. 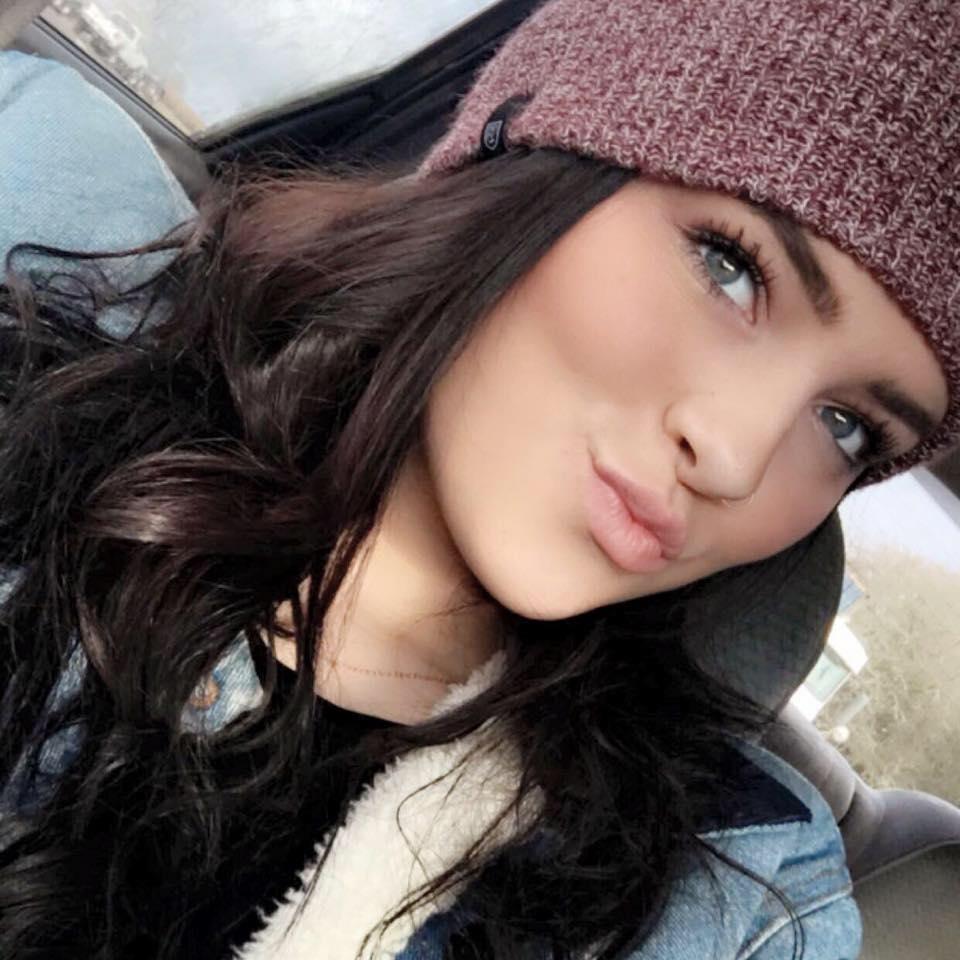 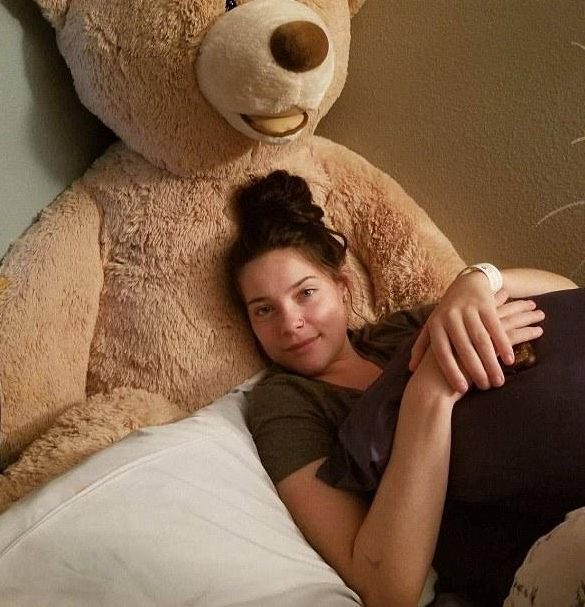 Jordan's auntie Kristie Morgan revealed her niece has been "physically and emotionally" scarred by the fall but she does not wish revenge on her pusher.

She said Jordan, who woke up in hospital "crying in pain", finally went home on Friday but is suffering panic attacks since plummeting off Moulton Falls Bridge .

Another family member told The Sun Online what Taylor did was "horrible", but they "don't wish anything bad against her".

Photos from a GoFundMe page raising money for Jordan's recovery showed her lounging against a giant teddy bear with a hospital tag around her wrist.

They were worlds apart from the snaps, taken from her hospital bed, which showed Jordan with a neck brace and unsightly scars on her inner thigh and ribs.The crowd-sourcing page claimed the schoolgirl had "damaged the lining in her uterus" and is constantly in pain.

Kristie added: "She is really suffering physically and emotionally. She went home last night and woke up crying in pain this morning."

She had previously taken to Facebook to demand the police take action against the woman who shoved her. 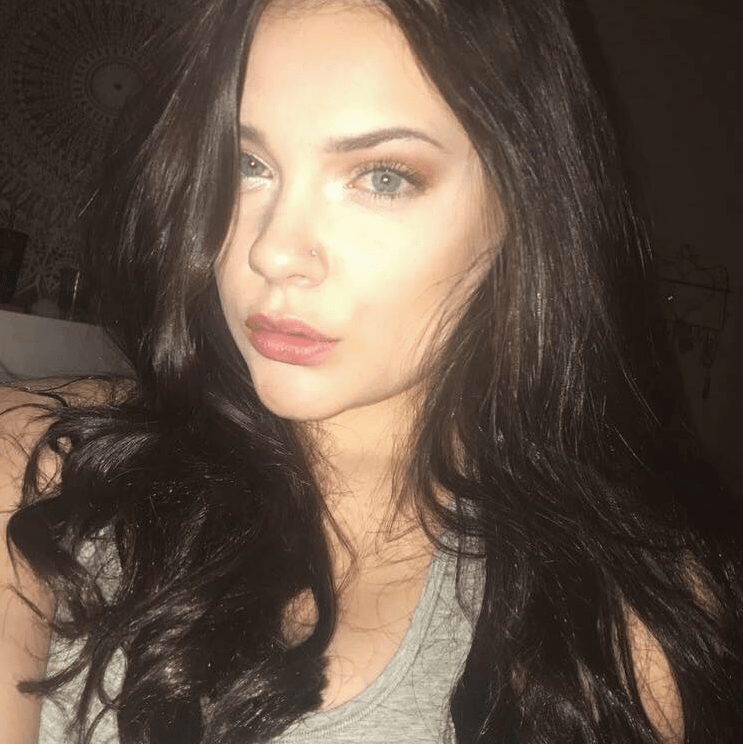 Kristie added: "She doesn't wish to seek revenge on her friend. But in my opinion her friend needs to learn a lesson.

"She could have killed her and it wouldn't be a question at all if she was in trouble for her actions. She would be in jail right now. But that is how Jordan feels.”

Her mum told Thoroughbred Daily News that her daughter is "lucky not be paralysed or dead".

Jordan and her friends had climbed up to the bridge with the intention of jumping but as she stood on the edge, she had second thoughts. 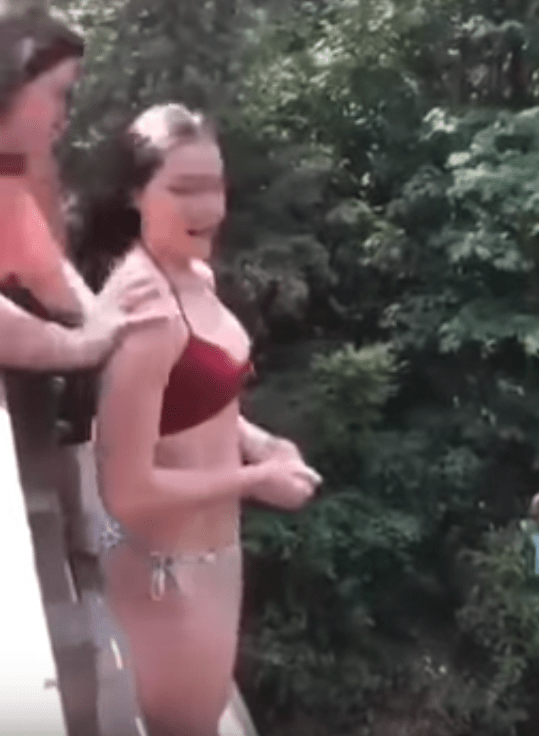 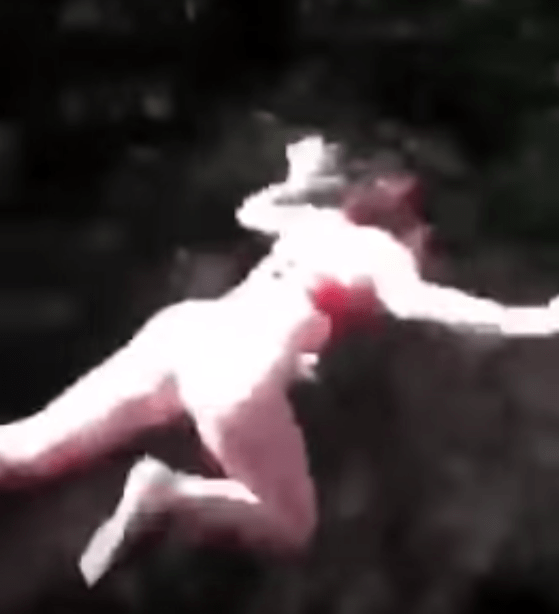 Clearly scared as she looked down at the water below, one of her so-called pals gave her an aggressive and abrupt shove in the back.

Rather than falling feet first and streamlined, Jordan plunged with her arms and legs flailing wildly before hitting the water with almighty clap.

She later told a local website: "In midair I think I might've blacked out… I was awake and aware when I hit the water."

Someone had to swim out to rescue her before she was taken to the nearby PeaceHealth Southwest Medical Center in Vancouver. One of Jordan's sisters, Kaytlin, said she confronted the girl who pushed her on social media, demanding an apology.

She told local site KOIN: "Friends don't push someone from that high… I was p****d. She pretty much said that she was sorry for doing it and she wouldn't have done it if she knew the outcome.

"I think the girl that pushed her should have some sort of consequence because you wont learn your lesson if you think you can could do that again and think it will be fine."

Ashley Mahree, the girl who recorded and shared the video online, said: "This looks to be almost criminal."

She wrote in the YouTube description: "This could have easily taken a life, and I think this girl needs to be held accountable in some way."

Kristie has set up a GoFundMe page to raise money for her Jordan’s medical bills.

Clark County Fire Chief Ben Peeler confirmed it is illegal to jump from the bridge.