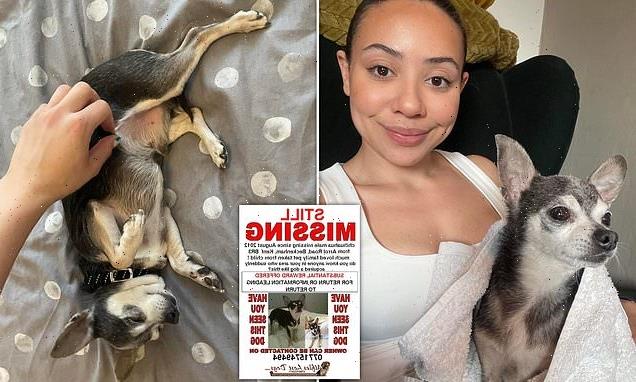 Travel company worker, 22, sobs as she is reunited with chihuahua who was stolen 10 YEARS ago after children find pet in park – 20 miles from her home

A thrilled dog owner has got her stolen pooch back — 10 years after he was pinched.

Tae Bennett was 12-years-old when her Chihuahua, Ollie, was taken by thieves.

She had been walking him in a London park in August 2012, when the dog thieves cut Ollie’s lead and bundled him in a car before speeding off.

Ms Bennett, now 22, had given up hope of ever seeing him again, and believed him to be dead.

‘When I was told he’d been found alive I just burst into tears,’ she said. ‘It was incredible and I never thought this would happen.’ 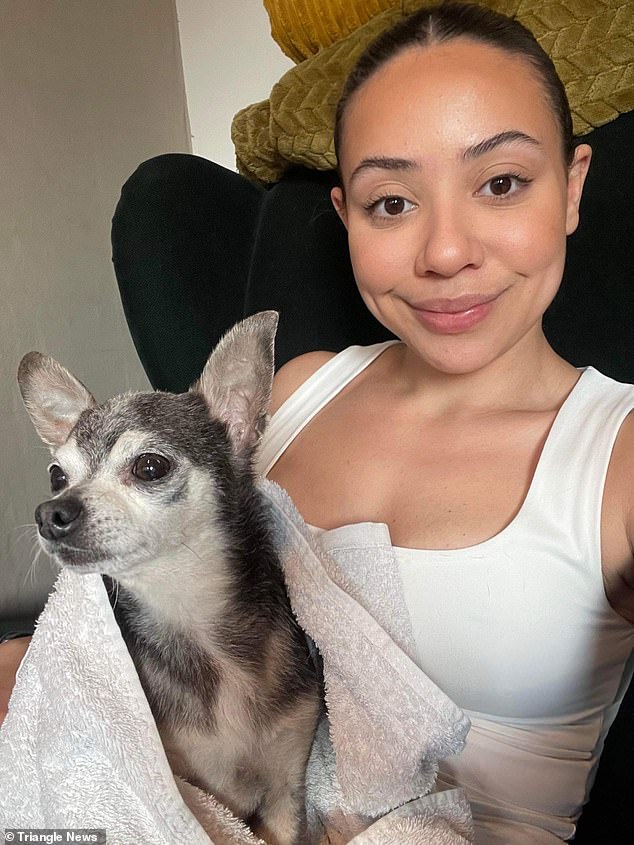 Tae Bennett, 22, had her Chihuahua, Ollie stolen from a park 10 years ago. She believed he had died, but they were reunited on Friday 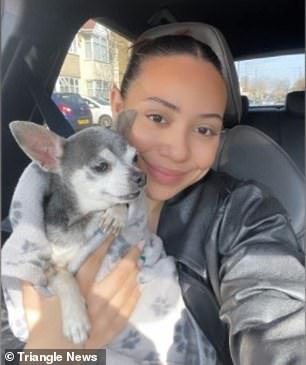 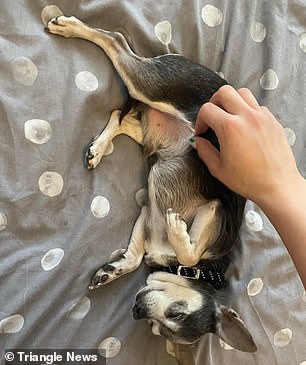 Reunited at last: The duo were brought back together on Friday after a decade apart

At first, the travel company worker had offered a reward on missing posters, and eventually got a dachshund called Chilli to replace him.

On Friday, Ollie was found by children in a park in Hounslow, west London — 20 miles from her home in Beckenham, south London.

Ms Bennett was stunned to be told he was alive and well after a decade apart, and they were reunited the same day.

Ms Bennett added: ‘Ollie was found in a park by some children, I’ve no clue where he came from.

‘My family had a call from a Hounslow Council Animal Welfare Officer, letting us know that a stray had been found near Hounslow Heath.’

She said that his distinct grey markings and microchip meant that he was identified as her missing pet.

‘After being missing for just under a decade I couldn’t believe it was him,’ she said. ‘Overall he is in good condition but he still needs to be checked over by a vet.’

Ms Bennett suspects that her dog may have been used for breeding, and either escaped or was purposefully let out due to his age.

‘He was two-years-old when taken from me and still remembers his life before being taken,’ she added.

‘As soon as Ollie came into the room and heard my stepdads voice, he immediately walked over to him, rolled onto his back and let him scratch his belly.

‘He definitely recognised him. As for myself, it took him a little bit longer, believe it or not, I look and sound completely different than I did when I was 12.’

Ms Bennett said that since coming home, Ollie has been ‘showered with love’.

‘He doesn’t seem to be in any distress or pain and enjoys going out in our garden for a run around.

‘He has settled in so well, considering I have a very needy Dachshund.’

Ms Bennett said that Ollie and Chilli get on really well together.

‘They love each other and cuddle up together, which is lovely,’ she added. ‘I’m really careful when I take him out now.

‘People really don’t realise how quickly this can happen and how devastating it is.’ 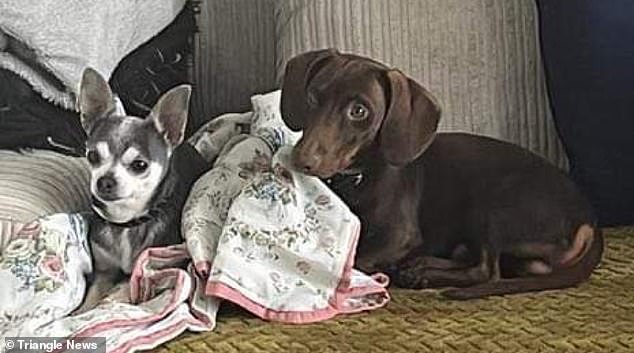 Ollie and Chilli cuddle up to each other on the sofa at Ms Bennett’s home Beckenham, south London