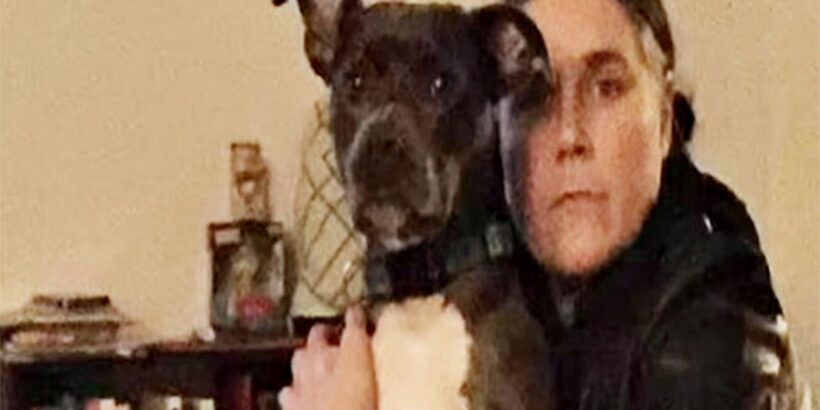 A woman and her beloved dog have been fatally stabbed while walking in a park early Wednesday morning, police said.

40-year-old Katherine Janness and her canine, Bowie, were found at about 1.a.m. inside of Piedmont Park in Atlanta, Georgia.

Before the tragic incident, Janness told her wife that she was taking the dog for a quick walk, the victim's father-in-law told Fox 5 Atlanta.

The couple live a couple roads up from Piedmont Park and had been happily together for years.

The victim's father-in-law said that his daughter is "devastated".

Adding: "Upon their arrival, they did, in fact, find a female deceased in the park, appears to be from some type of stable wounds."

A $10,000 reward has been announced for information regarding the tragic stabbing.

A photo of Janness crossing a rainbow-painted crossing near the park has been released for witnesses to help identify the victim.

Investigators are continuing to work in determining if Janness was targeted or if this was a random act of violence. Officers are reportedly hoping security cameras from the surrounding neighbourhood, park and high school will assist the investigation.

Divers have also searched the park's lake for clues.

Cards, flowers and dog treats have been left at the scene in tribute to Janness and Bowie.

In other unsettling news, a man who murdered a student who thought he was her uber driver has been jailed for life.

It took a little over an hour for the jury in the US state of South Carolina to convict Nathaniel Rowland of murdering and abducting Samantha Josephson.

The 21-year-old woman from New Jersey mistakenly got into his car believing he was the driver she'd booked to get home from a drunken night out in March 2019, a court heard.

Once she was inside the vehicle, Rowland turned on the child locks, effectively trapping his victim.

Her body was found covered with 120 stab wounds, cuts and other injuries, dumped in woodland about 65 miles from the city.

Forensic experts had linked Ms Josephson's blood to the interior of Rowland's car and to a knife with two blades. DNA from Rowland's fingernails also matched the victim.

According to the New York Post, jurors were shown also security videos and phone records that connected 27-year-old Rowland to the death.