Mother-of-two, 50, caught driving while four times the limit avoids jail after saying strict laws she endured in Saudi Arabia drove her to drink

A mother of two caught driving while more than four times the alcohol limit has walked free from court after she claimed she turned to drink after ‘struggling’ with strict laws she had to abide by whilst living and working in Saudi Arabia.

Kathy Bacchus, 50, who worked as a cookery teacher and a chocolatier in the Kingdom before returning to the UK got so drunk on white wine at 3pm she drove home from an off licence with a punctured tyre.

An eye witness who saw her Vauxhall Astra scrape along a suburban street looked on in shock as Bacchus stumbled and fell over the bonnet of the vehicle as she stopped and got out outside her home.

Police who arrived at her semi detached property in Worsley, Greater Manchester found Bacchus was unsteady on her feet and slurring her words. The witness later told officers: ‘How she hadn’t killed someone I don’t know.’

At Manchester magistrates court, Bacchus who worked as an ‘Event and Laboratory’ manageress for a chocolatier company in the Saudi Arabian port city of Jeddah admitted driving with excess alcohol.

But she escaped with a suspended prison sentence after the court heard she turned to alcohol having ‘struggled as a female’ in the Arab country where alcohol is forbidden and where women were not allowed to drive and are also forbidden from travelling, conducting official business, or undergoing certain medical procedures without permission from ‘male guardians.’

It is is thought she stopped working in Jeddah in 2017 before the ban on women drivers was lifted in 2018.

The arrest took place on February 10 after Bacchus had gone to a Co-op to buy wine.

Prosecutor Mr Andrew Martin said: ‘A member of the public called the police after he was walking down the street in Worsley at around 3:10pm he heard a loud noise and saw a car driving up the road.

‘He immediately noticed a vehicle with a puncture he noticed the defendant was driving the vehicle and that she was alone. The defendant then parked up outside her home and the informant went to speak with her to advise her about the tyre. 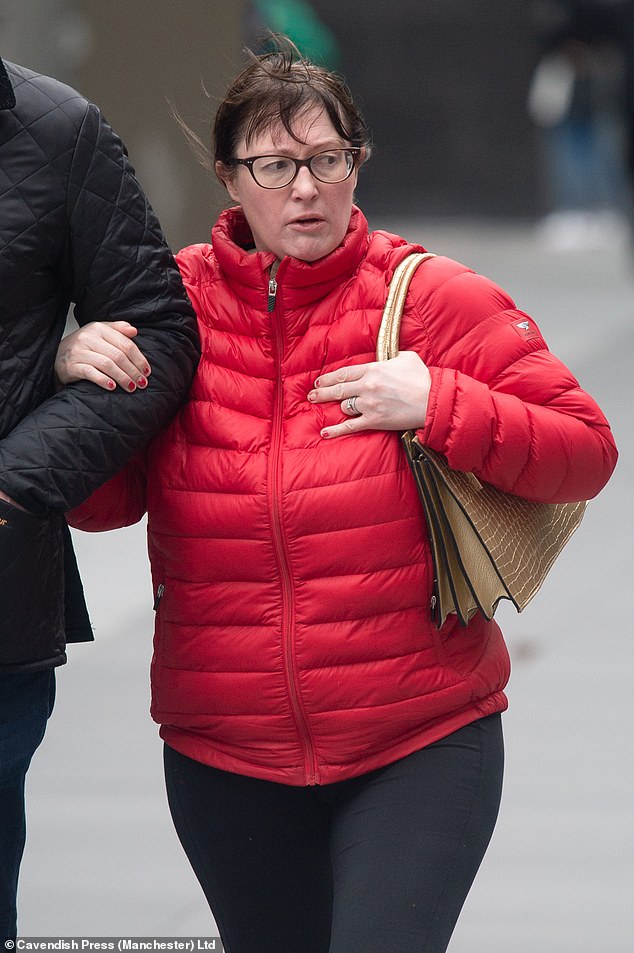 Manchester Magistrates’ Court heard Bacchus drove to her local Co-op to buy white wine on February 10. A pedestrian reported her to police after she was spotted driving with a punctured tyre. The pedestrian noticed Bacchus was unsteady when he spoke with her and alerted the authorities

‘The informant also stated that when she got out of the vehicle she fell onto the bonnet. Then informant commented: ‘How she hadn’t killed someone I don’t know.’

Tests showed Bacchus had 146 microgrammes of alcohol in 100 millilitres of breath. The legal limit is 35mg.

In the dock Ms Bachus appeared confused and disorientated, initially trying to sit with her husband in the public gallery on entry before being directed to the doc by the usher. She interrupted the district judge on several occasions and at one stage asked him if she could leave.

In a plea from the dock she wept as she said: ‘Please don’t send me to jail. I had been suffering from anxiety and depression since October and I am not coping very well in life at the moment.

‘We are having a lot of family issues at the moment. I was feeling very stressed and I needed to get out the house I had driven to get a bottle of wine there, came home to try and relax. I have no previous convictions at all – in fact I am an upstanding member of society. I haven’t worked for the last seven years and I am very very stressed out with this matter.’ 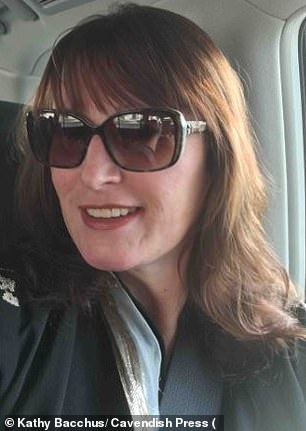 Bacchus was sentenced to 12 weeks in prison suspended for 12 months and ordered to undergo a six-month alcohol treatment programme. She was also banned from driving for three years and fined £200

A probation report read to the court said: ‘She doesn’t recall if she had any alcohol before she got into the car but she accepts that she clearly had consumed quite a significant amount. She has demonstrated a high level of remorse and has repeatedly said that she has let herself down.

‘She has described to me quite a turbulent 12 month period after she moved back from Saudi Arabia where she struggled with being a female in a country with quite strict laws and regulations. She has moved home ahead of her husband and she’s got a very limited support network.

‘When her husband had moved home he works away in the week they have got two children 11 and 15. Her stepfather has cancer and she has been diagnosed with anxiety and depression.

Sentencing district judge Mark Hadfield told Bacchus: ‘The aggravating features of this case are the extremely high reading and unacceptable standards of driving. Fortunately no one was put in any direct danger. However I acknowledge that you are the carer of two young children.’

Bacchus was sentenced to 12 weeks jail suspended for 12 months and was ordered to complete a six month alcohol treatment programme. She was also banned from driving for three years and was was told to pay costs and surcharges of £200.