Met Police are appealing to find a “vicious thief” who robbed the 87-year-old in Pendennis Road, Streatham.

The victim had been to the shops in Streatham High Road and had been preparing to visit her family.

She had been buying flowers and prosecco for the occasion.

Meeting up a friend, the pair then walked home from Streatham High Road together – parting ways when her pal reached her house.

The pensioner then felt a “mighty blow” from behind that knocked her off her feet and onto the ground she reached Pendennis Road.

From on the floor she glimpsed a male running away from her, heading back towards Streatham High Road. 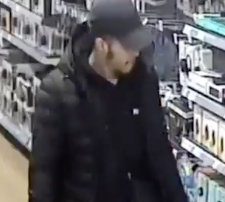 “This was a horrible and cynical attack on a vulnerable and defenceless woman. ”

The victim tried to get up, but realised that she could not as she was in so much pain from her right arm.

She then realised her handbag was missing and screamed for help.

Her cries alerted a member of the public, who came out of his home and assisted her.

The man running away was slim, dressed in black trousers and wore a black jacket with the hood up. 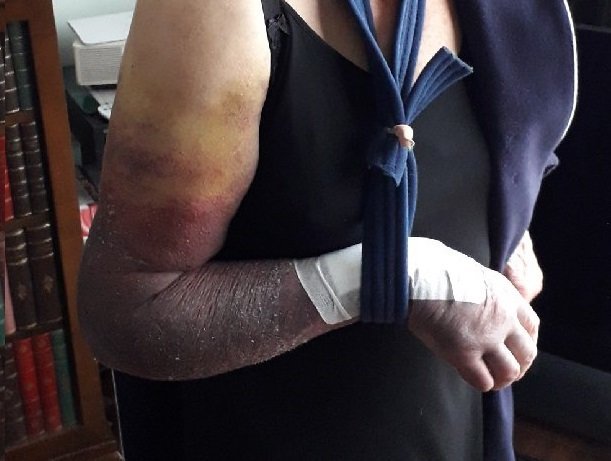 Detective Constable Caroline Benjamin described the attacker as a “deplorable thug” who needs to be “brought to justice”.

Shortly after the theft, a number of transactions were made using her stolen cards at shops in Streatham High Road.

Cops are releasing CCTV footage of the person using these cards in an attempt to trace him.

The handbag was later recovered by police in a nearby street after the attack on March 16. 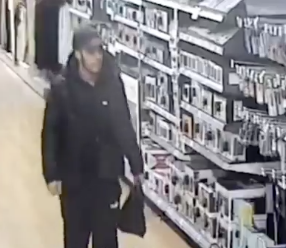 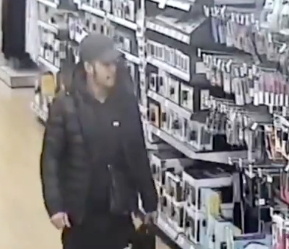 DC Benjamin said: “This was a horrible and cynical attack on a vulnerable and defenceless woman.

“The victim is now too scared to walk around on her own and was left unable to sleep in her bed due to the pain of her injuries.

“She prides herself on being a person who looks after other people, but she now has to rely on others to bring her meals and help her with her affairs.

“No one should ever be left feeling frightened to walk out in their own community. I am sure bringing the person responsible to justice will help allay her trauma.”

Any witnesses or anyone with any information is asked to call police on 101 or contact via Twitter @MetCC. Quote CAD 3130/16MAR.