Colleen O'Connor was helping friends renovate their house when she scratched her leg. 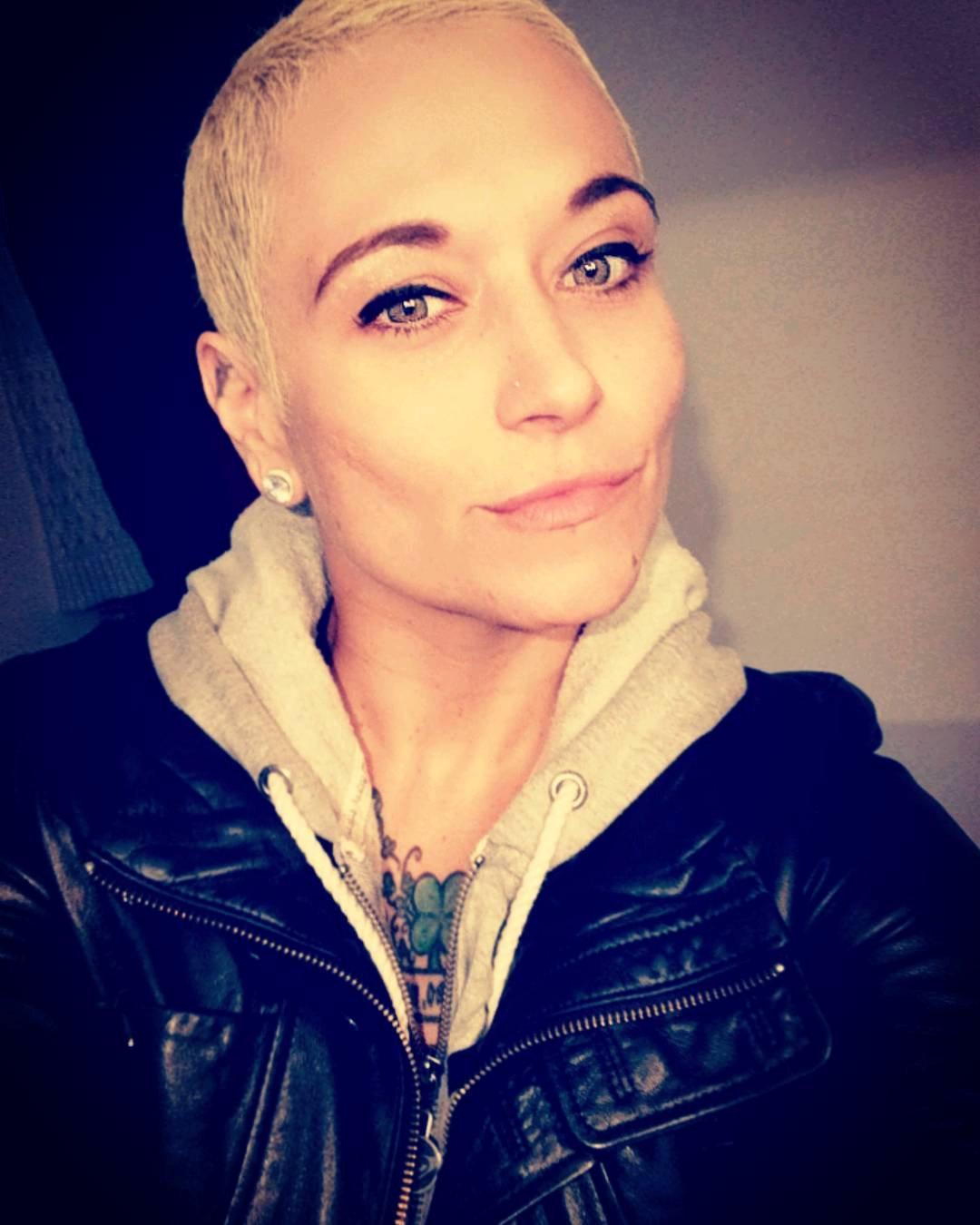 When the agony refused to ease off, Colleen's parents took her to hospital where she fell unconscious as her body went into shock.

Three days later she woke up, having been through three life-saving ops.

Doctors discovered she was battling necrotising fasciitis – dubbed a "flesh-eating" bug, because it kills off body tissue at such an alarming rate. 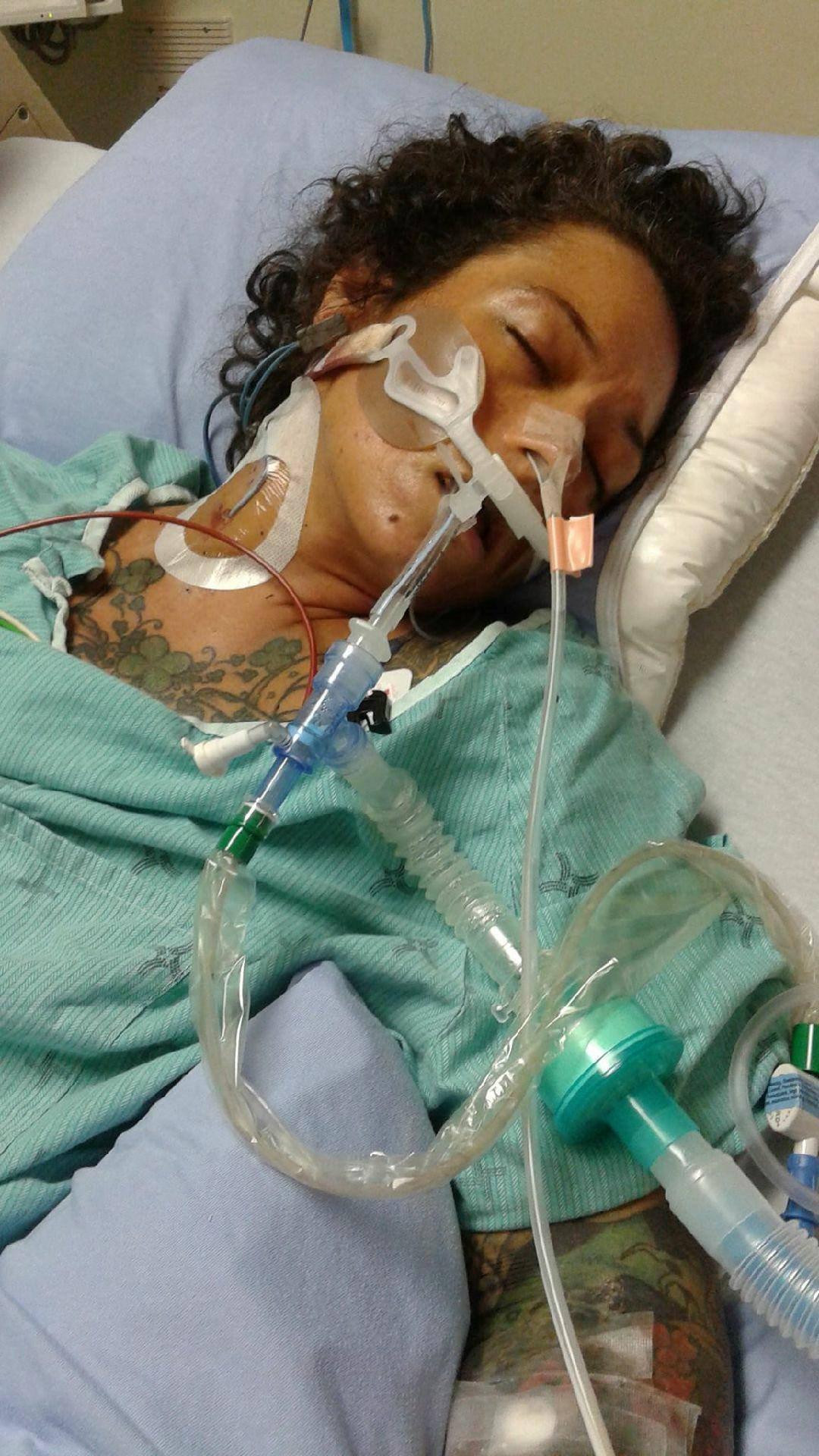 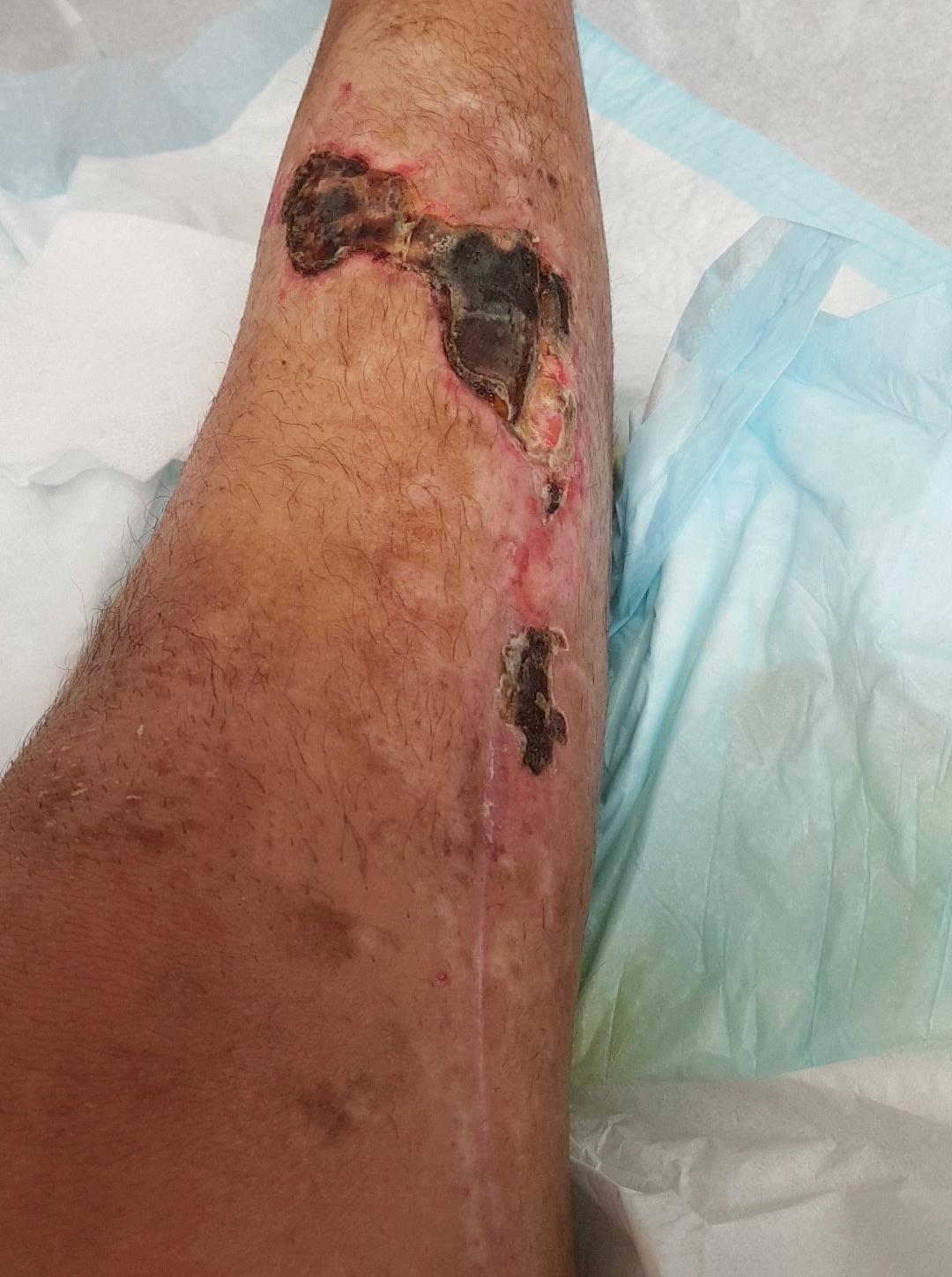 The rapidly-spreading infection is triggered by bacteria, which creates the toxins that destroy the skin.

Doctors believe black mould from the nail got into Colleen's bloodstream, causing the infection.

After a month in intensive care and three months recovering at home, Colleen has relearned how to walk.

Since then Colleen, from Niagara Falls, Ontario, Canada, has been diagnosed with PTSD, and is plagued by terrifying nightmares stemming from her ordeal, and the terrible pain she endured. 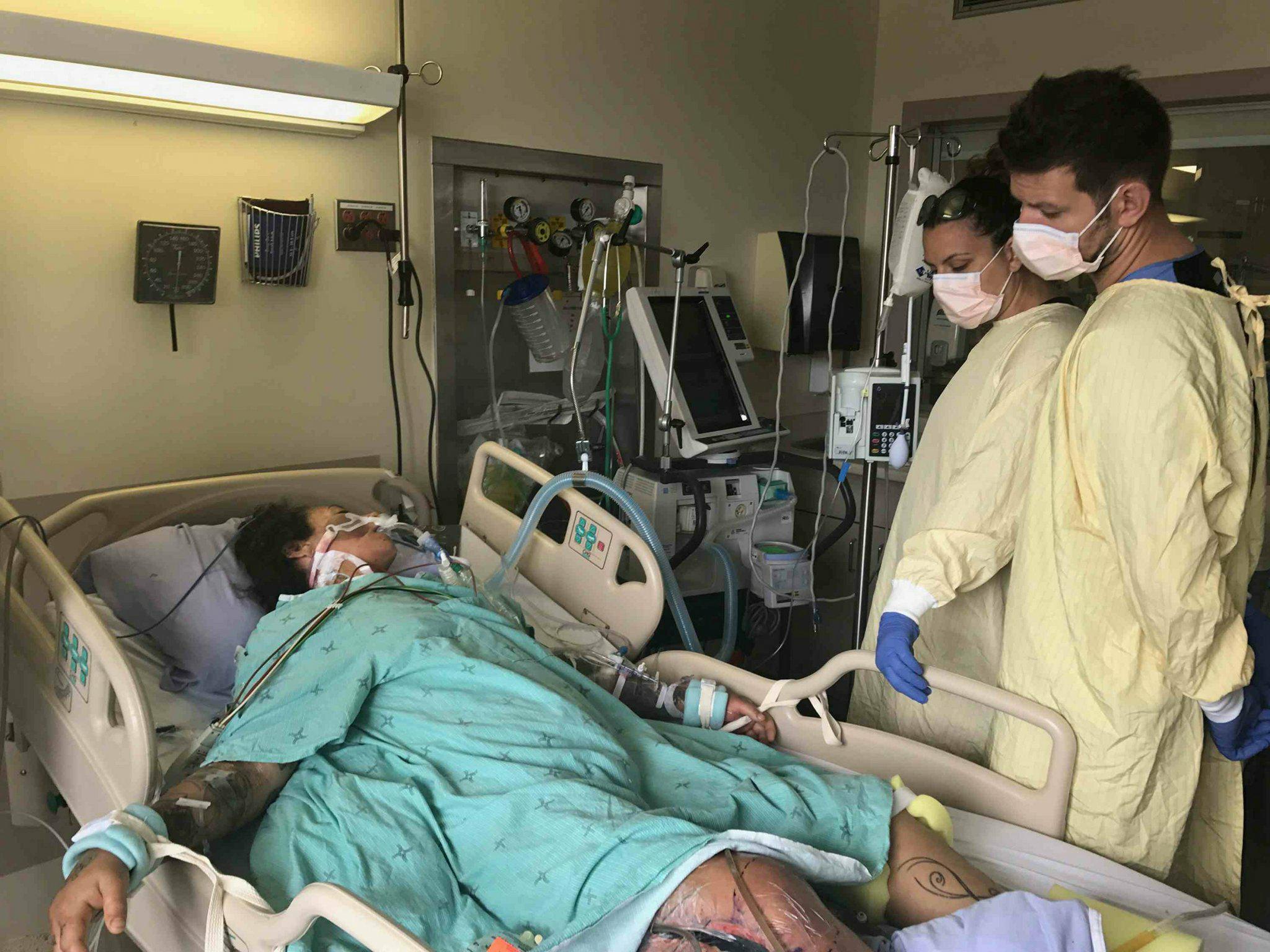 Speaking for the first time, she said: "I cut myself on a rusty nail hanging out of a wall and wiped it on my sleeve a few times.

"It was deep enough, but it was just a scratch from a nail.

"That was on a Friday and I was fine all weekend, but Monday I slept all day. Tuesday I woke up in excruciating pain in my right hamstring. It was like cramping.

"I was screaming in pain and crying. My mom said to my dad, 'Let's go to the hospital.' "I figured I was going to have a shot to help the pain or something.

"I don't remember anything, but my mom noticed my leg started going purple and they rushed me down and cut it open. They said the infection leaked right out of me.

"They told my family and friends I was going to die that night. 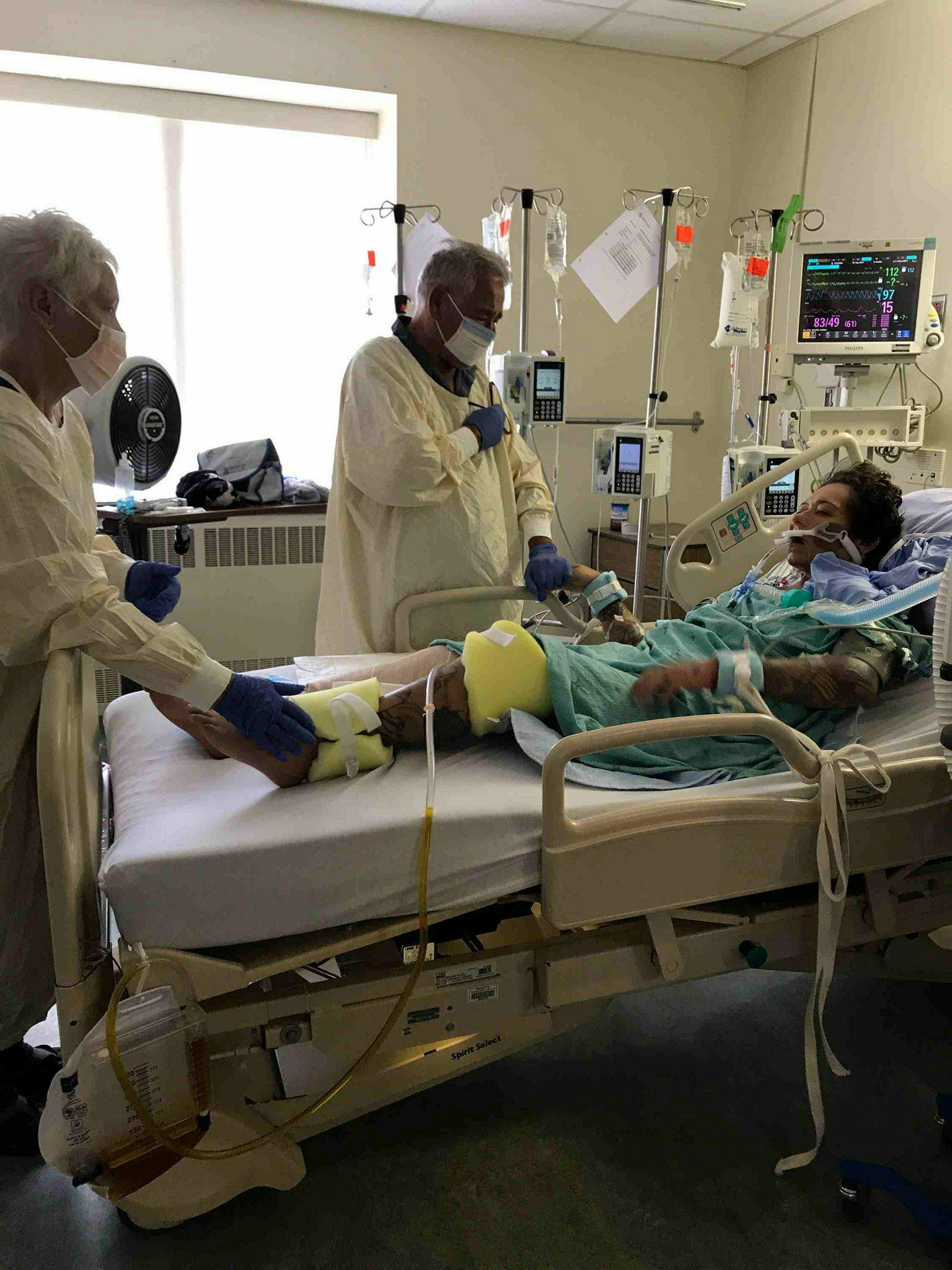 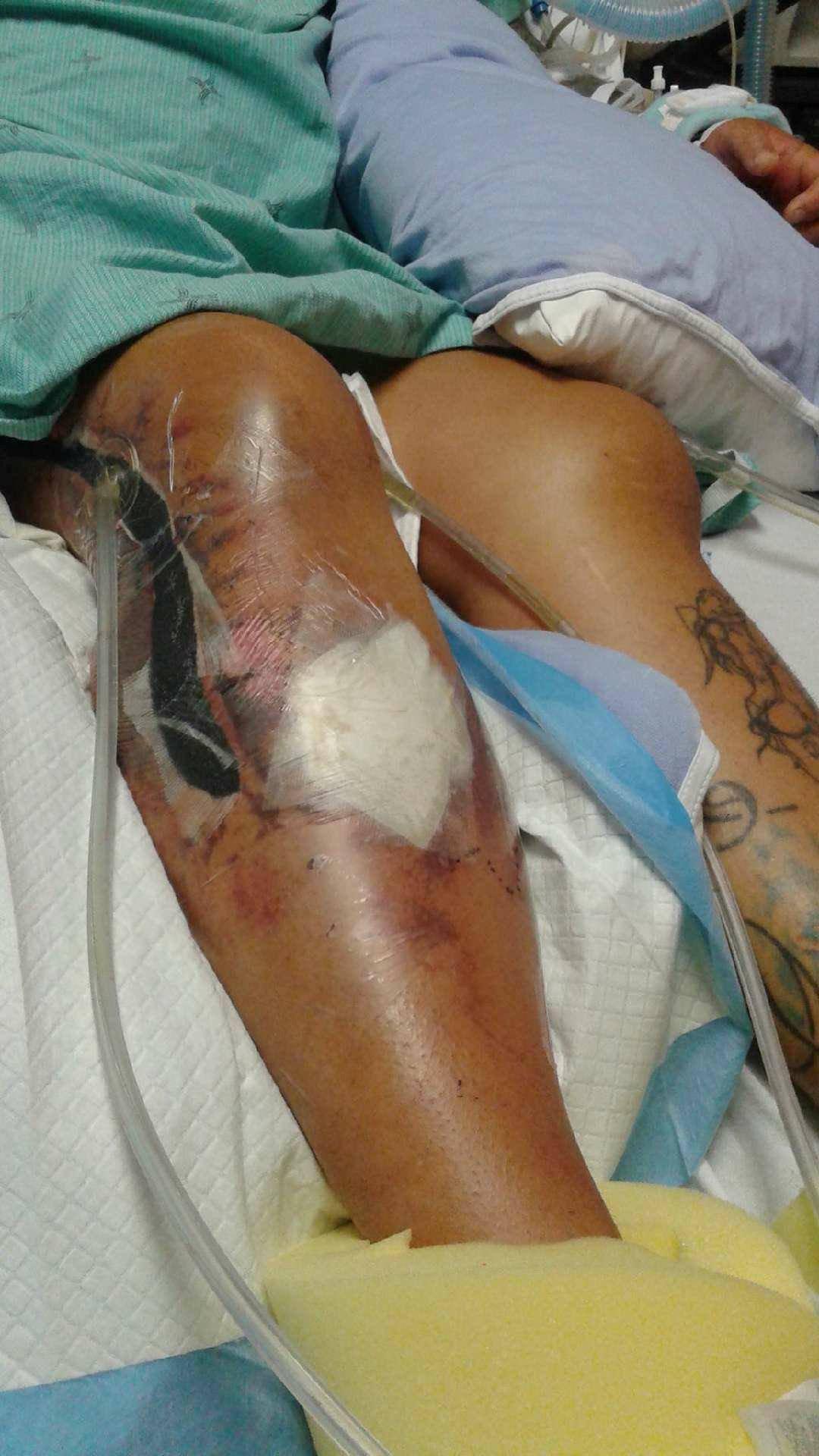 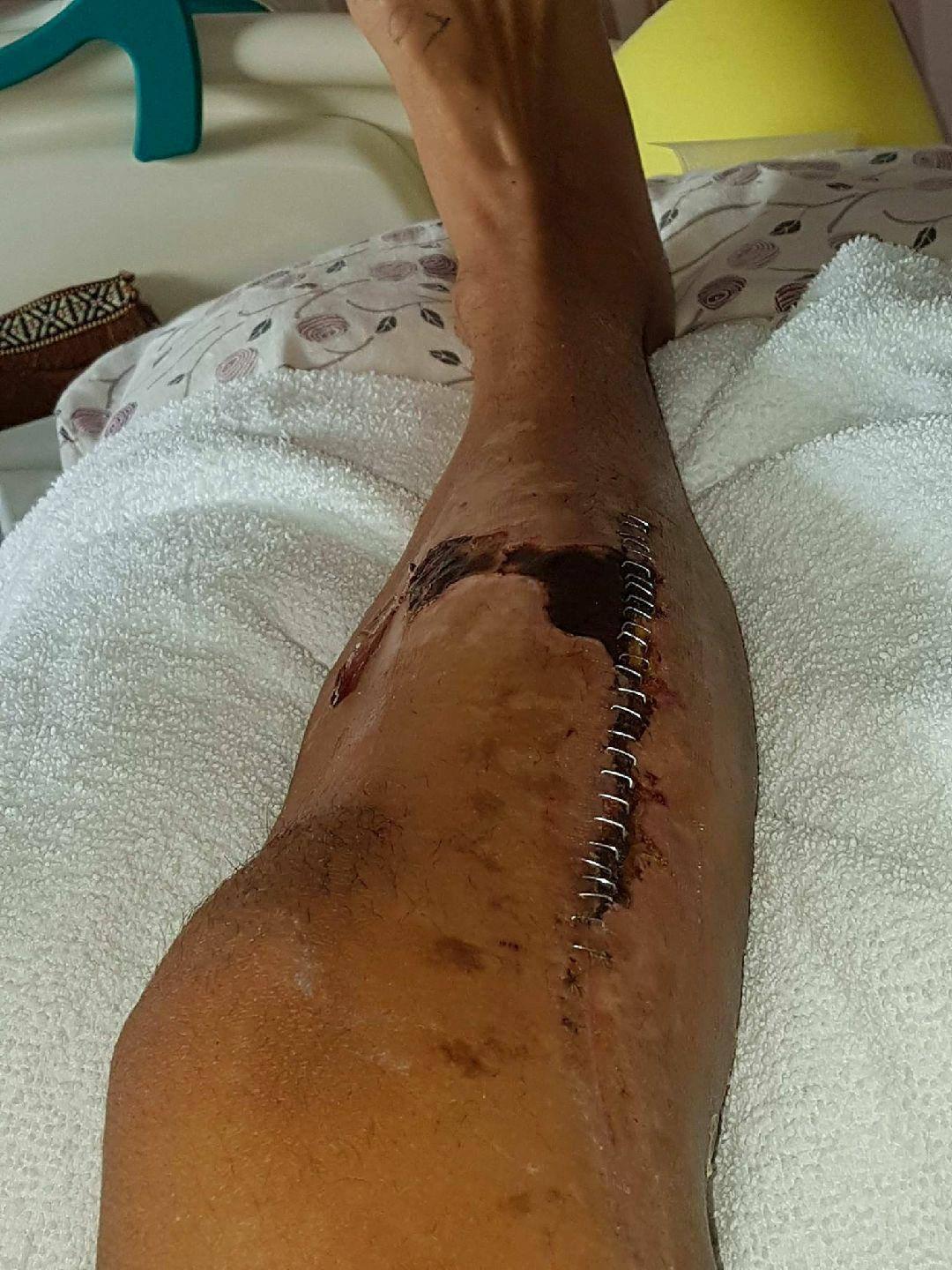 "Everything was shutting down. I was jaundiced and my body was refusing the medication.

"When I pulled through, the doctor told them, 'She is going to lose her feet and hands,' because my circulation was so bad.

"They went in three times to scrape out the infection and they had me on six different pumps with antibiotics."

Fortunately, the infection was caught quickly enough that it did not reach Colleen's fascia, the fibrous tissue surrounding her muscles.

If it had continued to spread, she may have lost her leg – or her life. 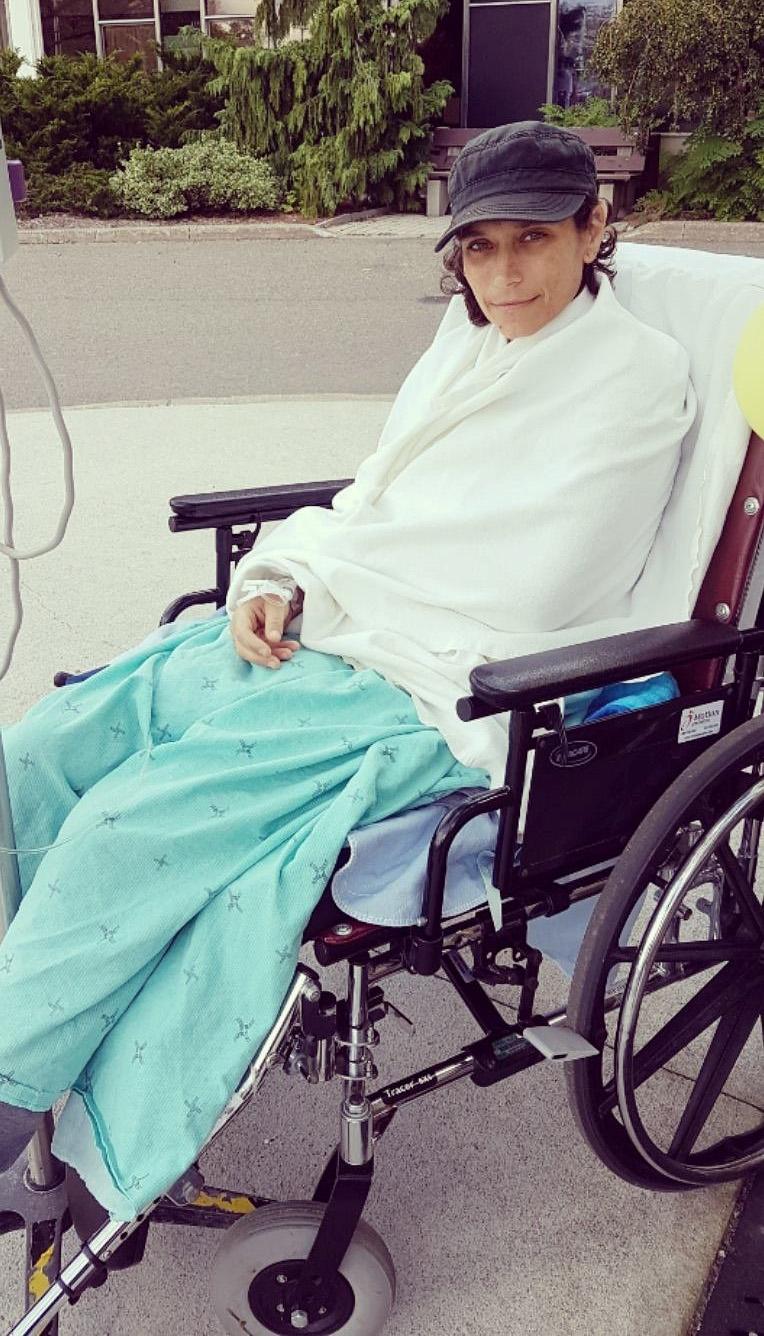 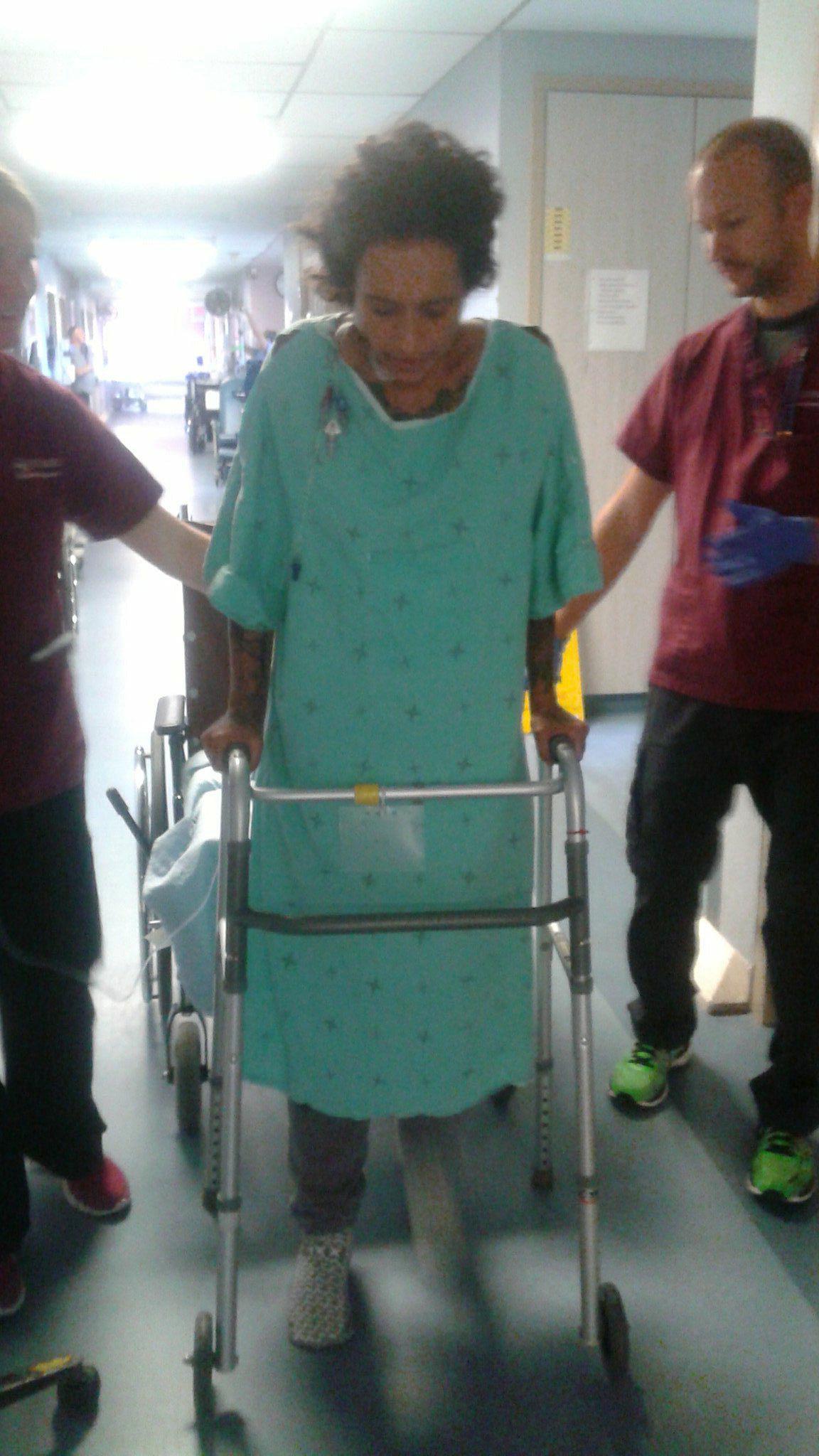 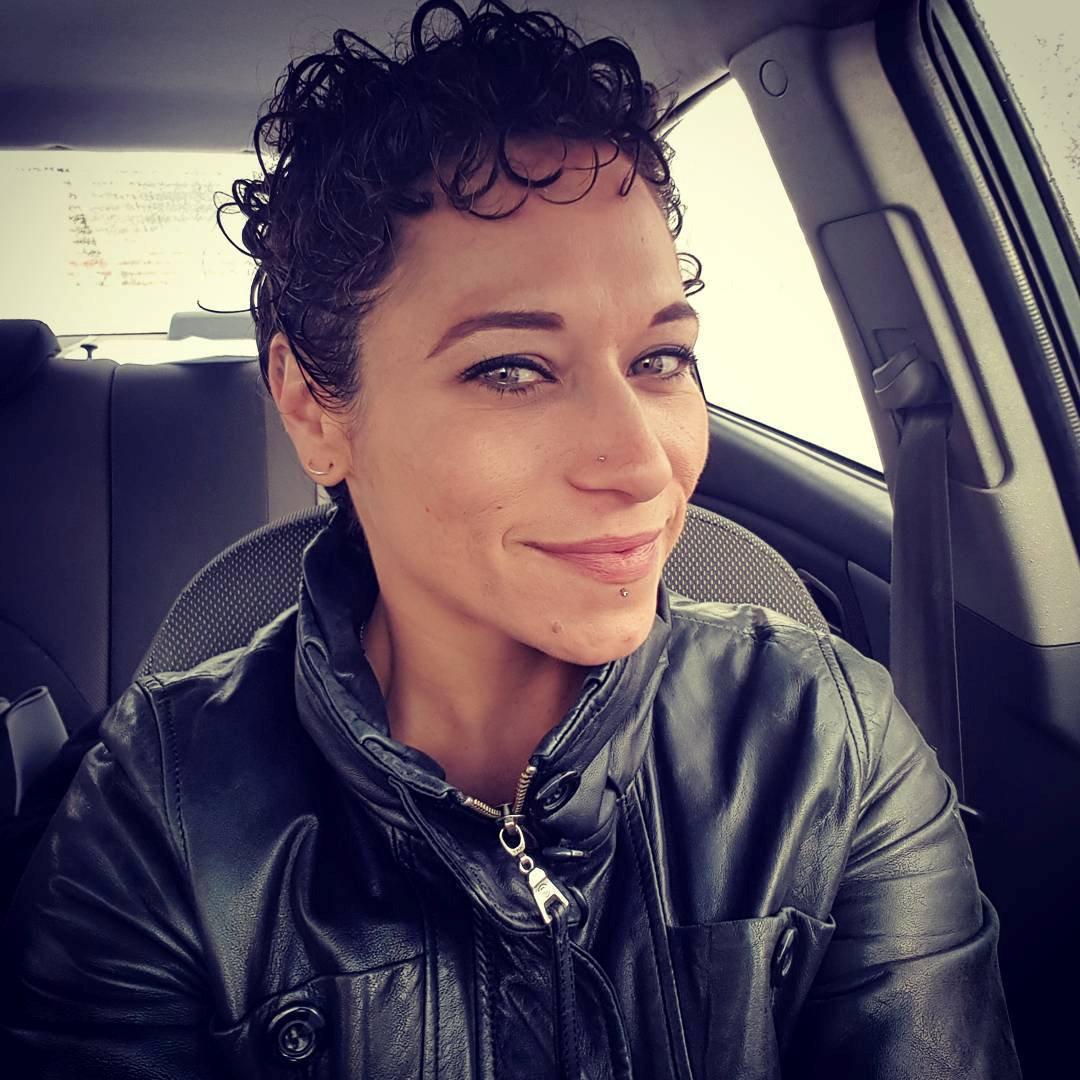 Instead, Colleen, who worked in fitness before the health scare, spent a month with a vacuum covering her leg before having 97 staples inserted to close the gash.

The scar on her leg – which runs from the top of her thigh to the front of her shin – is a constant reminder of what she has been through.

Colleen, who lost three stone while in hospital, said it was "pretty cool" when she saw the damage the bug had done for the first time, but added the entire ordeal was "terrifying".

The 38-year-old, who has been supported by her partner, car rental worker Anton Killy, 31, said: "It's not something you ever think is going to happen to you.

"It was terrifying. I have PTSD from it and I'm seeking counselling. It gives me nightmares.

"Some nights I'm scared to go to sleep because I dream about what happened and the outcome is always worse, gorier.

"It has had a huge impact on my life and my mental health.

"I feel very lucky to be alive. I'm still here and I've still got my leg. I could have woken up without one.

"I just want other people to be cautious. You never know what is out there. It just finds its way in and spreads so quickly."