If you thought winter was harsh in Siberia, it looks like summer is is just as tough.

Anastasia Gruzdeva, who went viral six months ago when her eyelashes froze into icy extensions in minus 40C temperatures, has returned with a shocking new selfie.

Only this time the wedding shop worker’s snap is less dreamy and more nightmarish, as her face is covered with dozens of blood-sucking mosquitoes. 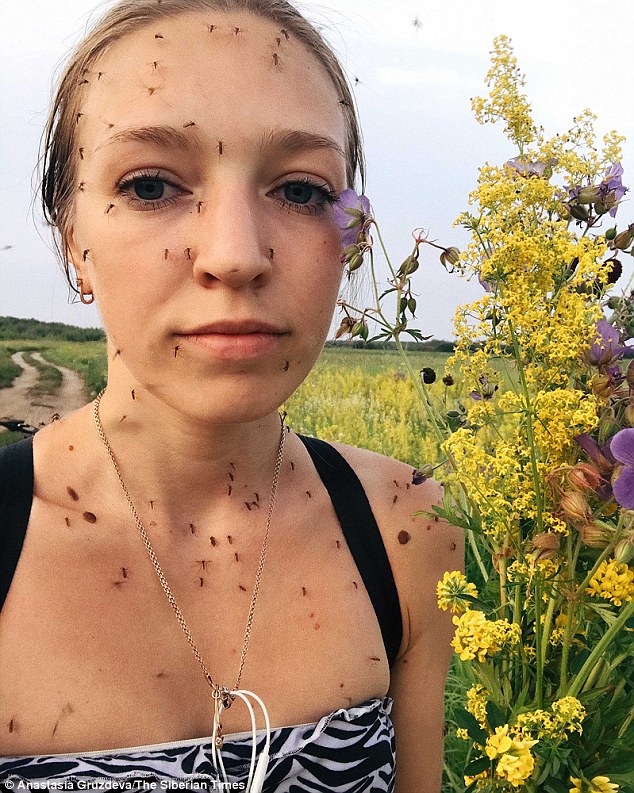 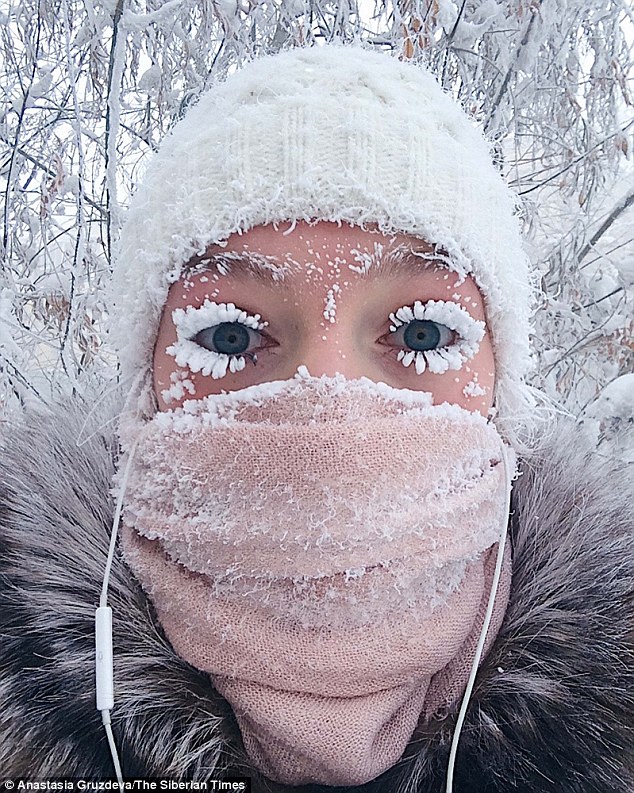 ‘The picture was made in seconds,’ said Anastasia from a village called Solnechny, which means ‘sunny’.

‘After taking it, I just jumped on the bicycle and rushed away. In fact, you do not feel them so much on your face. 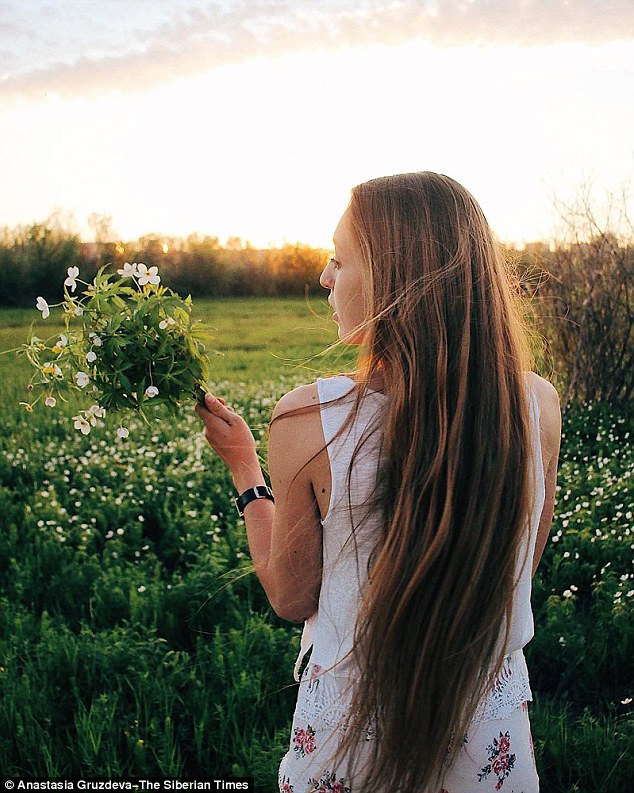 While winter in Siberia can hit lows of -60C, summer heat can hit temperatures as high as 30C

‘My legs, arms and back are more sensitive, so for a few seconds, I can endure this.

‘Mind you, I have a sudden thought: can they bite me to death?’

In winter temperatures can plunge to around minus 60C – but in summer thermometers hit the 30C or higher.

The region has the biggest ranges of temperatures from winter to summer in the world. 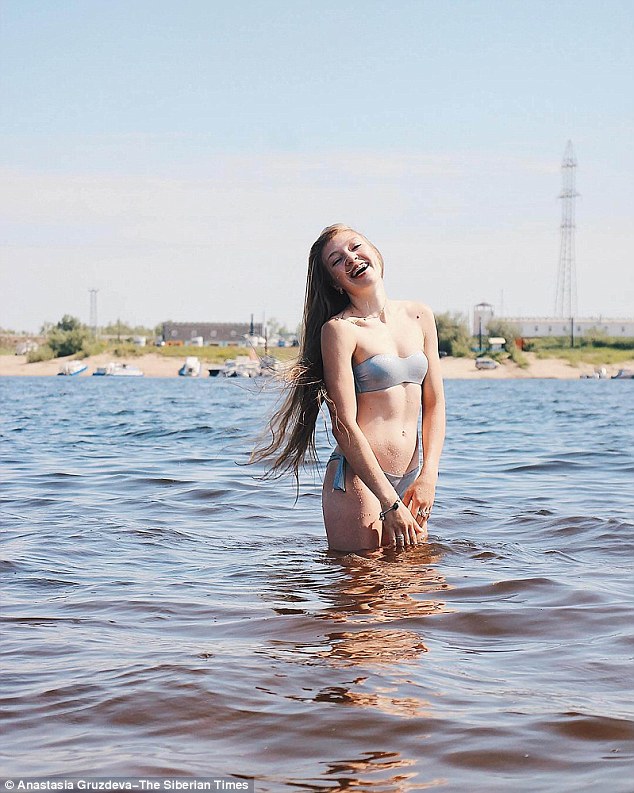 After her winter pictures, seen all around the world, she told The Siberian Times:

‘My family make jokes about it from time to time, saying something like ‘you’re a star now’.

But for her it is a normal part of life – like mosquitoes.

‘Of course I didn’t expect anything like that to happen,’ she said of her image went viral.