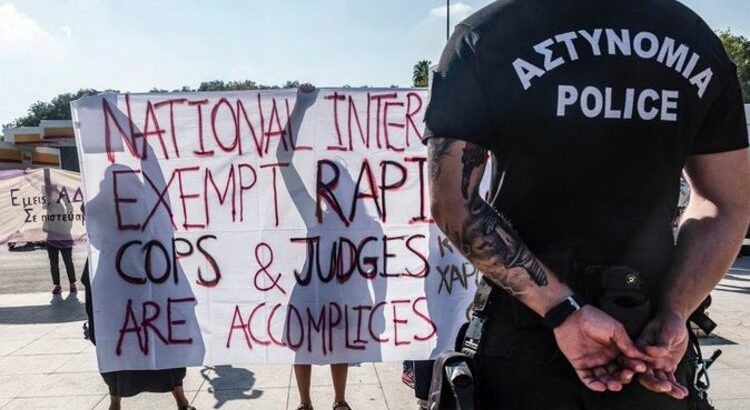 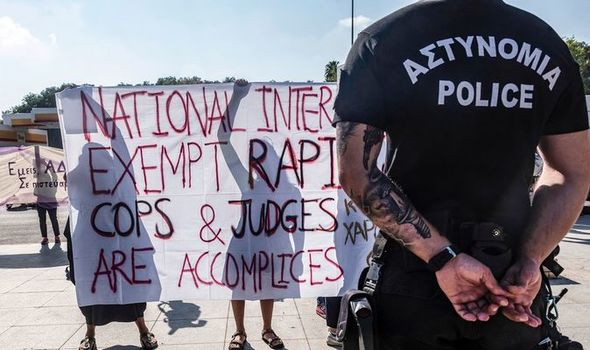 She claimed 12 boys and men, aged 15 to 20 at the time, took turns to abuse her in a hotel room at Ayia Napa in Cyprus. The woman, now 21, signed a retraction 10 days later in 2019 but then insisted police pressured her to withdraw her allegations. She was handed a four-month suspended jail sentence for “public mischief” in 2020. The suspects in the alleged attack at the Pambos Napa Rocks hotel were allowed to return home to Israel.

But yesterday, the university student won the battle to clear her name as Cyprus’s Supreme Court quashed her conviction. The woman, from Derby, and her family welcomed the ruling and called for justice to be done after her ordeal. A family statement said: “It is a great relief we hear that the authorities in Cyprus have recognised the flaws in their legal process.

“Whilst this decision doesn’t excuse the way she was treated by the police or the judge or those in authority, it does bring with it the hope that my daughter’s suffering will at least bring positive changes in the way that victims of crime are treated.

“If justice is to be done, an authority would need to pick up the evidence gathered in Cyprus and do with it what should have happened at the outset.” The appeal was co-ordinated by British lawyer Michael Polak of Justice Abroad.

He said: “This is a watershed moment, not just for our client, who has always maintained her innocence even when doing so caused her the hardship of not being able to return home during the lengthy trial proceedings, but also for others around the world in similar positions. A young, vulnerable woman was not only mistreated when she reported the rape but then she was put through a trial process that was manifestly unfair.”

Nicoletta Charalambidou, the woman’s Cypriot lawyer, said: “This is a very important day for women’s rights and, in particular, for victims of rape or other forms of sexual violence in Cyprus. The acquittal points to the failure of the authorities to effectively investigate the rape claims. This is what we will now pursue.”

Yesterday’s ruling came after a hearing at the Supreme Court in Nicosia last September. Then, the woman’s lawyers said trial judge Michalis Papathan­asiou did not consider police failures.