Plane disgusting! Woman is filmed picking her foot before take-off by horrified passenger

This is the moment a woman can be seen picking at her foot while on an airplane, to the disgust of a fellow passenger.

It is unclear where the video was recorded, although it seems to have filmed on a runway at an airport in the US.

The clip was posted to an Instagram account called Passenger Shaming, with a caption calling on the woman to ‘stop doing it’ and reminded her that she wasn’t at home.

The footage starts with the woman flicking at her foot while the airplane gets ready for takeoff.

Unaware that she is being filmed, the woman picks at her foot and seems to be peeling off bits of dead skin.

The person recording the video seems disgusted and zooms in on the woman as she absent-mindedly picks at her foot.

Her foot is on display to all as she sits with one leg folded over the other and her foot bare. 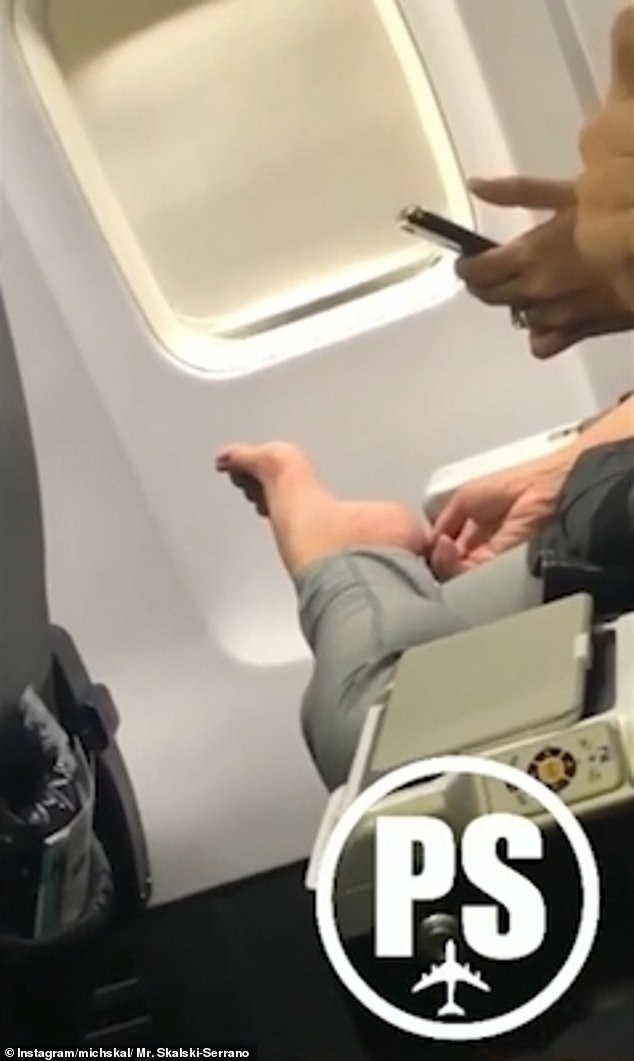 Unaware that she is being filmed, the woman picks at her foot and seems to be peeling off bits of dead skin

Passengers are also told to put their phones on airplane mode before takeoff and the woman can be seen tapping away on her smartphone as she picks at her foot.

The account regularly published pictures and videos of passengers doing ‘disgusting’ things at airports and on planes.