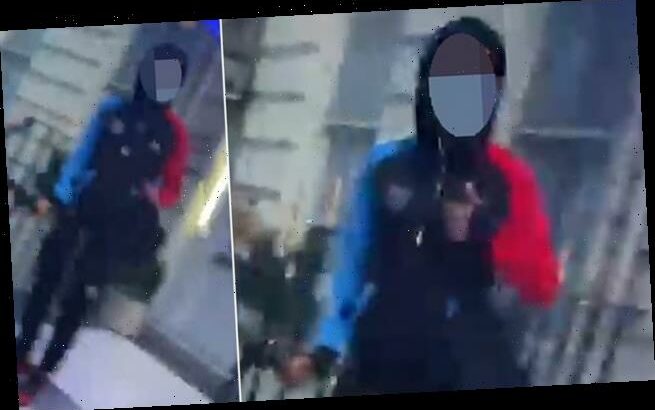 This is the shocking moment a masked man appears to harass a woman in the street and asks to take a picture with her on the day of the Sarah Everard vigil.

Video shows the man approaching the lone woman asking to ‘take a snap’ with her as she walks down the street in London.

When she declines, the man, who is on an electric scooter, is filmed riding away while aggressively shouting abuse at her.

Simmy Kaur, who shared the footage online, said the incident took place on the same day as women gathered to pay their respects to Sarah Everard.

The 33-year-old marketing executive went missing earlier this month as she walked home. 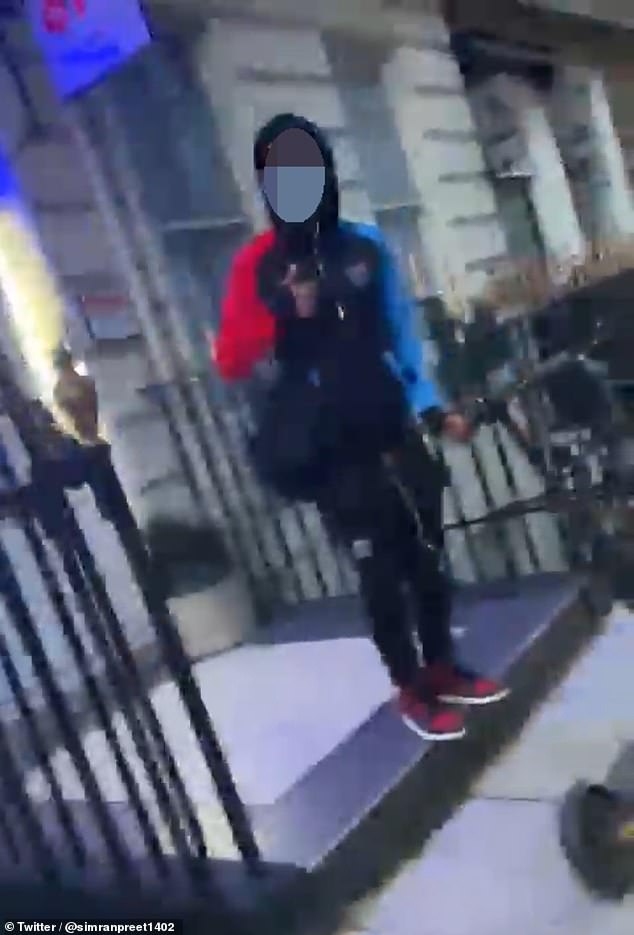 She was later found dead – sparking widespread anger about women’s safety while walking in public.

Simmy said: ‘On the day of the Sarah Everard vigil, this just happened. For those who doubt it, it’s a daily occurrence. I was just walking home too.’

The video starts with Simmy telling the man: ‘You’re following me down the street.’

The man, who is dressed in a hoodie and red trainers, and is riding an electric scooter replies: ‘Don’t take a snap of me – take a snap with me.’

Simmy replies: ‘Go away. Let me go on my walk.’

After he mentions about taking a photograph with her, Simmy adds: ‘No you’re not going to snap a photo of me. Leave me alone.

As she crosses a road, the man appears to briefly follow her before riding off.

The 18-second video ends with the man shouting insults at her, as she calls him a ‘freak’. 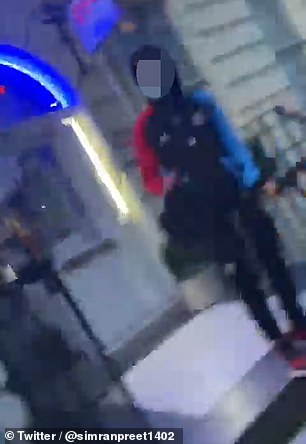 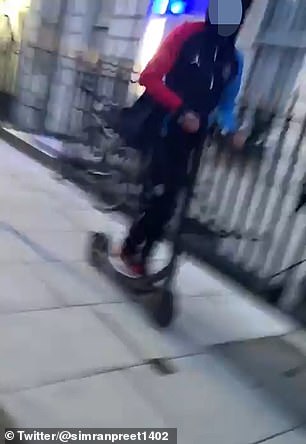 When she declines, the man, who is on an electric scooter, is filmed riding away while aggressively shouting abuse at her

The clip has been shared hundreds of time on social media, with many sending messages of support.

One person said: ‘This is deeply unpleasant. What had he been doing/saying before you started to film him?’

Simmy replied: ‘Asking where I’m from, saying do I think he’s weird, why won’t I chat to him. I explicitly said please leave me alone and he continued to follow!’

Others also backed Simmy, with one saying: ‘I really hope women feel that there are enough men on their side that they don’t keep quiet. Make a scene. Make a noise. We will help if we hear you.’

Another said: ‘Wow, who knew stuff like this even happens in posh areas on a daily basis.’

However, others asked about what had happened before the video started, with one asking: ‘I don’t get it. How was he following you if he’s in front of you? Sounds like his take is you started filming him for no reason and the insult was due to that. 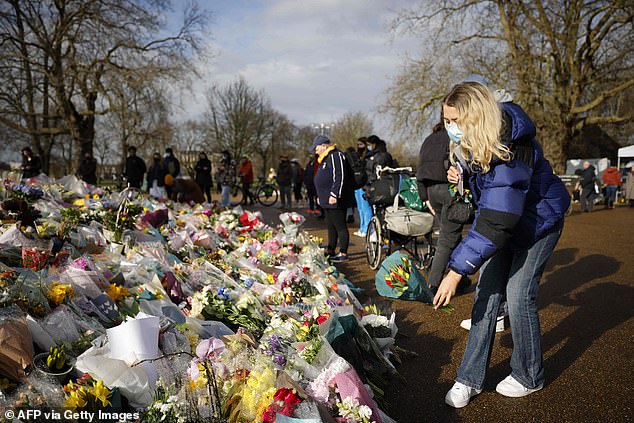 But Simmy explained: ‘I slowed down to let him go past and as you can see he’s stopped there waiting for me.’

The incident took place on Saturday, the same day hundreds of people gathered on Clapham Common to pay their respects to Miss Everard.

Miss Everard disappeared as she walked home through the area on March 3. Her remains were discovered by police on Friday.

Metropolitan Police officer Wayne Couzens, 48, has been charged with her kidnap and murder.

Organisers Reclaim These Streets had cancelled a vigil in memory of Ms Everard after Scotland Yard rejected their proposals for making it Covid secure.

A High Court judge also refused to intervene in a legal battle launched by the organisers. 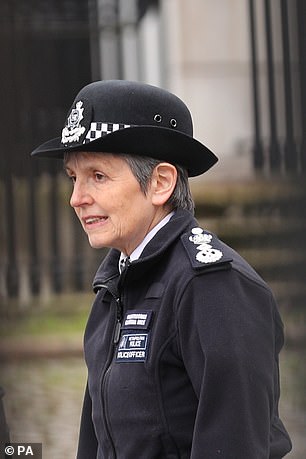 Mourners wearing facemasks went to the common throughout the day, including the Duchess of Cambridge who paid a private visit to the makeshift shrine.

But a vigil on Saturday night in Ms Everard’s memory ended in police officers pinning protesters to the ground in images that appalled the nation.

Today Met Police chief Cressida Dick said the tragedy around Ms Everard’s death had made her ‘utterly determined’ to hold onto her job.

Dame Cressida said her officers were right to break up the event, which saw thousands of people break Covid rules.

Both Boris Johnson and Home Secretary Priti Patel are believed to have ‘full confidence’ in her amid calls for her resignation over the way officers handled the protests.

Mayor of London Sadiq Khan said he was ‘not satisfied’ by Dame Cressida’s response but is still believed to support her, while Lib Dem leader Sir Ed Davey and the Women’s Equality Party are among those calling for her to go.

Today the Prime Minister is set to chair a meeting of the Government’s Crime and Justice Taskforce to discuss ways to protect women and girls from violence.