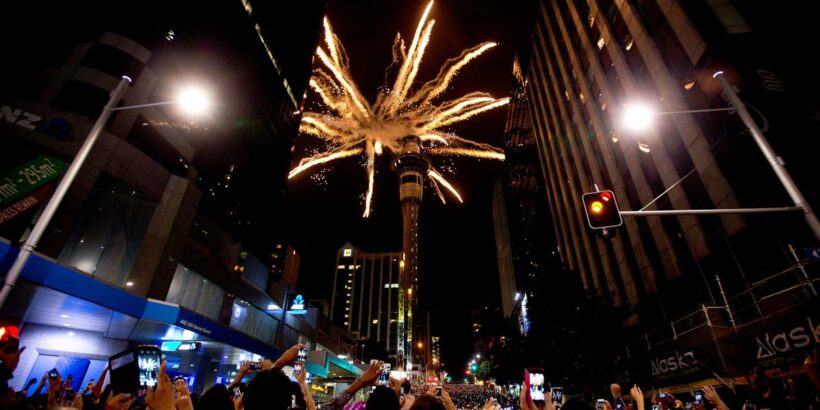 A mother of a young woman found semi-conscious at a central Auckland Park after attending a New Year’s Eve gathering organised is desperate for answers about what happened to her.

Police confirmed they received a report relating to a female’s encounter with a man she had just met in a Ponsonby bar on December 31, 2020.

“The woman claims to have become ill after leaving and consuming an unknown substance from a cigarette offered to her by the man,” the spokesman said.

“Police have spoken with the woman, who stated that no sexual advances or assault took place during the encounter.”

Police say there was no evidence any offending had taken place.

The 24-year-old had attended a New Year’s Eve event organised through a Facebook page for “international friends” to ring in the new year over drinks.

After about an hour at the bar the young woman felt drowsy and a male participant offered to take her outside for some fresh air, the mother said.

Instead, the man took her about 200m away to Western Park in Freemans Bay where she was later found by her father and brother in a semi-conscious state.

“I believe my daughter was able to press the speed dial on her cell phone before she blacked out and managed to reach my son,” the mother said.

“She couldn’t talk but just mumbled something about Western Park, we could hear a man’s voice in the background and my son shouted as loud as he could over the phone ‘leave her alone, we’re calling the police’.”

The mother believed the man would have heard her son and panicked, and that saved her daughter from being sexually assaulted.

As her husband rushed to the park to find her daughter, she rang the police seeking help for her daughter who was “clearly in distress”.

The woman was found alone lying among the trees in the dark of night at the park, unable to speak or move according to her mother.

She was subsequently rushed to Auckland City Hospital where she underwent a medical check-up and kept for observation overnight.

“My daughter is a very good girl and she doesn’t deserve what happened to her,” the mother said.

“She was so naive thinking such gatherings were just for making new friends, and did not think there are people who attended such events to target vulnerable women.”

The mother said the daughter went to the event alone and the others at the bar were practically strangers to her.

She said her husband and son broke down in tears when they found the woman in the park.

“My daughter couldn’t talk or move, and they actually feared the worst,” she said.

The mother, a Christian, believed it was only God’s protection that saved her daughter from further harm, but she still wants answers as to what actually happened.

“Police can’t just say because she wasn’t sexually assaulted therefore there’s no need for an investigation because something did happen that night,” she said.

“We are traumatised by what happened to our daughter and we hope this does not happen to anyone else. Any woman in New Zealand has the right to enjoy her night out and dress as she pleases without being victimised or assaulted.”

A request was made by the Herald through the mother to speak to the woman, but she declined.

Police said no further action was being taken as no evidence of any offending had been identified.