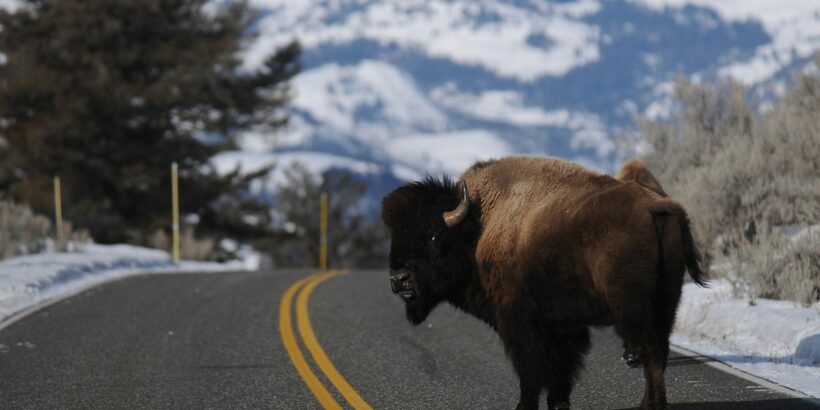 A tourist has been gored and thrown 10 feet into the air by a wild bison in Yellowstone national park in Wyoming.

The 25-year-old woman, from Grove City in Ohio, reportedly came quite close to the animal at Black Sand Basin on the morning of Monday, May 30.

While park regulations require visitors to remain more than 25 yards away from bison, the injured woman had reportedly been on boardwalk no more 10 feet away from the animal when it suddenly lunged at her.

The woman was gored and launched into the air as the bison charged her. She sustained multiple injuries, including a puncture wound from the animal’s horn.

The victim was given first aid by park emergency medical staff before being transferred by ambulance to Eastern Idaho regional medical centre, around 150 miles from the park. Her current condition has not been made public.

Two other park visitors were also dangerously close to the bison when it attacked, but there are no reports of any other injuries.

Bison, which can weigh over 140 stone, are known to be unpredictable – and can sprint at around 35mph.

Yellowstone is one of the last remaining places on Earth where bison roam free, and home to the largest and longest-established bison herd in the United States.

While wolves, cougars and grizzly bears roam freely in the park, bison injure more people at Yellowstone than any other animal. Park rangers say that people can be tempted to get too close to the animals in search of the perfect photo.

In the period from 2000–2015, 21 visitors and four park employees were injured by bison. Twelve bison attack victims had been photographing the animals when they charged.

Six of them were gored, and one broken bone was also recorded.

This latest incident "remains under investigation, and there is no additional information to share," the National Park Service said in a statement, adding "wildlife in Yellowstone National Park are wild and can be dangerous when approached."