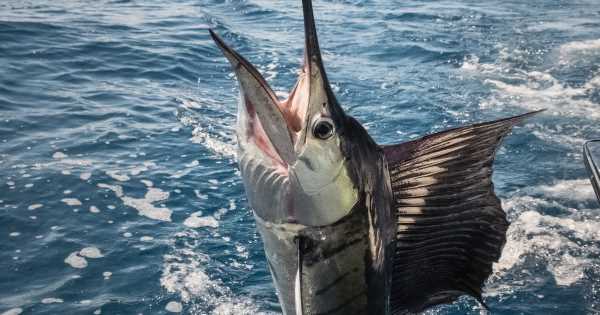 A woman has been seriously injured after she was stabbed in the groin by a sailfish during a fishing trip with her friends.

Katherine Perkins, 73, from Arnold, Maryland, had embarked on the trip with her companions Louis Toth, 75 and Dominic Bellezza, 77.

They were around two miles offshore from the St. Lucie Inlet, near the city of Stuart in Florida, when they caught and tried to haul the 100lb fish into their boat for a photo.

It was then when the fish began to charge at the boat, before jumping up and stabbing Katherine with its long upper jaw, which is similar to a spear.

It is generally advised to avoid pulling sailfish from the water to protect both the fish and the anglers,.

Louis and Dominic then applied pressure to the injury which was "gushing" and set off back to port, where Katherine was rushed into hospital, according to a report from the Martin County Sheriff’s Office.

The New York Post has reported that Katherine remains in hospital in an unknown condition.

The sheriff office said: “The sailfish jumped out of the water and stabbed Katherine in the groin area while she was standing next to the centre console."

Sailfish are known as one of the top predators in the ocean, as well as being one of the fastest fish, with the ability of hitting speeds of 70mph.

Katherine said that the incident happened so quickly that she didn't have time to react.

She is currently recovering in HCA Florida Lawnwood Hospital. There is no further information available about her condition.