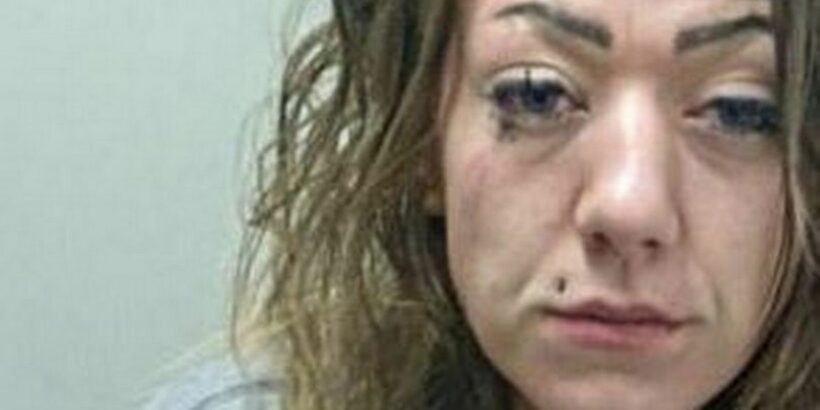 A woman carved her initial into a man’s chest as she used a 20cm blade to stab him in the head during a robbery attempt.

Rachael Love, 26, walked into the home of the victim in Blackburn, Lancashire and threatened him with the knife on January 27 this year.

The victim, who Love knew, attempted to get the knife from her after originally thinking she was joking.

His son grabbed the knife out of Love’s hands and threw her out of the house.

In hospital, the man was treated for a 4cm cut to the back of his head and a 1.5cm cut above his ear.

The L-shaped wound on his stomach did not require hospital attention.

Love told the court she had been at the house to buy drugs.

She picked up her ex-partner in a taxi on the way but when she told him what she was planning, he said he wanted nothing to do with the robbery and left her.

Sentencing Love, the Honorary Recorder of Preston, Judge Robert Altham, said: "You were very fortunate that the injuries did not have a greater consequence.

"As you accept, you could have killed him."

Judge Altham said he had taken into account the "terrible trauma" that Love had suffered in her earlier life and how she had fallen back into drug use.

Love, formerly known as Walsh, pleaded guilty to attempted robbery and was jailed for six years and three months.

She was already under investigation for a common assault committed on August 8 2020, in which she entered a woman’s garden with a knife.

Love and others had been smoking a crack pipe in an alley nearby when a householder confronted them.

The group became aggressive towards the householder but fled after her husband used a hosepipe on them.