The bloody pictures sparked outrage after he was released on bail. 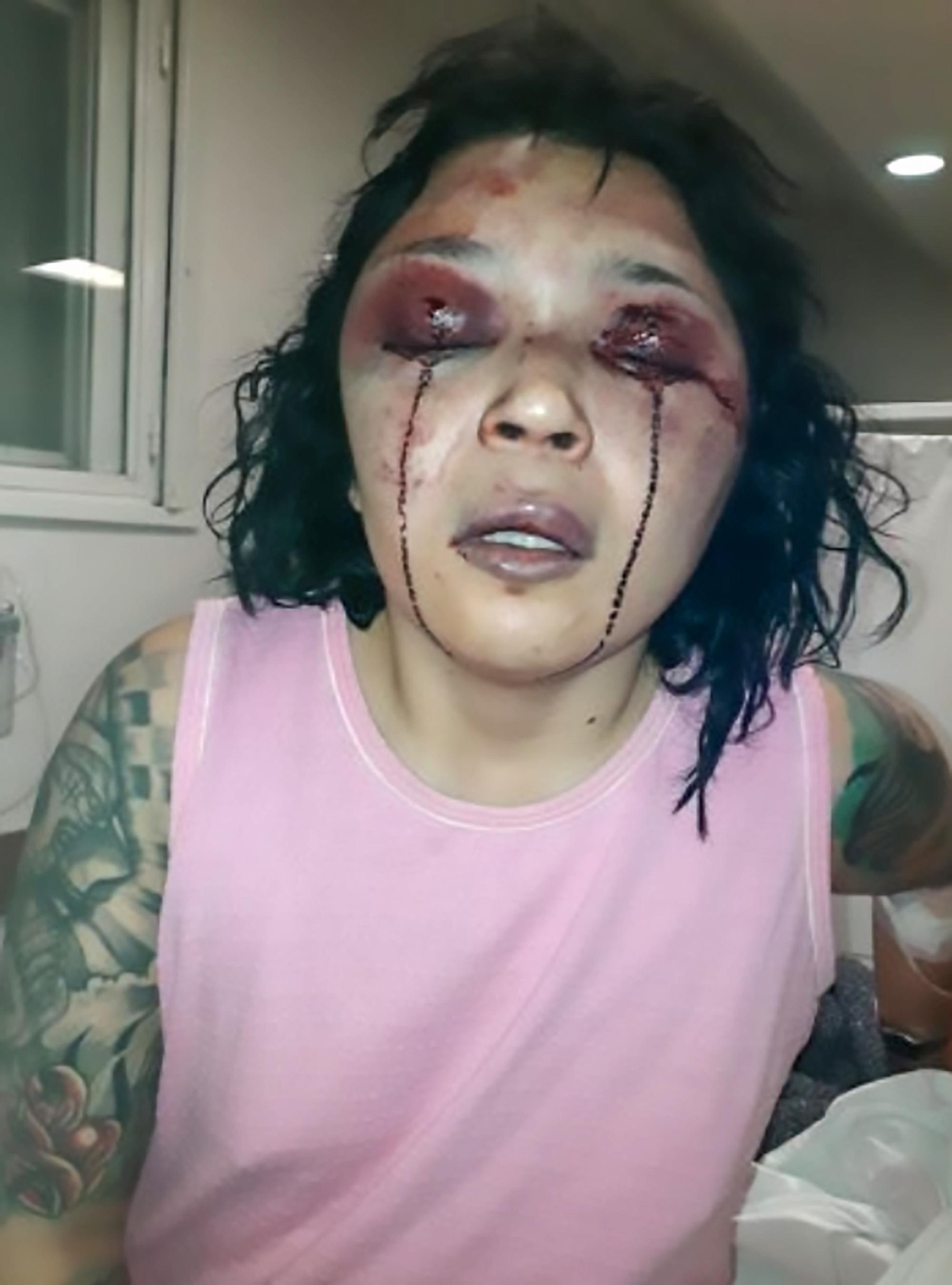 Lorena Paredes alleges she had gone to the house of her ex-partner Luis Ruben Vidal, in the port city of Comodoro Rivadavia in Argentina, to demand that he stop his son from harassing her.

However, she claims Vidal struck her in the face with an iron bar before dragging her into his garage where he beat her repeatedly with a length of cable.

The images show the woman with two bleeding black eyes and limbs riddled with purple bruises.

Paredes was taken to a local police station to be questioned about the assault and said she did not receive medical attention for more than an hour. 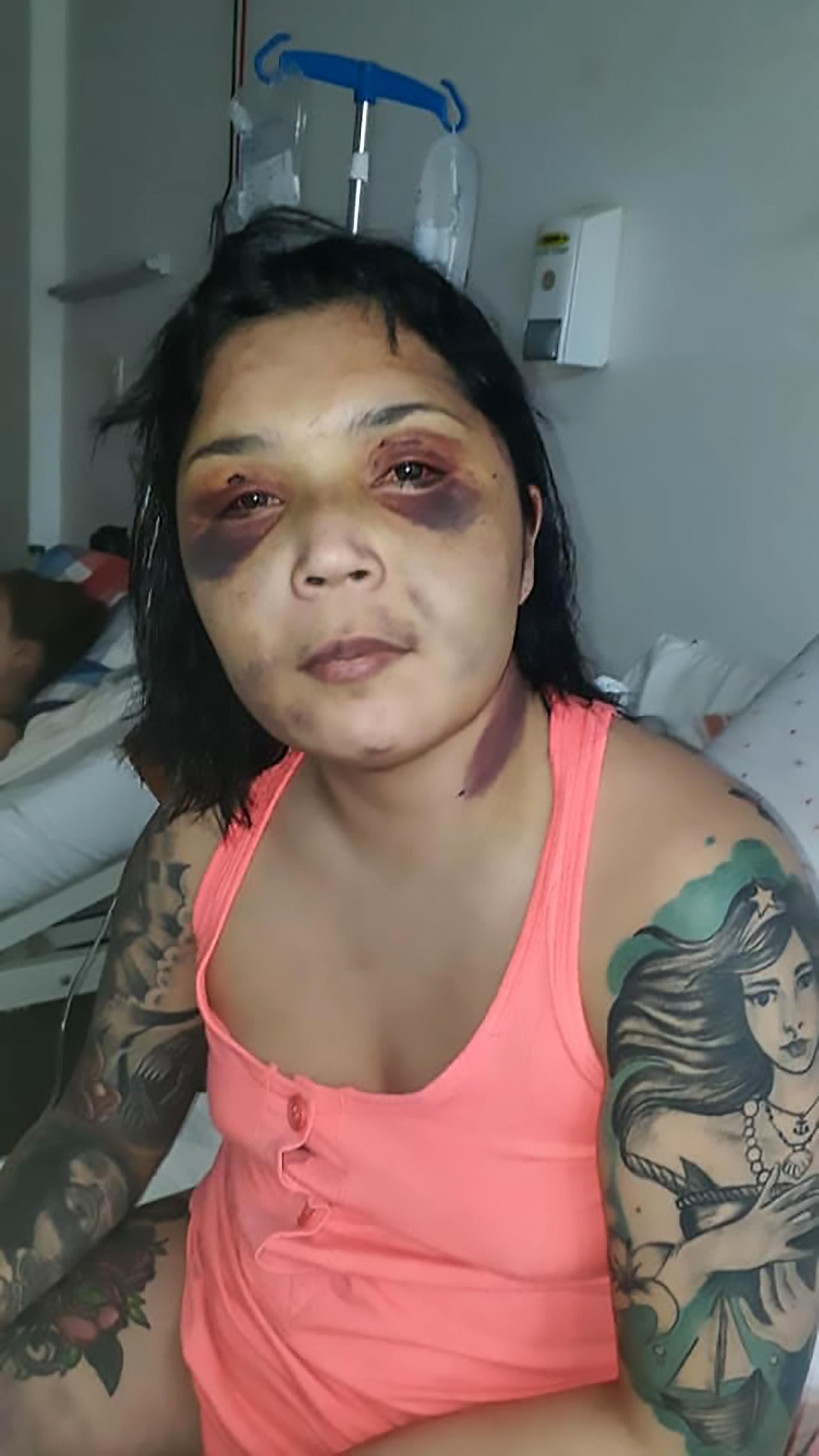 Then she was finally taken to hospital.

Vidal, who was not arrested at the time, was eventually detained after allegedly breaking an exclusion order by going to the hospital where she was being treated.

However, he was immediately released after court Judge Mariel Suarez considered Paredes had suffered only "light injuries" which would carry a maximum prison sentence of only two years.

A protest march has now been organised by Paredes’ friends and family, as well as campaigners for justice against gender violence, after photos taken after the attack were circulated.

Paredes remains in hospital, undergoing treatment for his injuries.

She said her relationship with Vidal had ended over his violence. 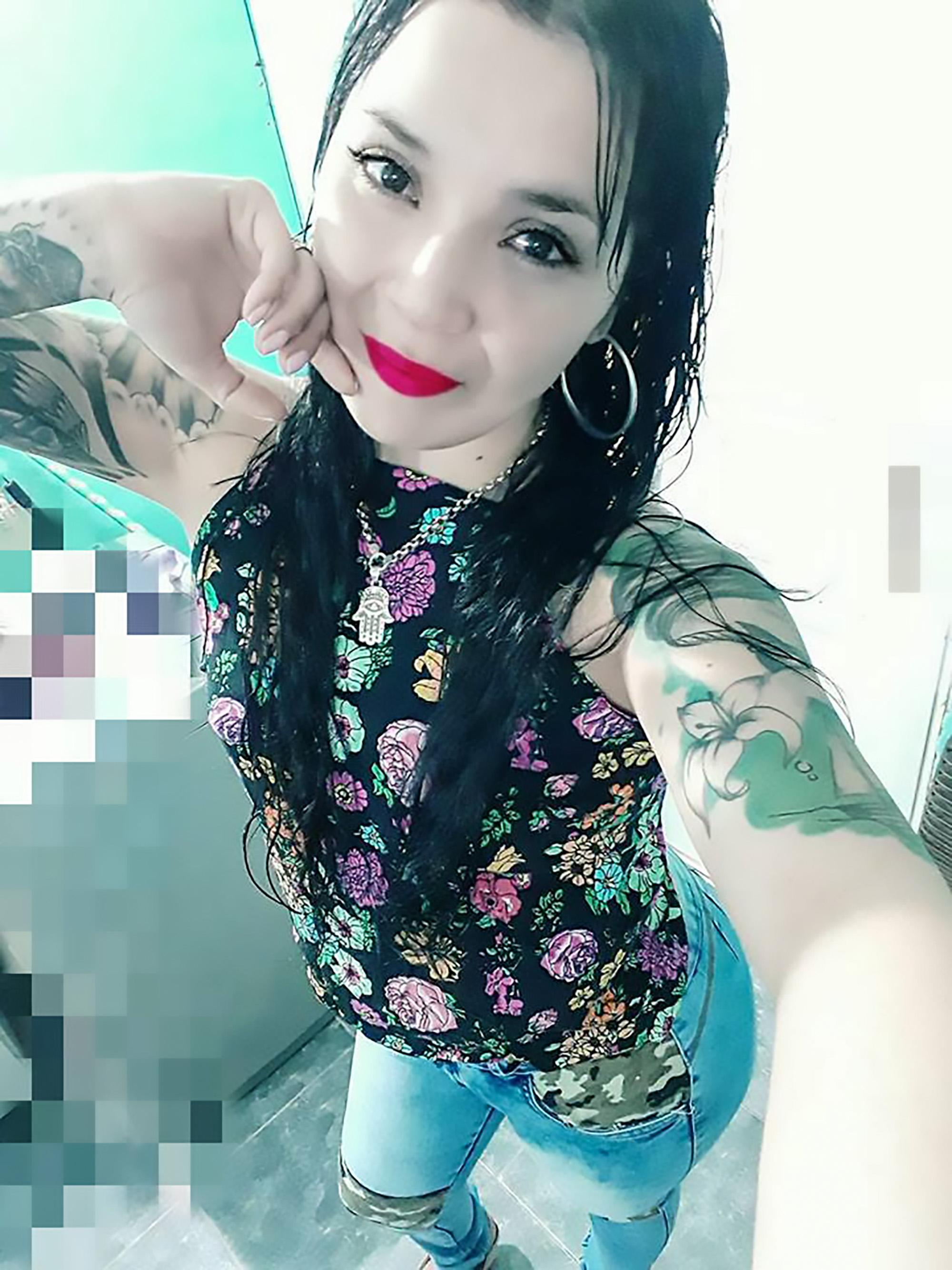 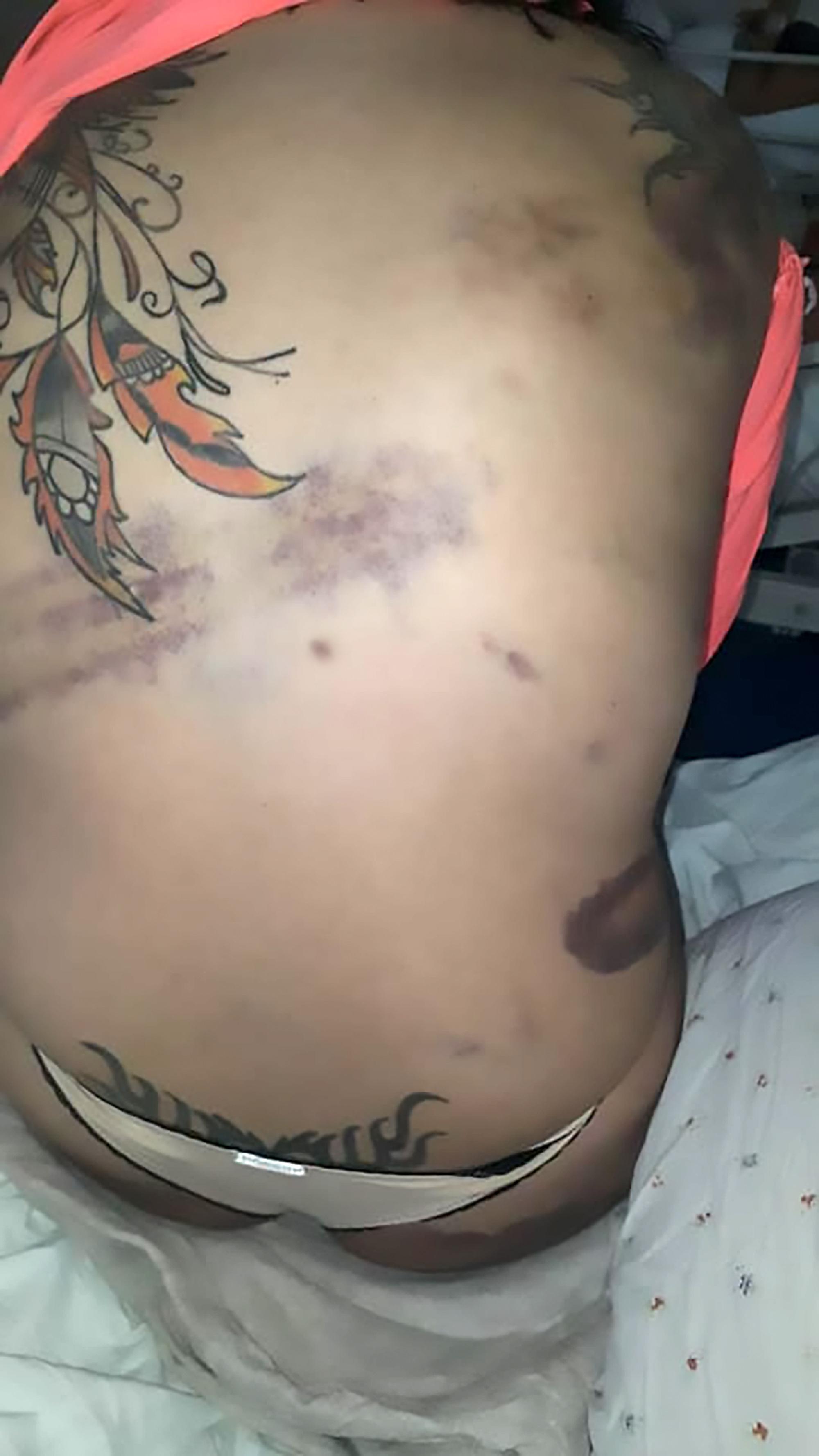 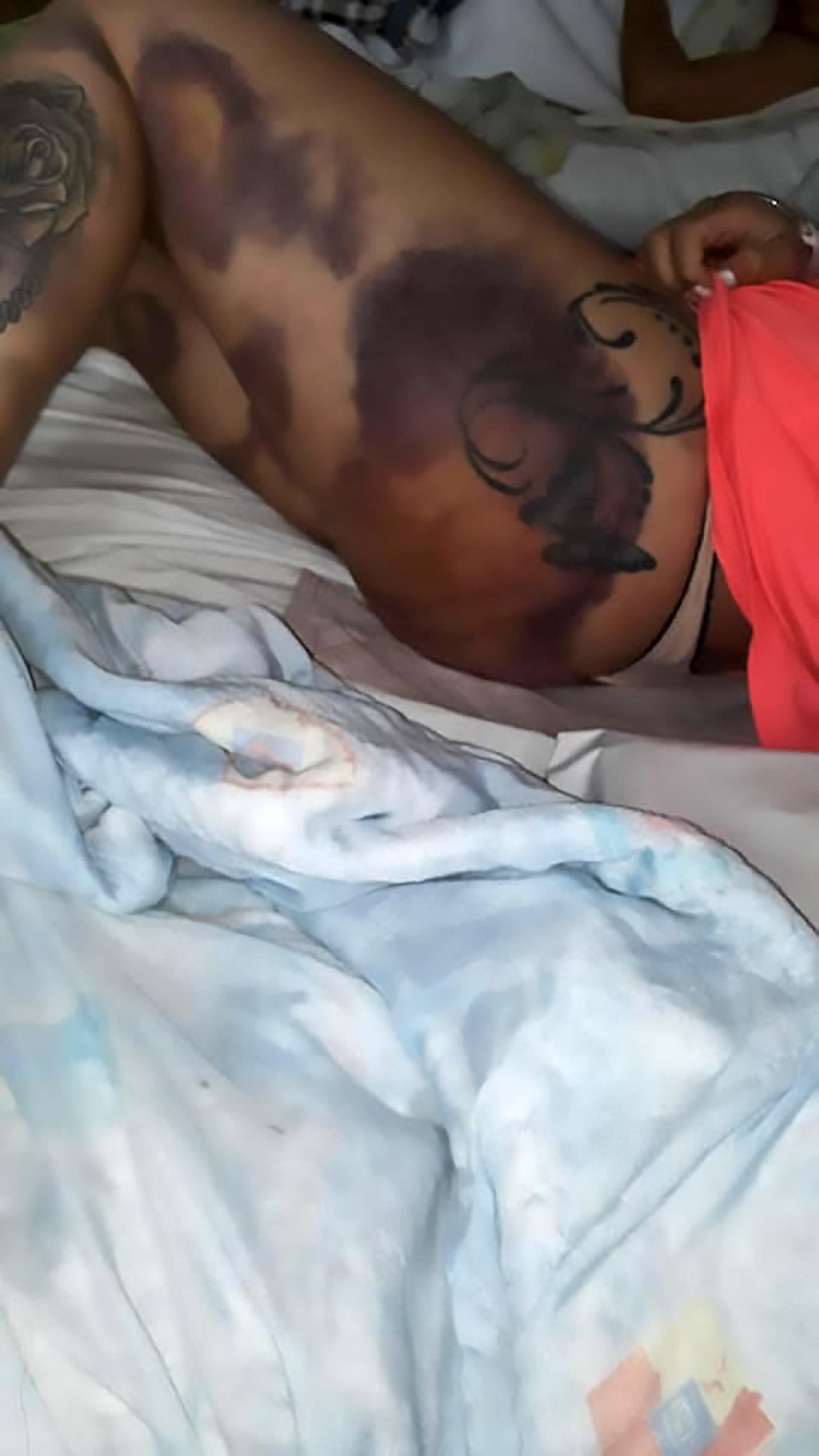 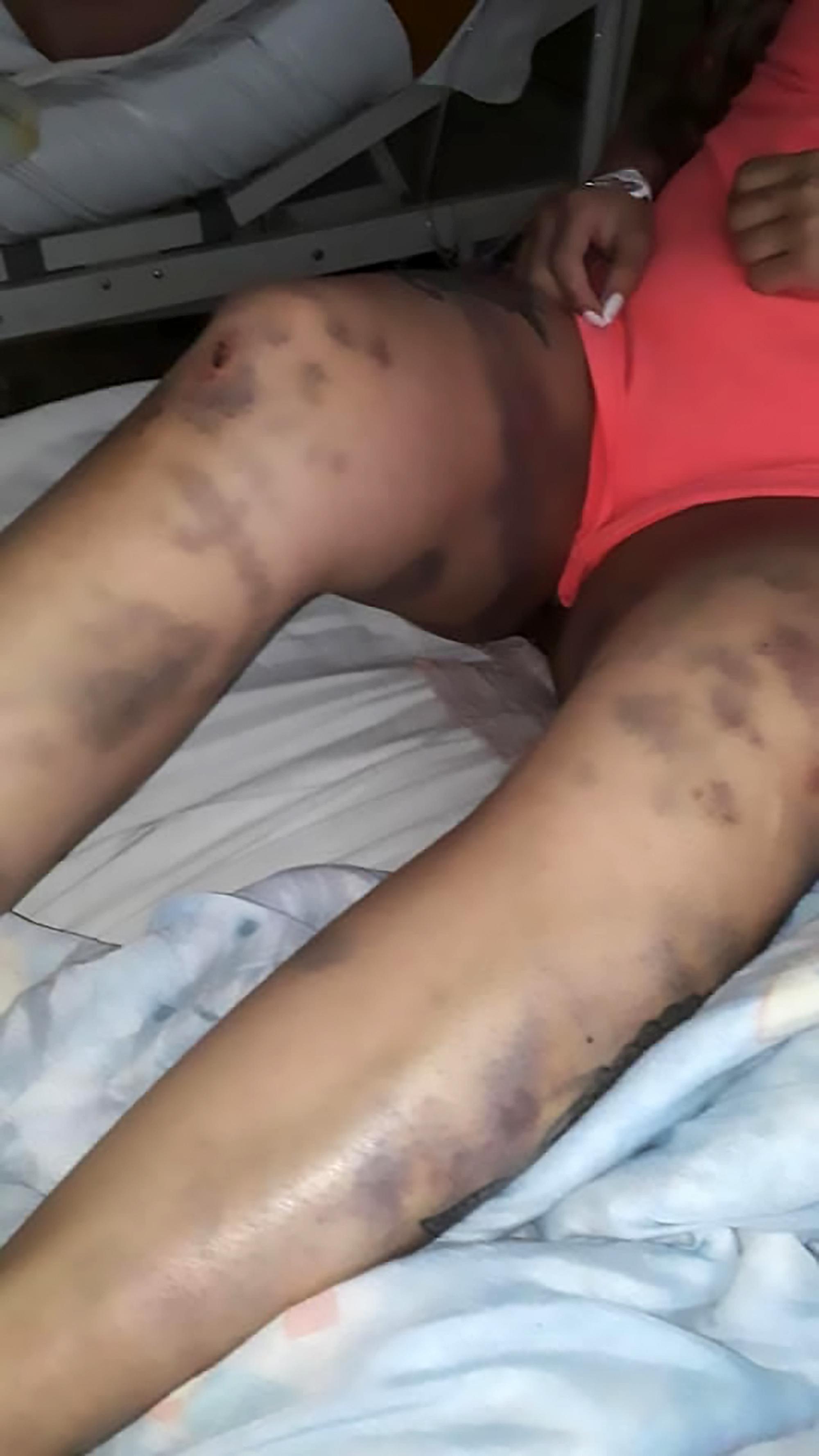 She said: "Every day he beat me more and more. One day he threw me to the floor and stamped on me because the car had broken down."

She had thrown him out and obtained an exclusion order against him, but Vidal allegedly ignored it and went back to live with her and her six-year-old daughter.

She alleges he later flooded her with messages saying he had changed and "found religion", at the same time as allegedly sending sexual photos of her to her mother and work colleagues.