She stole seashells: Tourist is sentenced to 15 days in jail for picking conches off a Florida Keys beach even though ‘she didn’t realize it was illegal’

A Texas woman has been sentenced to 15 days in jail for taking 40 queen conchs in the Florida Keys.

Diana Fiscal-Gonzalez, 30, was sentenced last week after pleading no contest to taking the mollusks, the Miami Herald reported.

The judge withheld adjudication, meaning she won’t have a criminal conviction on her record. 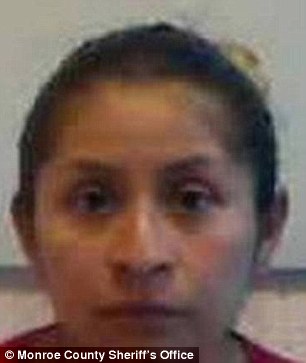 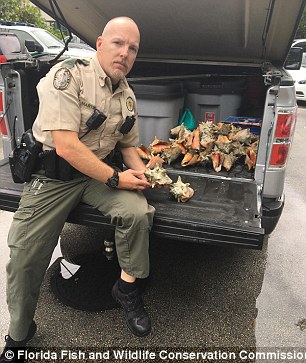 Diana Fiscal-Gonzalez (left), 30, was sentenced last week to 15 days in a Florida jail for taking 40 queen conchs in the Florida Keys. Officer John Martino of the Florida Fish and Wildlife Conservation Commission found Fiscal-Gonzalez with the conchs 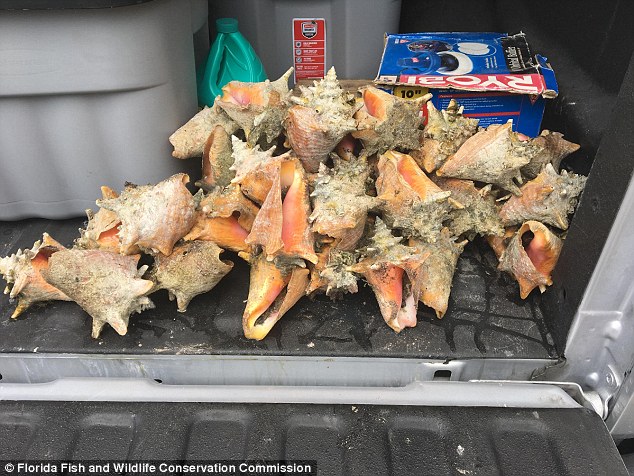 The officer photographed the conchs and returned them to the ocean. Most were still alive

A Florida wildlife officer arrested the Dallas woman last July outside a Key West home, where she had the state-protected animals in three plastic containers.

The officer photographed the conchs and returned them to the ocean. Most were still alive.

Fiscal-Gonzalez said she was taking the conchs for gifts and didn’t realize it was illegal.

She must report to the Monroe County jail Aug. 10.