A WOMAN left her high-flying job and spent $50,000 turning herself into a tattoo-covered CYBORG complete with HORNS on her head.

Lina L, from Germany, who goes by the name Cigno, worked full-time in corporate tech, and is now a tattoo model and artist living in San Francisco, California. 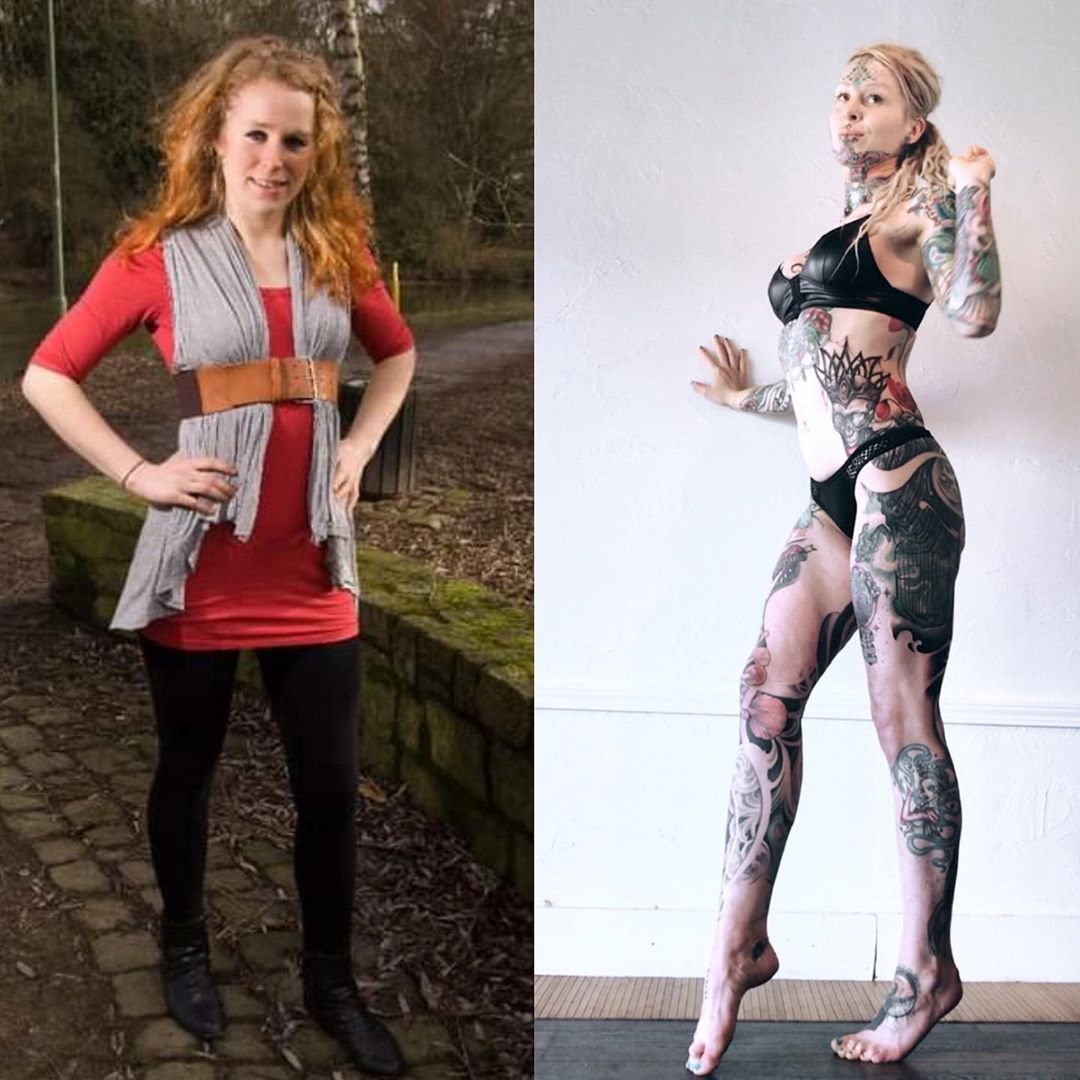 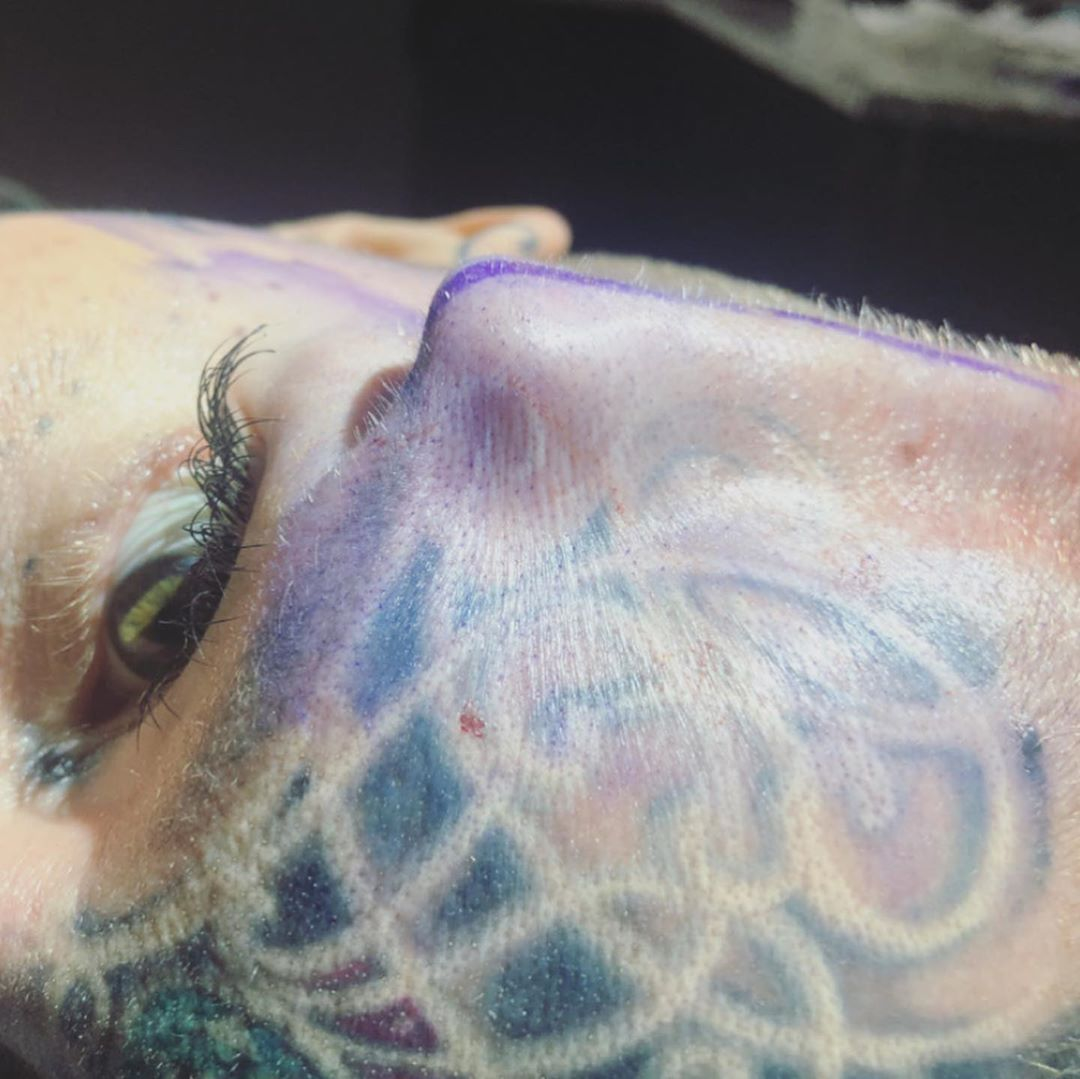 She has spent over $50,000 on tattoos, piercings, breast implants and even ear surgery – completely transforming herself from a girl-next-door into a fierce tattoo model.

Lina has now revealed she has undergone three more extreme body modifications in the past month, adding to her transformation in a quest to achieve a ‘City cyborg look.’

She said: "I got 3D-Art Implants for my forehead (silicone ribs/spines) and chest (silicone circle) which were installed by Ian Bell with implant grade silicone designed by Steve Haworth, who invented the 3D-Art implant.”

"I will get my tongue split and my ears pointed."

Lina added that the procedure took around 1.5 hours and “wasn’t cheap” but admits she has spent far more on body modifications, tattoos and plastic surgery in the past. 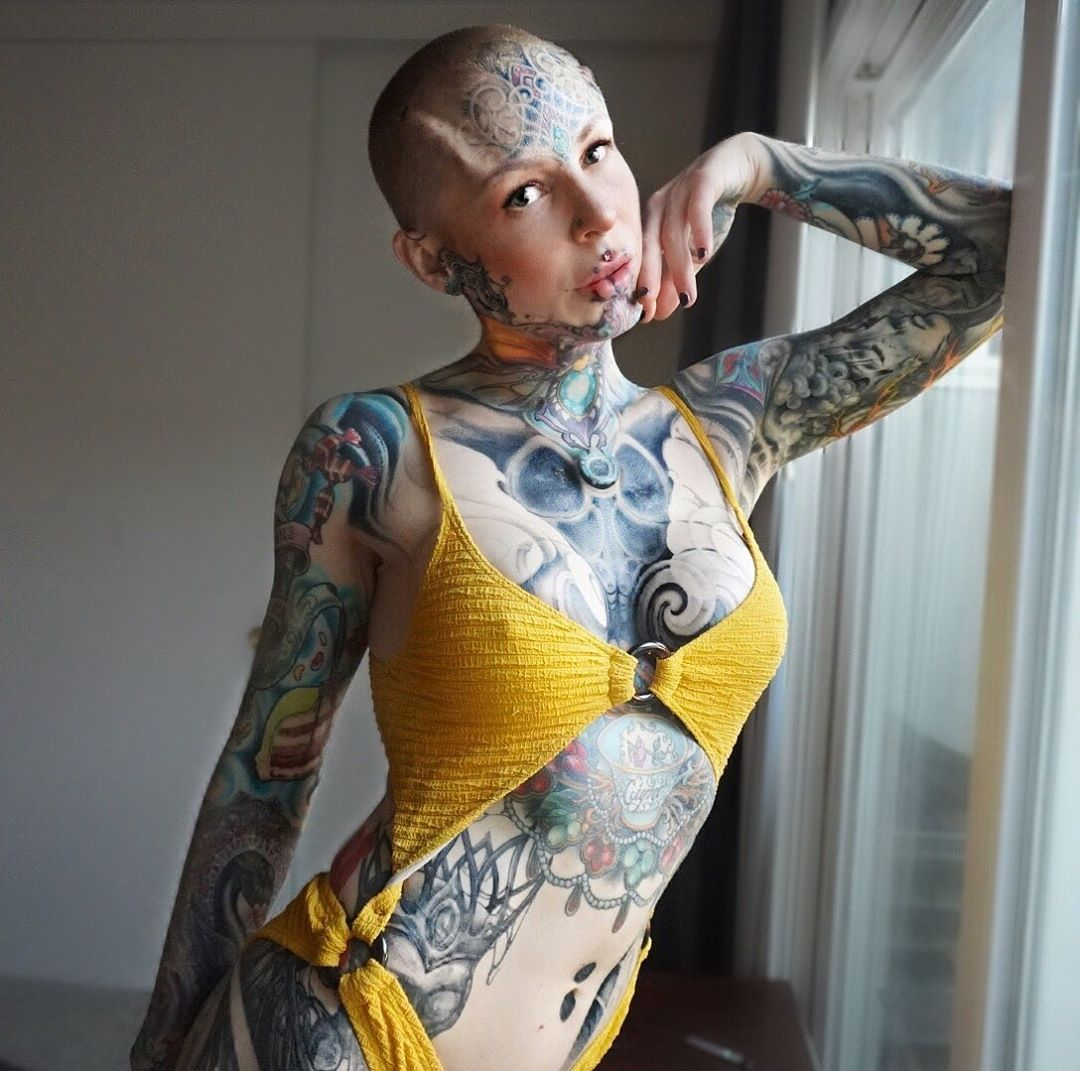 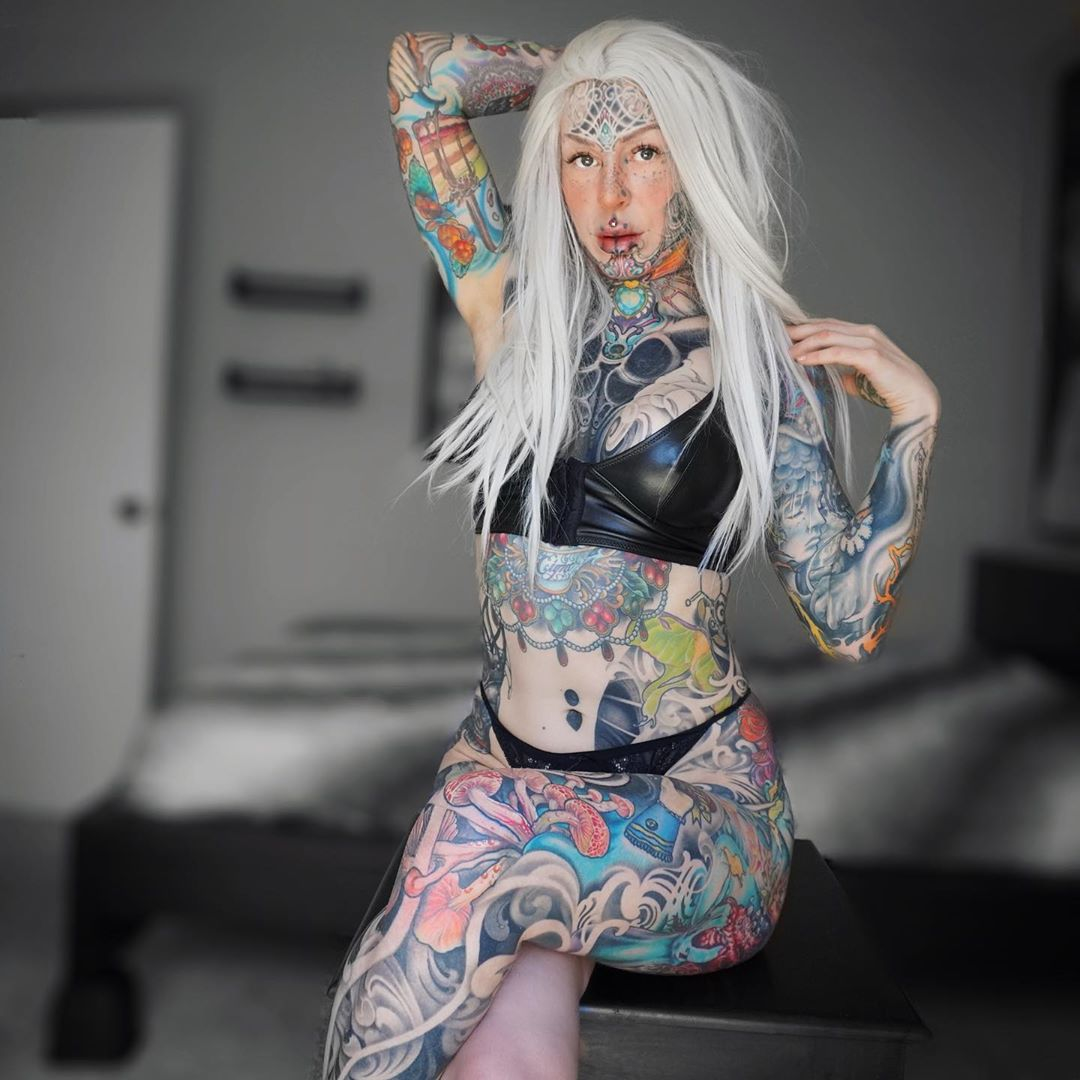 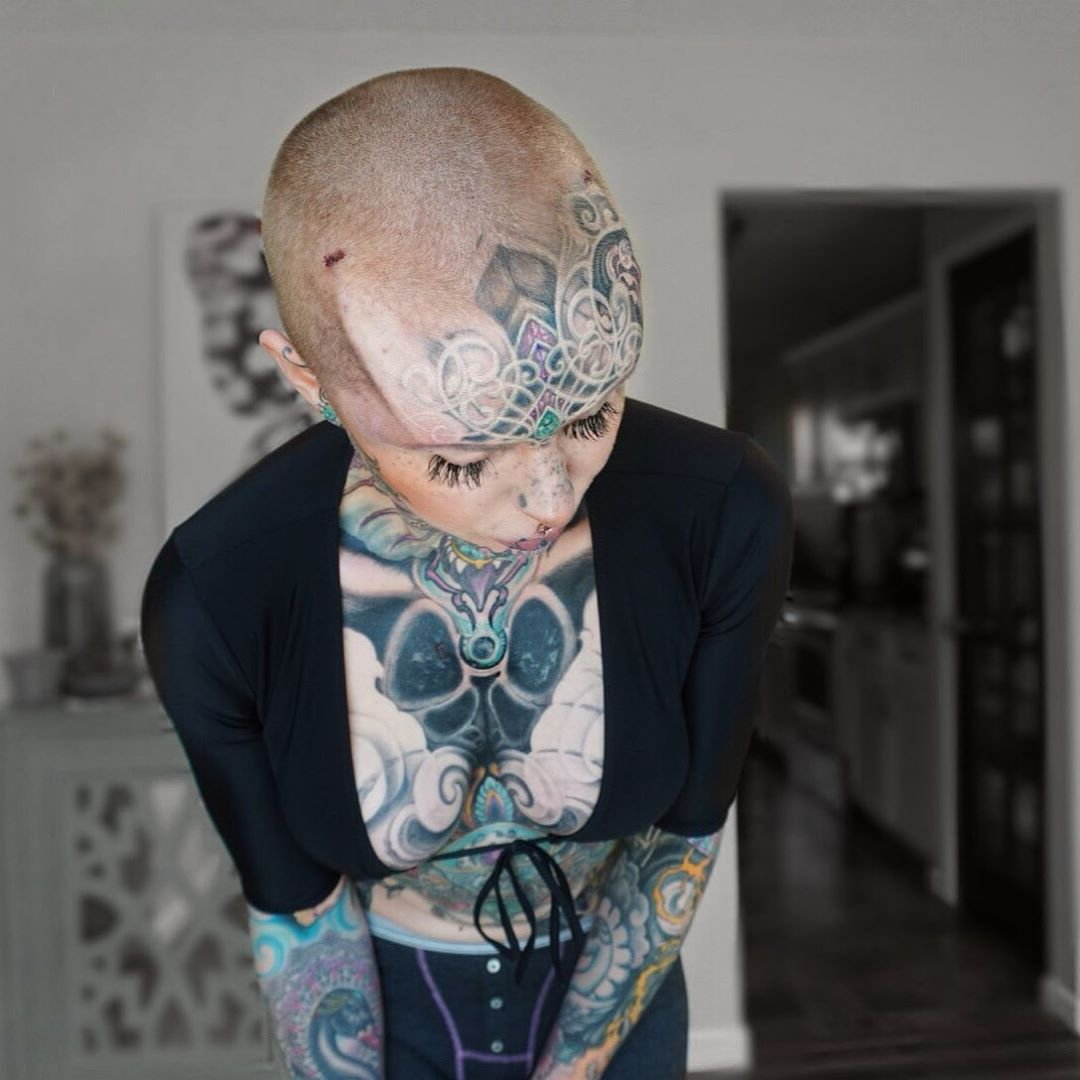 She continued: "I wasn’t happy with myself and I decided I don’t have to accept something if it doesn’t contribute to my overall happiness.

"There are many ways to transform yourself.

"Technology, medical advancements as well as the art of body modifications make it possible to pursue my transformation – which for some people may seem extreme."

She says a switch “flipped” in her mind, that led her to begin her transformation.

The model started eating healthy and working out regularly, causing her to lose almost four stone and shortly after, began her body modification process.

Cigno had her first tattoo inked in 2010 and now has over 100 all over her body – including her head and face.

She has also had breast implants, nose surgery, piercings, stretched ear lobes and shaved her head bald to give herself a striking new look.

She added: "Self-expression means something different for any individual – the closer one comes with being who they truly want to be – the happier they are with themselves and the more accepting they will be of others." 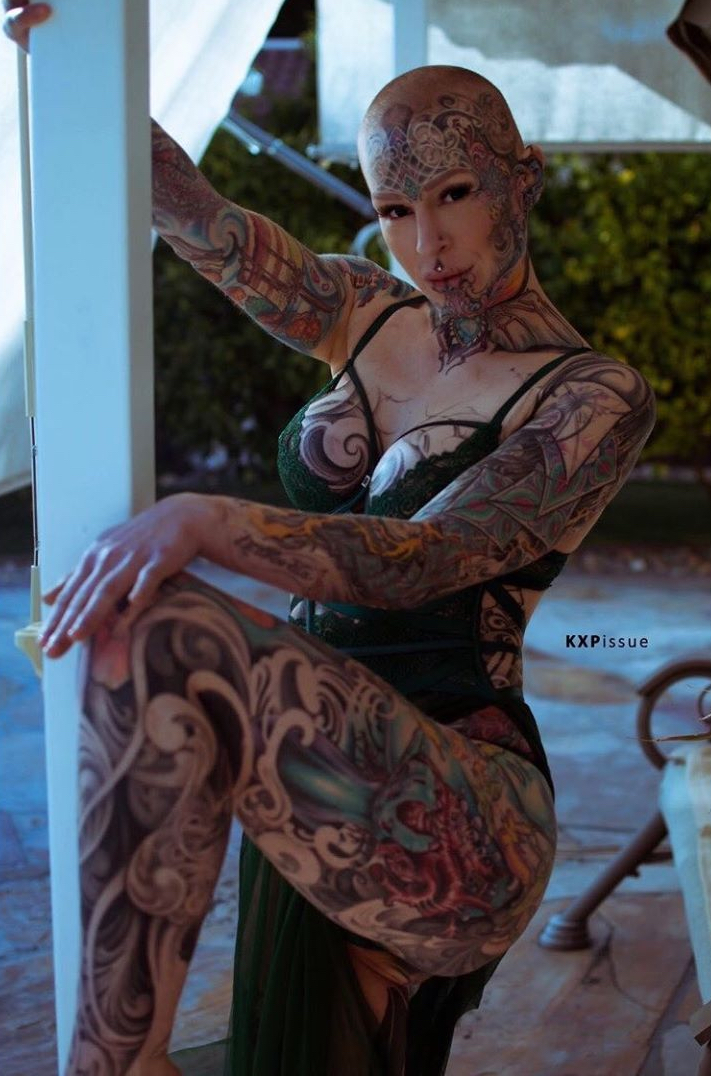 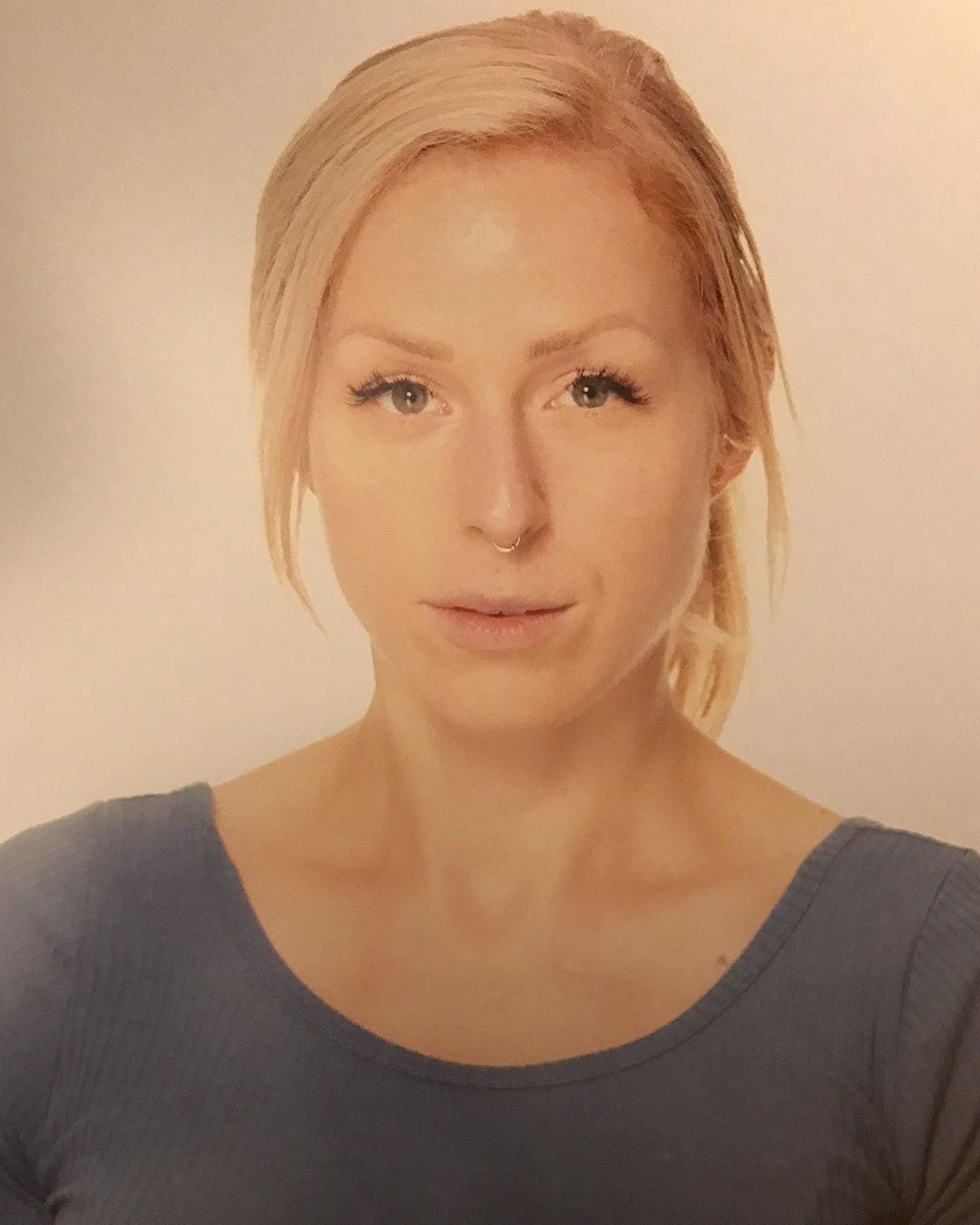 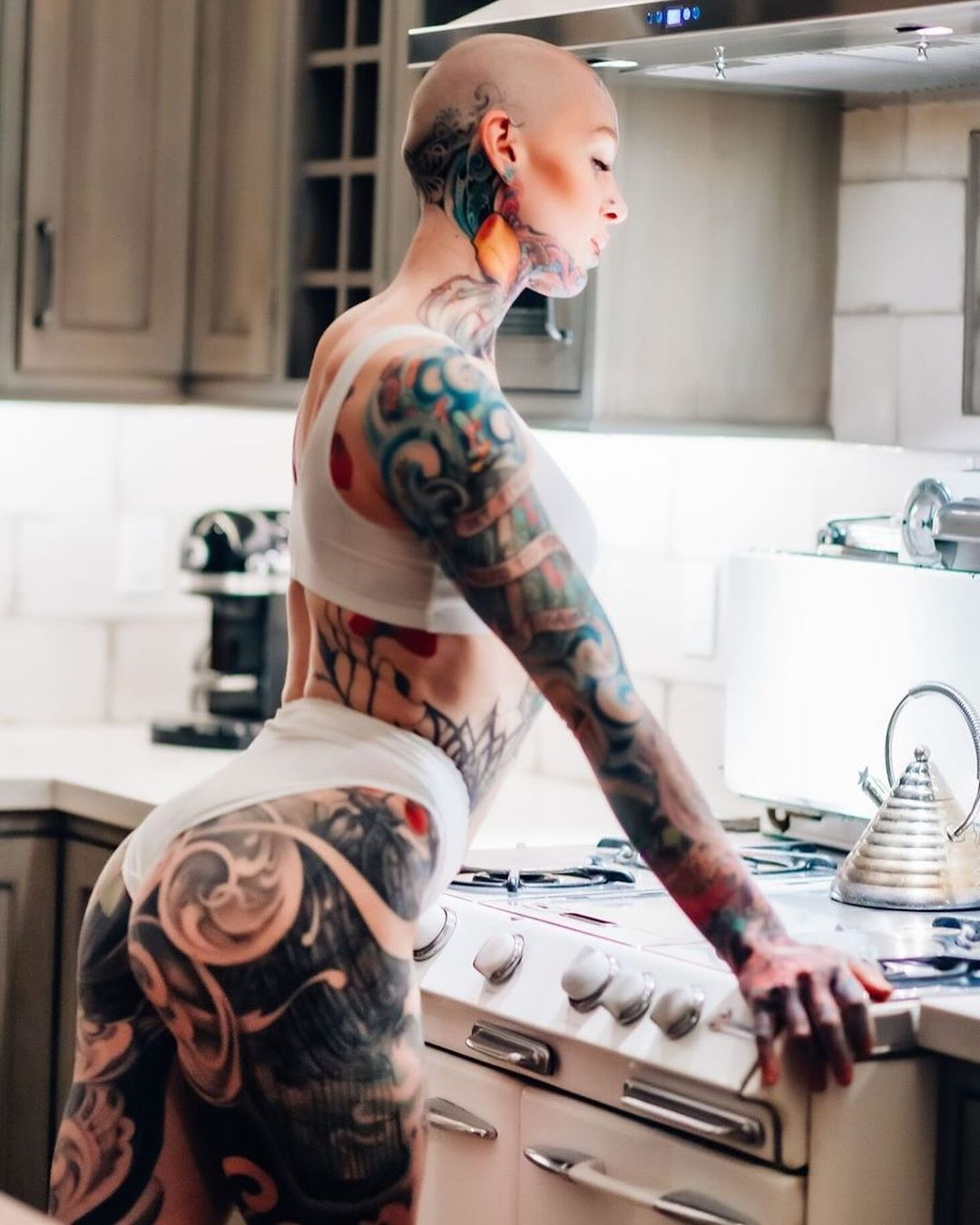