A hard-hitting new anti-Covid advert, complete with horror movie soundtrack, has been released by the Scottish government to encourage the public to adhere to the restrictions.

The chilling video aims to warn viewers just how easily the virus can be spread by using filthy green slime as a graphic visual aid.

As the granddaughter moves around her grandfather’s kitchen to make him a cup of tea, the green slime can be seen contaminating everything she touches.

The video has sparked mixed reactions from the public with some cheering the Scottish government’s stark warning while others accuse them of ‘scaremongering’.

It comes after Boris Johnson came under fire for appearing to blame the British public for the increase in coronavirus cases during his televised address this week.

Mr Johnson has blamed an increase in infections on people breaking the rules as a wave of new restrictions were introduced in a bid to curb the rise in cases. 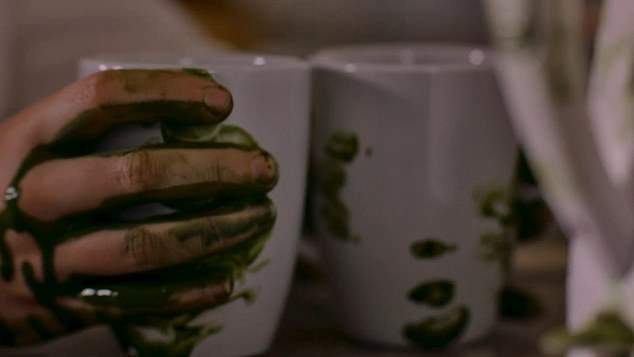 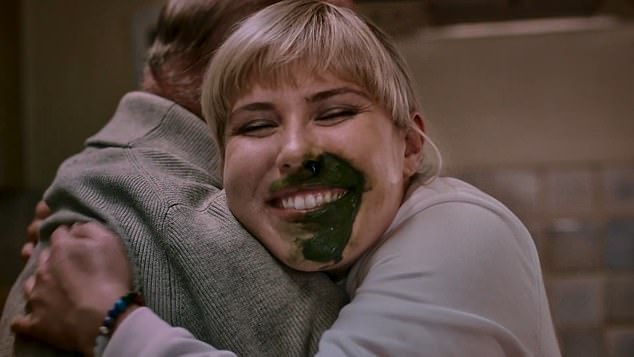 The slime is spread from the woman’s face and hands on to the kettle, the cupboards and kitchen surfaces.

After she watches a video of what appears to be her on a night out with friends the previous night, she passes her grandfather the newly contaminated cup of tea.

The green slime ends up on the grandfather’s face after he takes a sip from the mug and says ‘lovely cup of tea’.

At the end of the video, the message warns: ‘DON’T PASS CORONAVIRUS TO THOSE YOU LOVE.’

The video description on Youtube also reads: ‘Remember if you are meeting with friends it should be a maximum of 6 people from 2 households at a time (up to 4 households a day). Keep 2m apart, even from your friends.’

One woman tweeted: ‘This is how it’s done!!!!! Well Scotland and Nicola Sturgeon.

‘How lucky the Scots are to have such caring people looking after their well-being.’

Another called it ‘a misleading piece of propaganda’ while a third said it was ‘horrendous and ineffective’. 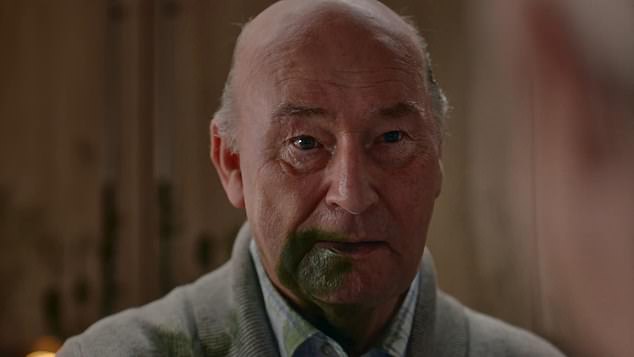 By the end of the video, the grandfather has been ‘infected’ with the green slime from his mug

It comes as Britain recorded 6,178 cases of coronavirus yesterday as government data shows the outbreak has risen by around 37 per cent in the space of just one week.

In Scotland, the highest ever rise in cases was recorded yesterday as 486 people tested positive in 24 hours.

First Minister Nicola Sturgeon said the country was at its ‘tipping point’ as more measures have had to come in to slow the spread of the killer bug.

She said it is highest single day rise since in Scotland since the beginning of the pandemic as she introduced tougher new restrictions than England.

Speaking on ITV’s Good Morning Britain programme she said Scotland and the UK were in a ‘tough spot’.

Ms Sturgeon added: ‘If we don’t act now, urgently and decisively, then we might find Covid running out of control again.

‘The judgment I have made, and it is not an easy one, is if we take tough action now we might actually manage to be under these restrictions for a shorter period of time then we would end up being if we delayed that action.’ 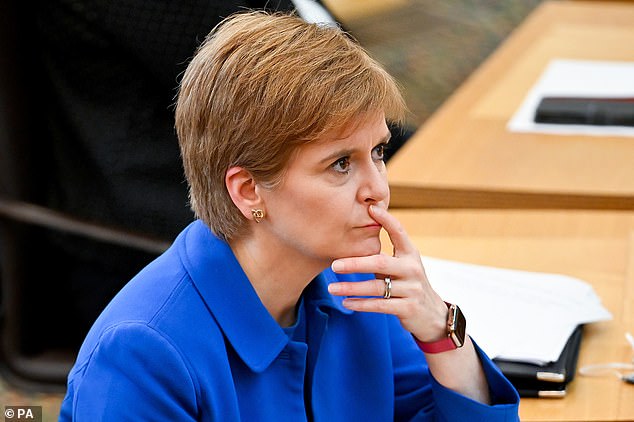 In Scotland, household mixing indoors will no longer be allowed, with exemptions for those living alone, couples not living together, childcare and tradespeople.

Nicola Sturgeon said children under 12 will be exempt from the current limit of six people from two households when meeting outside, and those between 12 and 18 will be able to meet a limit of six others from six households outdoors.

From Friday pubs, bars and restaurants must close at 10pm.

People in Scotland are also being advised against car-sharing.

Ms Sturgeon has asked people not to book any overseas travel for the half-term break unless it is essential, and to use it as an opportunity to ‘further limit social interaction’.