Mother, 39, who beat her ‘loathed’ step-grandfather to death with his own walking stick and stabbed him more than 120 times on Christmas Day is jailed for life 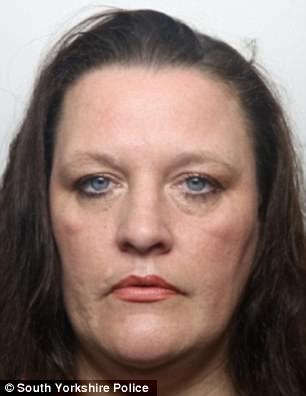 Lindsey Fletcher, 39, of Doncaster, murdered her step-grandfather on Christmas Day

A woman who murdered her step-grandfather on Christmas Day by beating him with his own walking stick and stabbing him more than 120 times will serve at least 13 years in prison.

Lindsey Fletcher, 39, of Doncaster, claimed she attacked Michael Eaton when he tried to sexually abuse her as he had done when she was a child.

But prosecutors told Sheffield Crown Court that 72-year-old Mr Eaton was dominated by drug-addict Fletcher and was the victim of her violent temper.

Yesterday, Fletcher was found guilty of murder, jailed for life and told she must serve a minimum term of 13 years in jail.

A jury at Sheffield Crown Court heard how Fletcher said that Mr Eaton had abused her when she was young, although she never reported this to the police.

Prosecutor Dafydd Enoch QC said Fletcher told people she ‘loathed’ him and talked about killing him, researching poisoning on the internet.

Mr Enoch said she went to live with Mr Eaton, despite their history, at his flat in the Balby area of Doncaster, using him to get easy money. 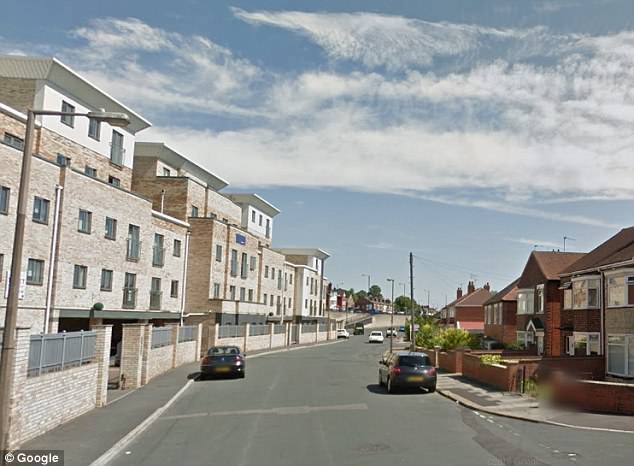 The jury heard how, after she attacked him on Christmas Day last year, Fletcher stripped the retired delivery driver’s body naked and doused it with bleach before taking her daughter with her to dispose of his clothes on waste ground and in a river.

Mr Enoch said: ‘He may have put up a bit of a struggle, but not much. He didn’t have a chance.’

The prosecutor urged the jury of seven men and five women to reject Fletcher’s story that she lost control when he tried to abuse her again on Christmas Day.

Mr Enoch told the jury: ‘If he did abuse her when she was a child it was unforgivable and disgusting but it does not entitle the defendant to kill him in cold blood.’

He said: ‘No-one in law is entitled to end a life in that way.’

Fletcher had admitted manslaughter but denied murder. She was found guilty after a four-day trial.

After the sentencing, South Yorkshire Police Detective Chief Inspector Steve Handley said: ‘Mr Eaton was found with in excess of 120 stab wounds to his upper body, including to his face, head and neck.

‘After he was killed he was stripped naked and had bleach poured over him in an attempt to conceal evidence.’

Mr Handley said his officers conducted extensive searches which included divers recovering his jumper from the River Don. It was covered in holes showing exactly where he had been stabbed.

The walking stick was also found but the knife Fletcher used has never been recovered.

He said: ‘During the four-day trial, Fletcher revealed that her hatred towards Mr Eaton had stemmed from prolonged sexual abuse by him, from her childhood into adult life, a fact she had never reported to the police.’