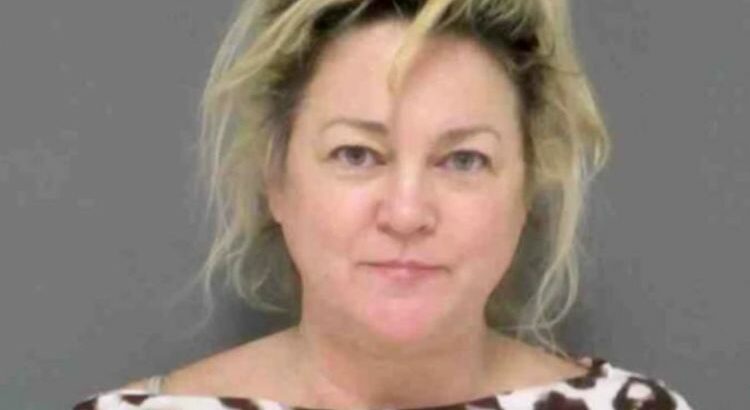 Rebecca Lanette Taylor offered $500,000 (£370,000) to a mother of two as they queued to pay for their groceries. The 49-year-old allegedly approached a mother-of-two in a self-checkout queue of a Walmart in Crockett, Texas on 13 January.

The mother, who has not been named, had her one-year-old son in the shopping trolley and her baby in a car seat.

Mr Taylor reportedly commented on one of the children’s blonde hair and blue eyes before asking “how much she could purchase him for”, according to an affidavit seen by NBC News.

“Taylor said that he was the perfect fit and she had been wanting to buy a baby for a long time now,” the affidavit stated.

After telling Taylor to stay away from her son, the mother said she was asked by another woman, who was with the accused, what her child’s name was but she refused to tell her.

However, the pair seemed to already know his name and started “calling him”.
The two women then left the store and the mother started heading towards her car.

As she approached the car park, they began shouting at her and Taylor stood behind a black SUV next to the mother’s vehicle.

Taylor continued to tell the mother she would give her $500,000 for the child “because she wanted him and she was going to take him”, the affidavit said.

Eventually, she got into a black car and drove off.

On Thursday, Taylor was released from Houston County Jail on bond but could face up to 10 years in prison if found guilty.

Every 40 seconds, a child goes missing or is abducted in the United States.
Approximately 840,000 children are reported missing each year and the FBI estimates that between 85 and 90 percent of these are children.

While most reports of missing or abducted children are resolved within hours, many involve situations where a child goes missing permanently or for an extended period of time.

Family kidnappings make up half of all reported abductions in the United States.

Family abduction is typically committed by parents and it involves a significantly higher proportion of female perpetrators when compared to other kidnapping offences.

Children under the age of 6 are most frequently targeted for family abductions and these often occur in the midst of bitter divorce or child custody battles between parents.

Family abduction poses unique issues for law enforcement, as the child may be unwilling to leave his or her abductor and other family members may be involved in concealing and aiding the abducting parent.

Non-family abductions include kidnappings committed by acquaintances and strangers.

Acquaintance abductions makeup 27 percent of all child abductions and is committed by a disproportionally high number of juvenile offenders.

Acquaintance abductions also have the highest number of female and teenage victims and are often associated with other crimes such as sexual and physical assault.

Stranger abduction is most likely to involve a firearm when compared to the other types of abduction and is associated with sexual assault in female victims and robbery in male victims.

AMBER stands for America’s Missing: Broadcast Emergency Response and was created to honour Amber Hagerman, a nine-year-old girl who was kidnapped and murdered in Arlington, Texas.

Over 800 children have been rescued because of AMBER alerts and these messages have proved to be a highly effective tool in finding missing children and protecting children from abduction.