A bus passenger in China has been detained after dangerously grabbing the driver’s steering wheel in a bid to get off the vehicle between stops.

The woman had missed her destination during sleep and was furious when she woke up on a different street in the southern province of Fujian.

She kicked the bus doors angrily, yelled at the transport worker before launching the assault on him while he was still driving. 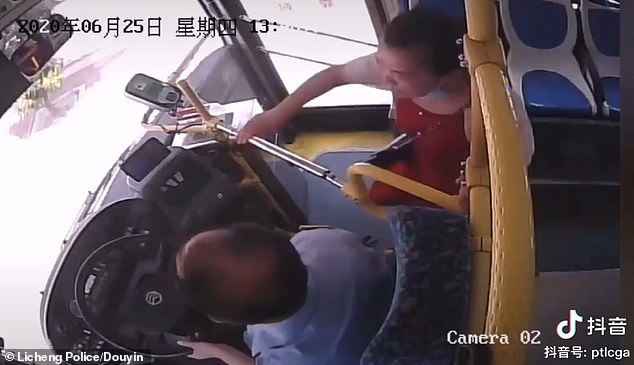 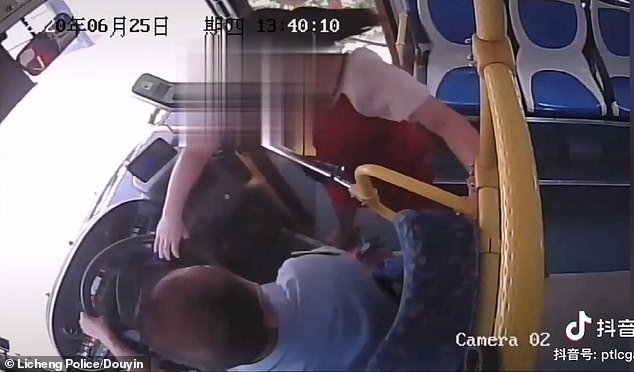 She repeatedly yells ‘stop, stop, stop’ while trying to take control of the vehicle in Putian city

Local police revealed the case through a social media video post on Sunday.

The incident took place on a number 28 bus in the city of Putian at around 1:30pm on Thursday.

Security footage shows the enraged woman, who was the only passenger on board, shouting ‘let me get off’ at the driver after realising she had gone past her station.

The driver halted the bus at the next stop, but the woman did not get off. The doors shut when she approached them.

After the bus re-started, she raised her voice and yelled ‘how do you expect me to walk in such hot weather’.

She also began to kick the bus doors and pulled the railing forcefully. 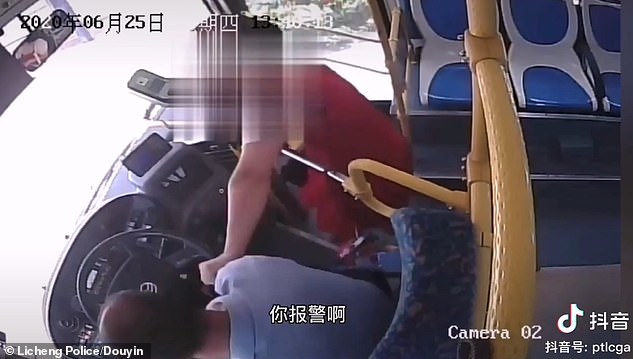 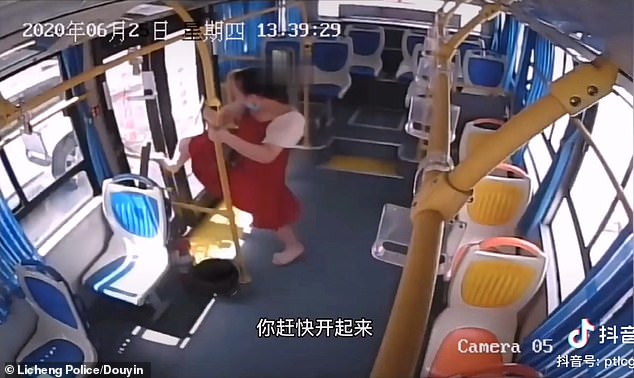 When the driver refused to stop, she dashed towards the driver’s cabin and violently grabbed the steering wheel from him.

She repeatedly cried ‘stop, stop, stop’ while trying to take control of the vehicle. After the man pulled over the bus to call the police, she hit him on the shoulder.

The woman, who remains unnamed, claimed to police officers that she would not have attacked the driver had there been other passengers on the bus.

Police have imposed ‘criminal compulsory measures’ on the woman on suspicion of ‘endangering public security by dangerous means’.

Those who are found guilty of the crime can be sentenced to death if the circumstances are particularly serious, according to China’s top law-enforcing authority. 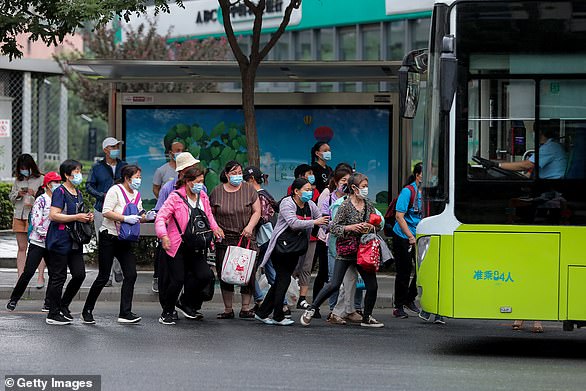 Passengers who interfere with bus drivers by snatching the steering wheel can be charged with the crime of endangering public safety by dangerous means in China.

The offence refers to the acts that endanger public safety by using methods with an effect that is equivalent to setting fire, explosions or dropping dangerous substances, according to the country’s criminal law.

Chinese citizens can be given a sentence between three to 10 years if their action has not caused a serious impact.

If the case has resulted in severe injuries, death or significant financial loss, one can receive an even longer jail term, life imprisonment or even the death penalty.

Such harsh prosecution came after the country was shocked by a tragic incident, in which a bus plunged over 160 feet off a bridge into the Yangtze River in south-western Chinese city Chongqing.

Thirteen people were found dead, and two were missing during the 2018 incident caused by a fight between the driver and a passenger.

Similar events, however, continue to happen across China.

Chinese officials said they planned to classify ‘snatching bus steering wheel’ as a specific crime as lawmakers handed in a proposal on Sunday, according to Chinese media.