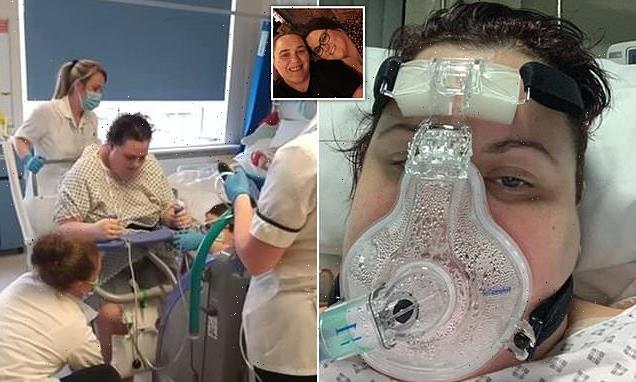 ‘I was too scared to get a jab and I ended up ”dying” eight times’: Woman, 35, left unable to walk urges people to get vaccinated

A woman who suffered eight cardiac arrests while hospitalised with Covid after refusing the vaccine has now urged others to get the jab.

Gemma Roberts, 35, had to be revived eight times by medical staff at Warrington Hospital after her heart stopped multiple times.

On August 11 of this year, she was rushed to hospital and placed on a ventilator after contracting coronavirus.

The former Eddie Stobart employee told The Mirror that after initially being rushed to hospital, she pleaded with doctors not to let her die and that she rang her partner Sophie to tell her she was being put to sleep. 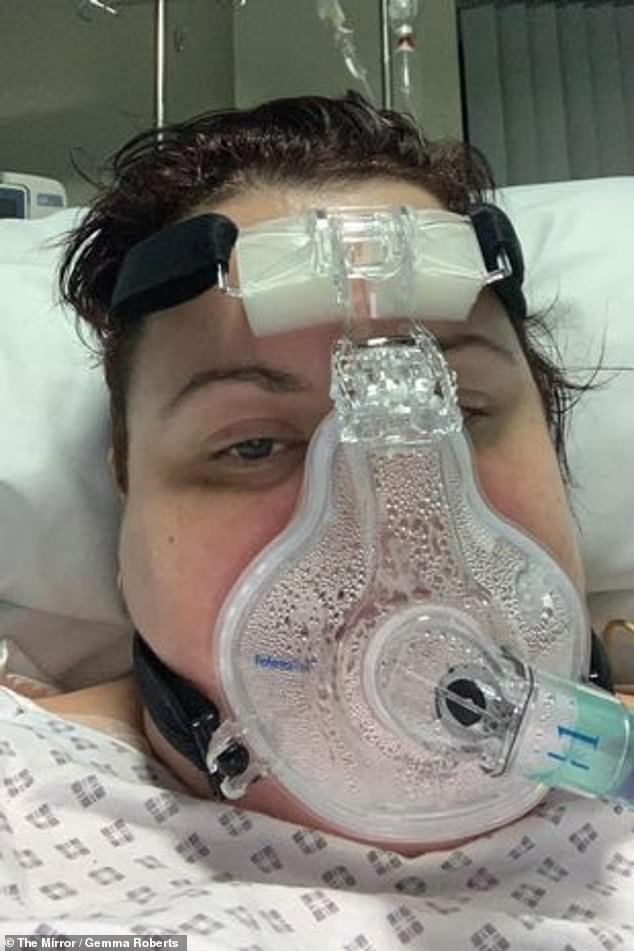 Gemma Roberts, 35, (pictured while in hospital) had to be revived eight times by medical staff at Warrington Hospital after her heart stopped multiple times

She said: ‘I wish I had the vaccine before, I think everyone should have it now.

‘I was one of those people that was scared of having the jab. I heard it had killed people.

‘I took a chance and I almost didn’t pull through. Medical professionals saved my life, that’s who I will listen to now.’

She added that she felt guilty for having put her family through such stress.

She said she thought she was just hungover following a wedding party the weekend before because she had been feeling tired, sick and out of breath.

After her positive tests, she was told she would be taken to hospital so medical personnel could administer her with oxygen before letting her go again.

Partner Sophie said that she was told two days after being admitted to hospital that she was going to be put to sleep – before she suffered cardiac arrest on August 14. 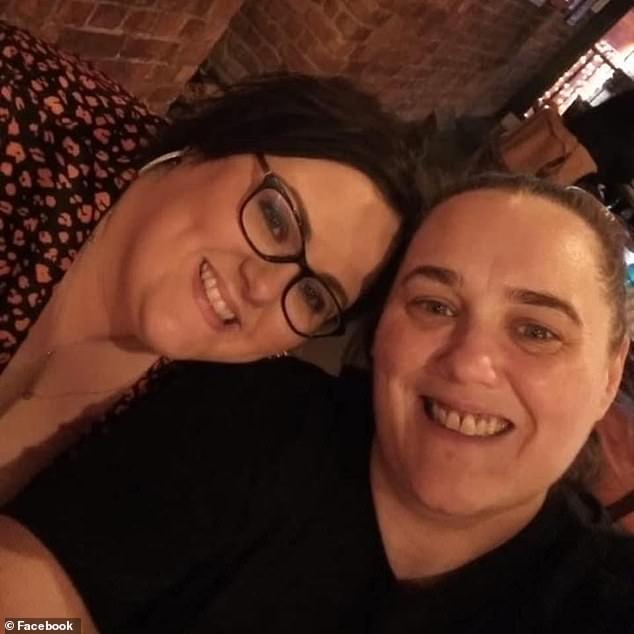 Pictured: Gemma with her partner Sophie, who proposed to her after she woke up in hospital

She was brought back by medical staff before suffering a further two in the following days.

Then, on August 31 she suffered four cardiac arrests on a single day after having been on a ventilator for three weeks.

One more cardiac arrest followed, and she was eventually taken off of a ventilator at the beginning of October.

However, upon waking up, she discovered that she couldn’t move her arms or legs.

She has since worked with physio staff to allow her to walk again with the use of a walking aid – and Sophie even proposed.