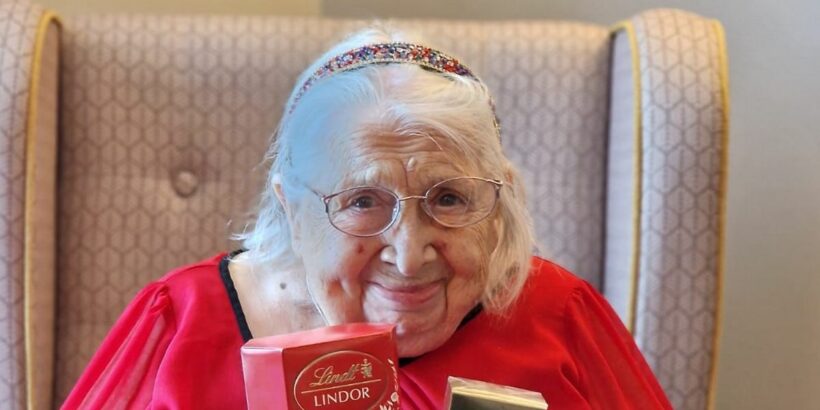 A 100-year-old woman has revealed on her centennial birthday that her secret to living a long life is to avoid strange men.

Olive Westerman celebrated her 100th birthday with an afternoon tea at the Deewater Grange care home in Chester.

She said she was amazed to live such a long life: “I actually can’t believe I’m now 100, but it feels amazing.

"Avoid talking to strange men and you’ll be just fine."

Olive, from South Kirby in West Yorkshire, added that the other secret to living a long and happy life is to simply be happy and content to be alive, and to make the most of what you have.

The former nursery nurse added: “Over the years I have spent a lot of time working with children, and this will certainly help to keep you young at heart”.

Staff at her Chester care home carried on a tradition started by her late husband Sam, a travel writer, and gave her a bottle of Estee Lauder perfume.

She also received a letter from King Charles congratulating her on living such a long life.

Olive said that she has lived an action-packed life, spending time in Singapore and then travelling the world with her husband, who she met at church as a young woman.

“What I loved about him most was his kind and gentle nature, and the fact he was always trying to help others”, she remembered.

Olive joins the ranks of the roughly 15,000 British people who have been alive for more than a century.

Data from the Office of National Statistics shows that most people who live for a century or more are female, with 12,000 British women living for more than 100 years, while just 2,700 men live for the same length of time.

ONS data also revealed that the number of centenarians has tripled since 1994.