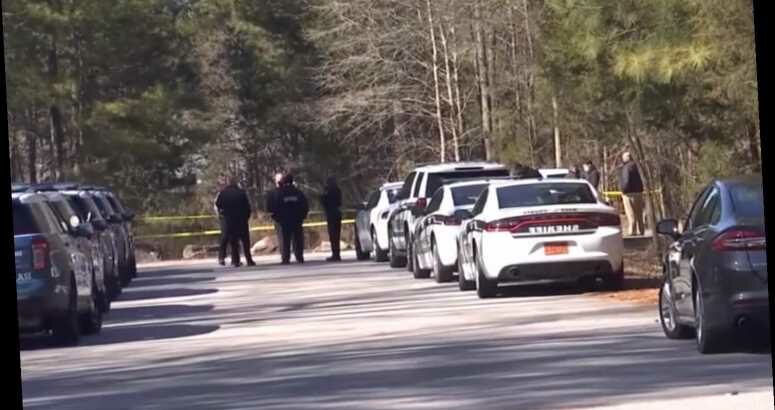 Five days after a pregnant North Carolina woman was reported missing, authorities discovered a body that had been stuffed into a suitcase near a river.

The body was discovered Monday morning near the Neuse River, which is located on the state's coast east of Raleigh, CBS 17 reported.

Wake County Sheriff's deputies had been combing the area all weekend in search of 28-year-old Brittany Samone Smith, who was reported missing on Thursday, ABC 11 reported.

Wake County Sheriff Gerald Baker said that authorities are "getting ready to confirm" the identity of the woman who was found Monday pending the State Medical Examiner's Office autopsy report. RELATED: Woman Arrested After Allegedly Being Caught While Trying to Drown Baby in Virginia River

Baker did not confirm that the body found belonged to Smith, who was reportedly noticeably pregnant. Smith's family was reportedly at the scene where the body was found.

"I can't sit here and tell you that's what's in there right now. We have not gotten to that point," Baker said, ABC 11 reported. "We have information to believe it."

Baker added during a media briefing Monday that the scene was still being investigated and declined to provide further details about the body's discovery.

"We've got a lot of folks who are very concerned about the whereabouts of this young lady," he said of Smith. "She's a daughter, she's a sister, she's a family member to a lot of people who have been working very hard trying to find her."

"If this is, in fact, that young lady we've been looking for all weekend long, someone is responsible for that," he added, according to CBS 17's report. "That just doesn't happen."

"It's safe to say that this is no accident," he said.

Baker added that law enforcement has "people of interest" who were being brought in for questioning, news station WECT 6 reported, but no suspects have been named as of yet.

The Wake County Sheriff's office did not immediately respond to PEOPLE's request for comment.