Women will be allowed to go down the famous Cresta Run in Switzerland this year, 89 years after being excluded from the tobogganing track.

Until the late 1920s, men and women were allowed to hurl themselves, face forward, down the ice track on equal terms.

However, in 1929 women were banned from racing on the Cresta Run – because it was feared it could be causing breast cancer. 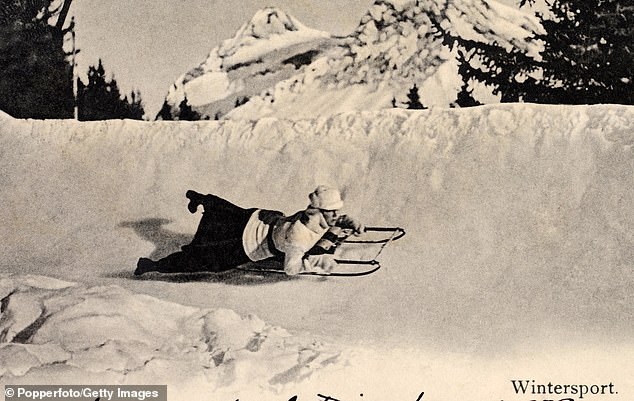 The Cresta Run is a 1,325 yard-long natural ice toboggan track in the high-end ski resort town of St. Moritz in eastern Switzerland.

It is the world’s oldest toboggan track and has been the home of the St. Moritz Tobogganing Club (SMTC), founded by British Military officers, since 1887.

For four decades, both men and women could be members of the SMTC and both genders competed on the Cresta Run each winter.

However, in 1929, women were banned from the SMTC and the Cresta Run, with the club citing health reasons. 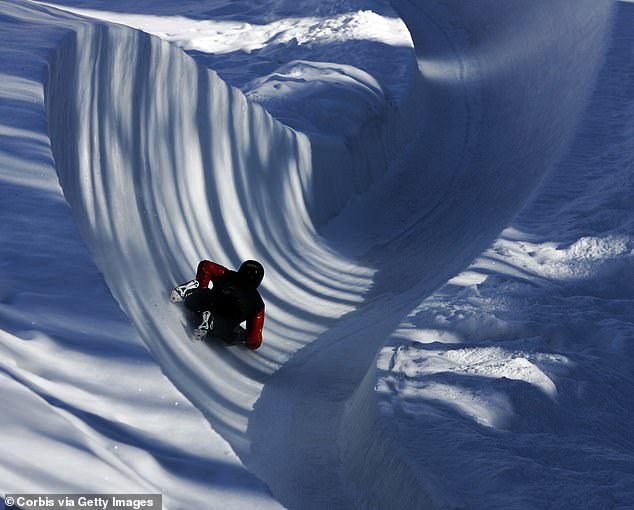 Modern times: Following a vote by the St. Moritz Tobogganing Club, women will be allowed to race down the Cresta Run as of this season 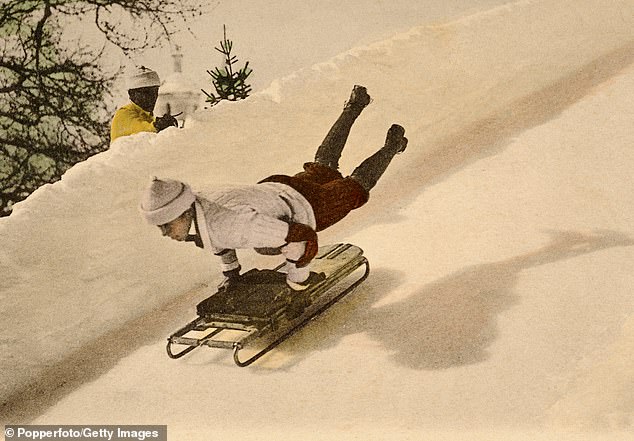 This photo shows a young man going down the Cresta Run circa 1930, around the time women were banned from racing on the track

‘The real truth was that advanced medical science was starting to unravel causes of cancer, in particular breast cancer, in women,’ author Michael Seth-Smith wrote in a book on the history of the club according to The Times.

‘For a woman to lie face downwards on a toboggan with the inevitable pressure [on her chest] as she raced head first down the Cresta was considered unwise by the medical profession.’

For 89 years women guests have only been allowed to race on one ‘Ladies Day’ per season, starting at a point further down the track. 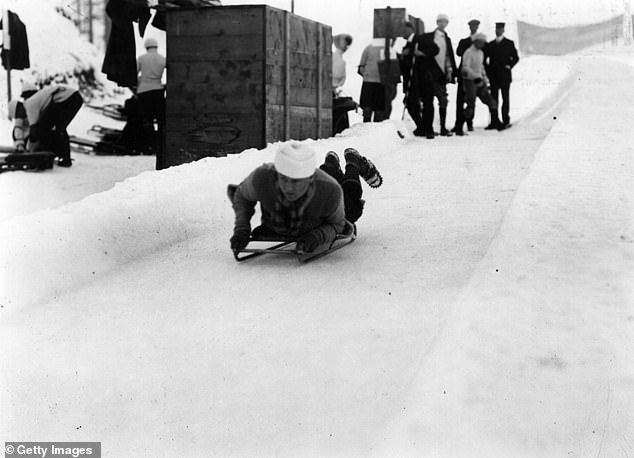 Competition: A male racer takes off from the top of the Cresta Run in 1908

However, at a SMTC meeting this summer, members voted by a two-third majority to allow women to ride the Cresta Run and become members, The Times reports.

Cresta Run riders go down the track on an individual toboggan, lying head-first on a special sleigh.

They race at incredible speeds of between 60mph and 80mph, with the current speed record from the top belonging to Irish skeleton racer Lord Clifton Wrottesley.

In 2015, Lord Wrottesley, who came fourth in the Men’s Skeleton at the 2002 Winter Olympics in Salt Lake City, went down the Cresta Run at a maximum speed of 82.87 mph, clearing the track in 49.92 seconds.

Five riders have been killed going down the Cresta Run since 1887, most recently 72-year-old Ralph Hubbard, from Alderney in the Channel Islands, in March 2017.