Iranian football fans’ seemingly normal grand final photo sends the internet into a spin – but can you tell why it’s got people celebrating?

Five women disguised themselves as men so they could sneak into an Iranian football match in brazen defiance of the country’s strict Islamic law.

Wearing fake beards, wigs and men’s clothing, the group snuck past security at Tehran’s Azadi stadium to watch their team, Persepolis, be crowned champions of the Persian Gulf Pro League.

Women have been banned from attending football matches in Iran since the 1979 Islamic revolution, with officials saying they must be protected from the vulgar atmosphere. 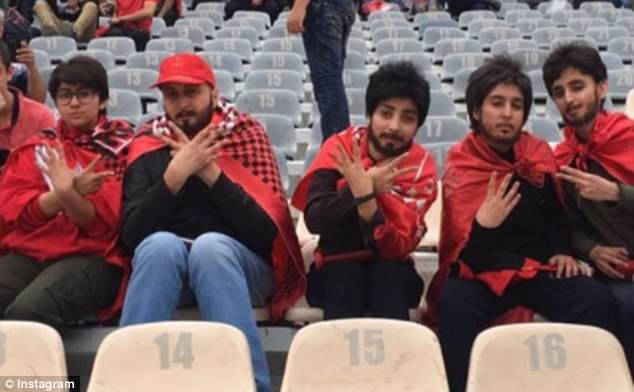 Five women disguised themselves as men so they could sneak into an Iranian football match in brazen defiance of the country’s strict Islamic law. 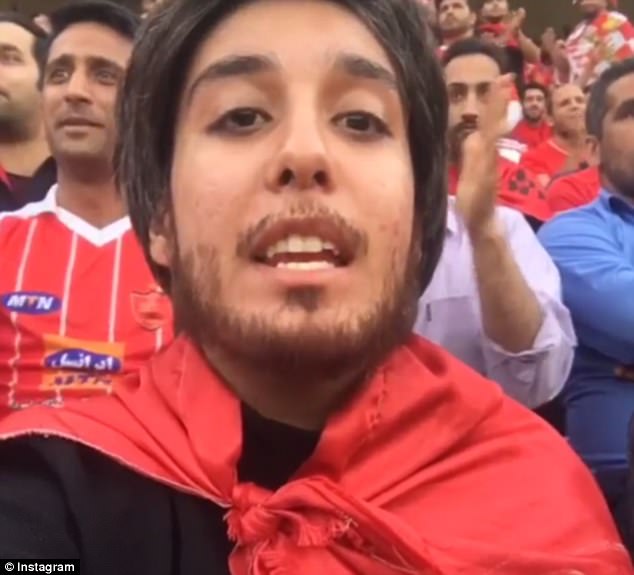 The women wore fake beards, wigs and men’s clothing as they watched their team, Persepolis, be crowned champions of the Persian Gulf Pro League

‘Wish one day soon they can enter stadiums with their own identity,’ one social media user commented on a picture, which has since gone viral.

The bold move came just three weeks after 35 women were arrested trying to attend a match between Persepolis and Esteghlal at the same stadium.

Government officials said the women were ‘held’ – not arrested – and released after they were transferred to what a ministry spokesman described as a ‘proper place’.

Last year, another group of women attempted to disguise themselves and were detained during a soccer match at Azadi Stadium. 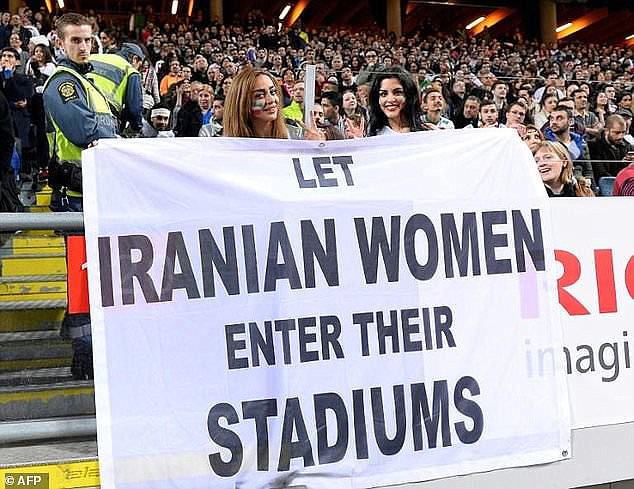 Supporters hold a banner calling for Iranian women to be allowed to enter football stadiums, during a match between Sweden and Iran in Solna near Stockholm in 2013

Alireza Adeli, head of security for the Tehran municipality, said it was not the first time it had happened.

‘Girls have tried in the past to enter the stadium,’ he said, adding that women would remain barred because of ‘crowding’ and ‘inappropriate conditions’.

‘The ban is aimed at preserving their honour, because the stadium’s atmosphere, commotion, and crowds are no place for them,’ he told Memri.

‘Women who wish to watch the match can do so on TV, which broadcasts the games and gives everyone a way to watch them live.’ 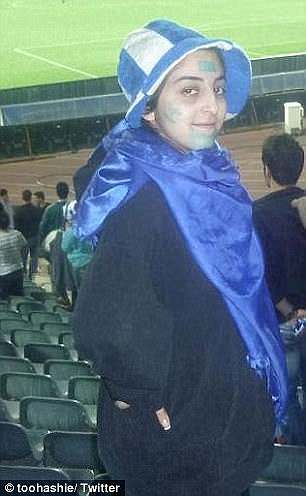 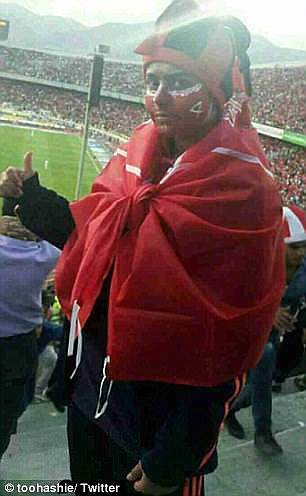 In 2017, Eight women (two pictured) were arrested in Iran for dressing up as men so they could watch a football match 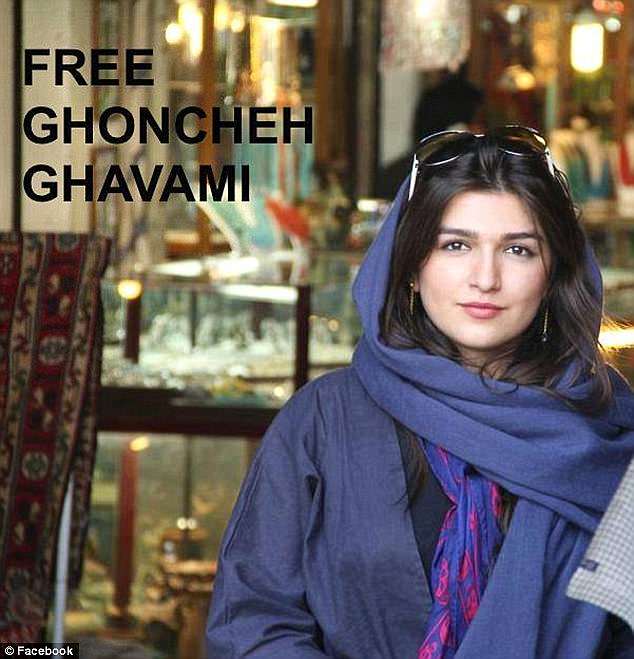 In 2014, Iranian-British woman Ghoncheh Ghavami was accused of ‘propaganda against the regime’ and sentenced to a year in jail after she attended a men’s volleyball game.

Iran’s ban on women attending sporting events was the subject of 2006 film ‘Offside’, in which a group of girls dress up a boys to sneak into the Azadi stadium to watch that year’s World Cup qualifying playoff against Bahrain.

The government of moderate President Hassan Rouhani wants to ease restrictions to some events, and women have been allowed to attend basketball and volleyball events, albeit from a separate section of the stands. 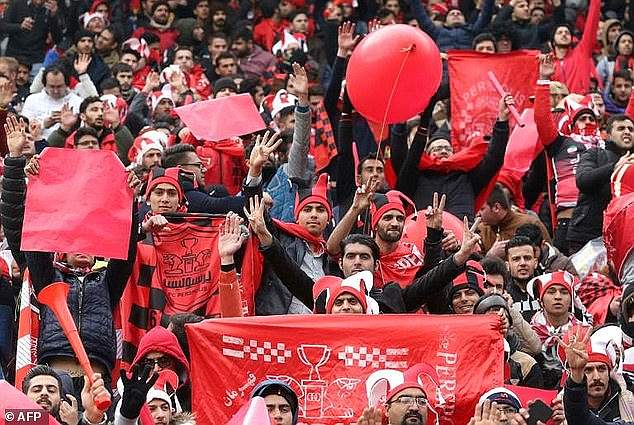