Campaigners call for crackdown on forced marriages as police reveal more than 3,500 cases in Britain in just three years

Campaigners are calling for tougher penalties on forced marriages after more than 3,500 cases were reported to police within just three years.

The data reveals the extent of the modern slavery problem currently facing Britain, with thousands more calls about forced marriage made to women’s groups and charities in recent years.

Support group Karma Nirvana revealed it took almost 9,000 calls about forced marriages in 2017 while a national helpline was contacted 22,000 times between 2014-2016.

During the same period, the police were contacted 3,546 times with official reports made about the marriages, based on figures obtained by the Iranian and Kurdish Women’s Rights Organisation. 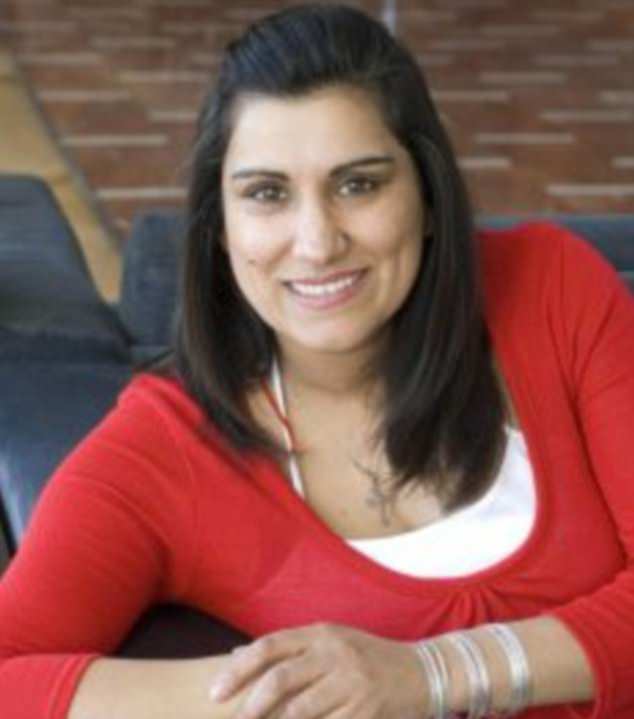 Jasvinder Sanghera, of women’s support group Karma Nirvana, said the organisation is contacted about sex and physical slavery from within forced marriages on a weekly basis

It is unknown how many women involved are British citizens and how many are brought into the UK from abroad specifically to marry, although Karma Nirvana say the majority of its calls concern British nationals.

The figures come just a week after a mother from Birmingham was jailed for more than four years for tricking her daughter into travelling abroad and entering a forced marriage.

It was the first case of its kind in the UK despite the huge numbers of reported incidents to authorities.

According to the Guardian, Karma Nirvana has been contacted more than 200 times about children under 15 being compelled to marry, while eight of its cases referred to children aged 10 or under.

Speaking to the paper, Karma Nirvana director Jasvinder Sanghera said the Birmingham case was ‘typical’ and said the organisation is contacted about forced domestic and sexual slavery within arranged marriages on a weekly basis.

She said: ‘We know there are thousands of women and girls in Britain – but men, too – living behind closed doors in forced marriages, yet the crime is woefully under-reported.

‘Treated as slaves and subjected to threats and violence, victims endure the added burden of their own families pressurising them to stay in these marriages to avoid bringing them shame.’

The charity says women brought to the UK from abroad are often unable to speak English and have no money or family and thus are threatened with deportation unless they comply.

Cases they have dealt with include a 17-year-old girl from north England who was forced to marry an abusive middle-aged man just one day after meeting him.

She was raped daily and had previously been taken to Somalia as a child where she underwent extreme female genital mutilation. Her husband then ‘cut her open’ with a knife on their wedding night.

Another victim is Sunny Angel, who published a memoir to raise awareness about the abuse women have to endure.

Ms Angel, who changed her name to protect her family, told the Guardian she was forced to marry a man with learning difficulties in Liverpool and was treated by her in-laws as a ‘sex slave and skivvy’.

The 39-year-old said her mother-in-law would force her son to have sex with her because ‘she wanted a grandson’. 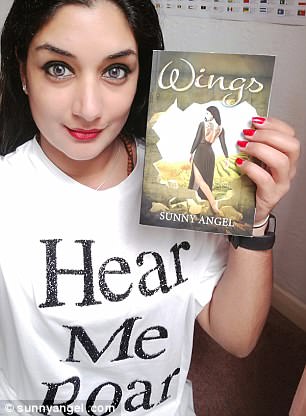 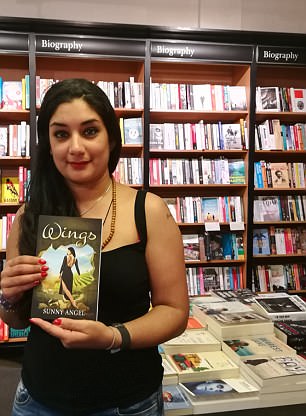 Former sex slave Sunny Angel, left and right, who wrote a memoir about her experiences to raise awareness of the crime, said her in-laws would force her to clean after she was made to marry a man with learning difficulties

She told the paper: ‘She would stand outside the bedroom door and order her son to have sex with me. He would get violent but he didn’t know what he was doing. He was a victim too. Afterwards he would play with his toy soldiers and ask me: “Are you my wife?”.’

Forced marriage is a criminal offence under the Anti-social Behaviour, Crime and Policing Act 2014, including taking someone abroad or into the UK for such a purpose.

But lawyers have argued the offence should come under the Modern Slavery Act 2015 to make the penalties more severe, while it also allows for criminals to be ordered to pay compensation to their victims.

United Nations advisor Parosha Chandran added there had been ‘no proper legal consideration’ of the element of slavery in a forced marriage.

The Birmingham case was just the second conviction of forced marriage in the UK since 2014 and the first to include evidence from a victim who is a relative of the offender.

Police leaders have previously said they are looking at the links between forced marriage and slavery to best apply legislation in such cases.

A mother who coerced her teenage daughter to wed a man who raped and impregnated her as a 13-year-old is the first woman jailed in the UK under forced marriage laws.

The Birmingham mother-of-four manipulated her then 17-year-old daughter to marry her new husband’s nephew, who had raped and taken her virginity four years earlier.

The woman, who cannot be named, was jailed for four-and-a-half years at Birmingham Crown Court.

The ‘vulnerable’ youngster was flown to Pakistan under the pretence of a family holiday to wed the rapist, 16 years her senior.

Her mother orchestrated the marriage and then threatened her daughter, who is now 19, with ‘black magic’ if she dared to speak out.

The two-week trial heard that the girl’s pregnancy was confirmed by a GP in Birmingham and the city council’s children’s services began, and soon after terminated, an investigation after speaking to the defendant.

After undergoing an abortion, the girl went ‘off the rails’ and turned to drugs and drink. She was sexually exploited by men and often went to Coventry for hotel room liaisons.

Judge Patrick Thomas QC said the marriage plan was concocted partly because the mother felt her daughter was bringing shame on her family.

The teenager was under the voluntary care of Birmingham Children’s Services when the mother revealed plans to take her daughter to Pakistan for a purported family holiday in 2016.

Despite social workers expressing concerns to superiors, the trip was allowed and the girl’s passport handed over to the mother.

The girl was taken to Pakistan where the marriage plan became apparent. When she refused to wed the 33-year-old, her mother threatened to rip up her passport.

The defendant, who was found guilty of two counts of forced marriage, and one count of perjury, was emotionless as she was sent to prison.