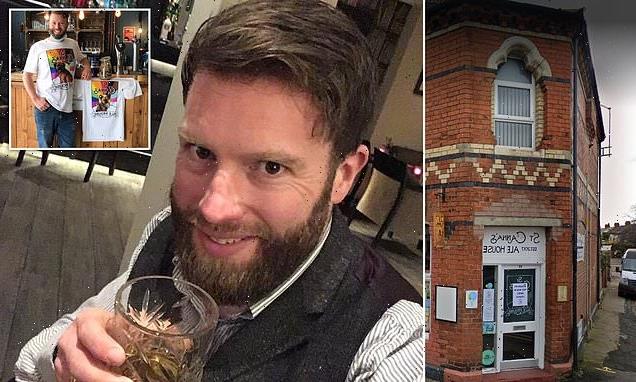 Women’s Aid REJECTS donation from Baptist minister turned publican, 40, after he used Track and Trace to send ‘creepy’ text to woman who visited his bar

Women’s Aid has rejected a donation from a Baptist minister turned publican after he used Track and Trace to send a ‘creepy’ text to a woman who had visited his bar.

The Rev James Karran, 40, messaged the woman saying she did not need to wear a mask because she had ‘a super pretty face’ after spotting her at his bar, the St Canna’s Alehouse in Cardiff.

Rev Karran, who later apologised for sending the unwanted message, got hold of the 26-year-old’s number after she used it to check into the venue with Track and Trace.

He had vowed to support the Welsh Women’s Aid through the New Year – but charity bosses have now said accepting any donation would be ‘inappropriate.’ 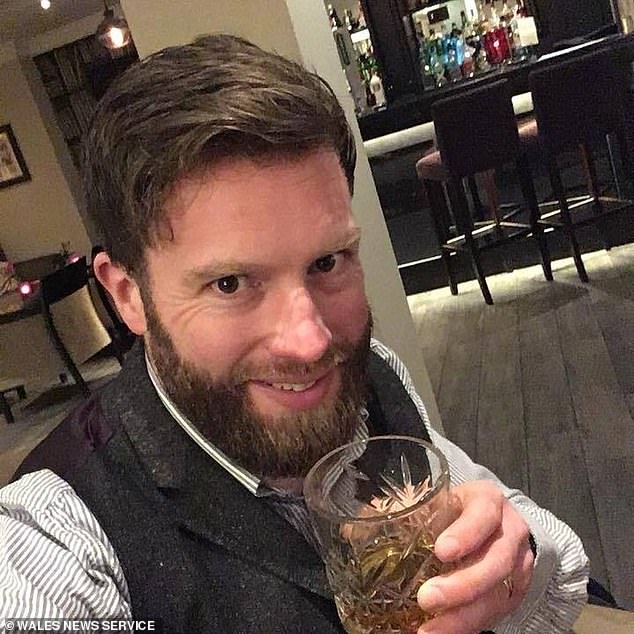 The Rev James Karran, 40, (pictured) was called ‘creepy’ after he used his position as a pub landlord to message a woman whose number he got from her Track and Trace form 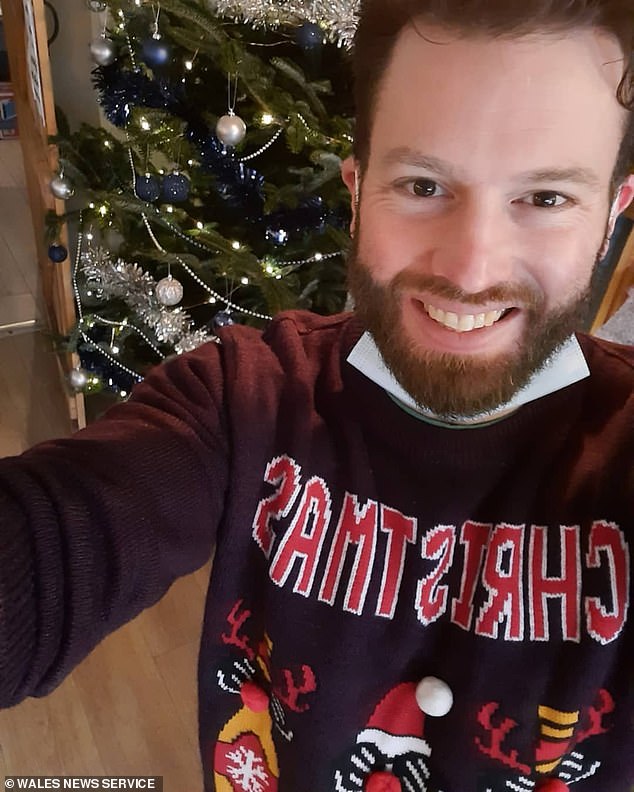 The 26-year-old woman gave her Track and Trace details when she called in for a drink at the fashionable St Canna’s Alehouse pub, run by Rev Karran

A spokeswoman for Women’s Aid said: ‘There has been no contact made by the individual or the establishment in question with ourselves or Cardiff Women’s Aid, who provide front-line support to victims and survivors.

‘We consider the reported incident of sexual harassment and the violation of data protection to be extremely disturbing and the public statement that followed disappointing and empty of an apology to the victim.

‘As a result of this, we believe accepting such a donation – if it were to be made – would be inappropriate at this time.’

Karran had messaged the woman: ‘Just so you know you’ve got a super pretty face so you’re allowed to not wear a mask at the bar. Everyone else must wear one.’

The landlord also faced a backlash from the customer’s boyfriend, who said: ‘Let’s face it, he’s no Saint.’

Her boyfriend said she was ‘frightened and worried about her safety’ after giving her private number on the Track and Trace form in the pub in Cardiff.

He said: ‘She went into this establishment, filled out the Track and Trace without thinking anything of it.

‘She proceeded to order a drink at the bar but the owner James told her to remove the mask as he couldn’t hear her apparently, only for this man to see what she looked like.

‘He took her details from the Track and Trace sheet and messaged her illegally.’ 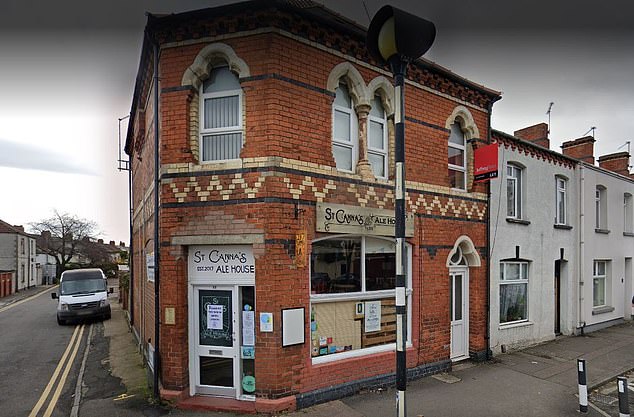 The Baptist minister started the pub (pictured) four years ago. After the incident the pub, which is still run by Rev Karran, said:  ‘We will be launching a series of positive initiatives aimed at re-establishing our reputation for safety and welcome to all’ 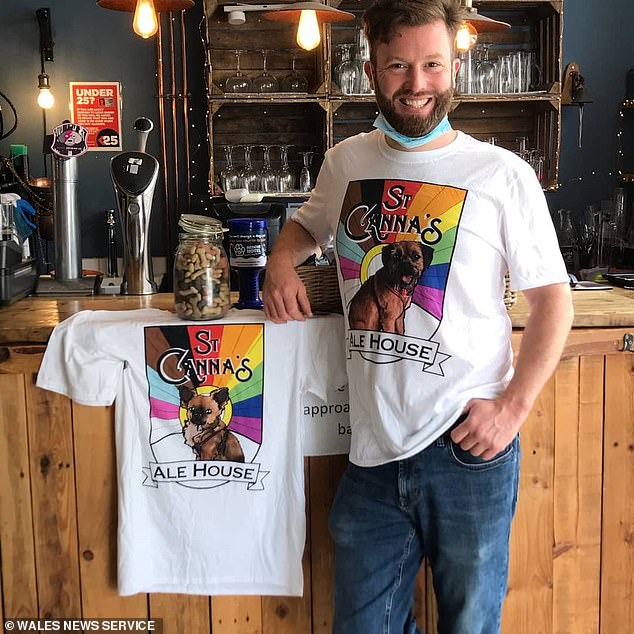 The incident is also being probed by the Information Commissioner’s Office.

An ICO spokeswoman said: ‘We have been made aware of this incident and we will assess the information provided.

‘People have every right to go out for a meal or have a drink without fear of getting an unwanted call or text from the staff that served them. That is never OK and any complaints we receive will be taken seriously.’

Rev Karran opened St Canna’s Alehouse, named after a local saint in the Welsh capital, to create a place where ‘where people can enjoy the ales rather than simply downing drinks.’

He set it up while running a church community called Llan.

The landlord pleaded with the woman’s boyfriend not to take the matter further.

He said: ‘My profound apologies. No excuse, but I’m so sorry for doing this to you and your girlfriend. I promise this will not happen again but can I please ask if you won’t take it further. I’m so so sorry.’

Rev Karran later apologised for ‘letting down’ his loyal customers at the alehouse.

He said: ‘I am so sorry for what has happened. I apologised to the individual concerned and I am sorry for letting down the community of St Canna’s.

‘We cannot change the past. I wish I could. But people will hopefully see the positive steps we are taking. It does not correct what has happened but we want to make a positive difference to our local community.’

After the landlord apologised publicly, customers branded him ‘creepy’ and ‘pathetic’.

One woman wrote online: ‘I’ve driven past your little bar so many times & was going to come down with my friends before Xmas.

‘No way would we darken your doors now. Completely appalling way to behave towards a young woman. Apologies when prompted just mean, ‘sorry I got caught.” 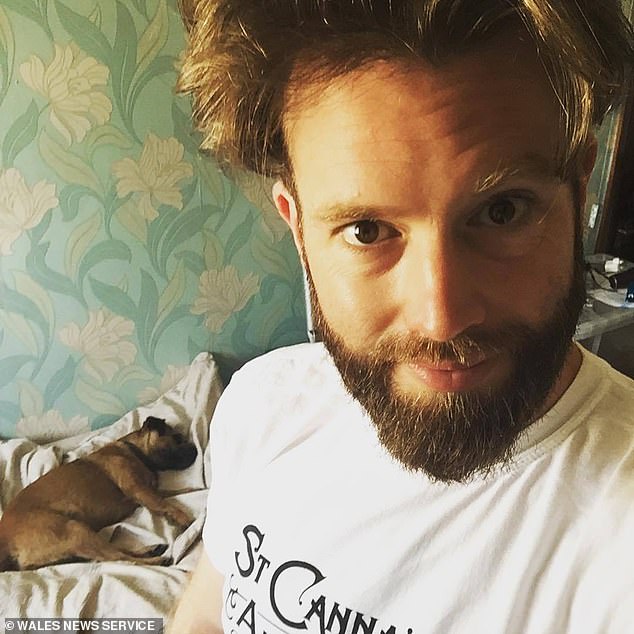 When he opened the bar four years ago, he said: ‘I’ve been a Baptist Minister since 2006 and I’ve always felt a strong desire to help people connect.

‘It strikes me that this is perhaps one of the main issues with our society today. We’re great at following each other on Twitter but not so great at looking each other in the eye and having a conversation.

‘I want to strip things back to basics. It will harm no one to log off for a while and enjoy some good beer in a place you know you are welcome.’

In a statement, the pub said: ‘St Canna’s has always been known as a safe place to be, but recently that reputation has become tarnished.

‘To grow and improve for the future we will be launching a series of positive initiatives aimed at re-establishing our reputation for safety and welcome to all.

‘These will include: becoming accredited with the Good Night Out Campaign; implementing a ‘safer spaces’ policy; overhauling our business practices around the management and prevention of Covid; supporting the charity Women’s Aid throughout 2022, including initially donating one whole Saturday night’s takings.

‘We cannot change the past but we hope people will see the actions we have taken, and continue to support this small business as it plays its role in the local community.’