Playing the flute or trumpet may seem a relatively safe activity.

But wind musicians do not realise the risks to their health, a study shows.

People who play in the brass or woodwind sections of orchestras are 16 per cent more likely to suffer a respiratory illness such as bronchitis. This is because moisture from a musician’s breath and saliva create conditions for moulds and bacteria to build up.

These are transferred to the musician – or any player sharing the instrument – the next time they pick it up. 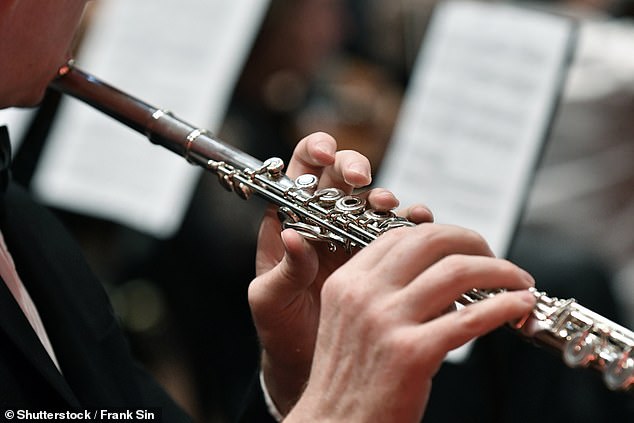 People who play in the brass or woodwind sections of orchestras (pictured, a flute) are 16 per cent more likely to suffer a respiratory illness such as bronchitis, according to a new study

A study by scientists at the University of Nottingham on members of its student orchestra found that more than half of wind musicians do not clean their instruments after each use and 58 per cent had never been taught how to clean them thoroughly, while 39 per cent were not even aware they may be at a heightened risk of chest infections.

It has prompted renewed warnings that wind musicians – including schoolchildren who play the recorder – must learn to clean instruments routinely.

The research, the brainwave of Holly Drover, a physiotherapist at Nottingham University Hospitals, will be presented today at a meeting of the British Thoracic Society. Miss Drover, 21, a keen musician who has passed her Grade 8 flute exam said: ‘There is quite a bit of evidence on the presence of bacteria and fungi within wind instruments, but there has been very little research on whether this bacteria is linked to a greater level of chest infections among musicians.

‘As a flute player myself, I felt it was important to see if there was any possible relationship. So I approached the university orchestra and we surveyed all the musicians who auditioned.’ 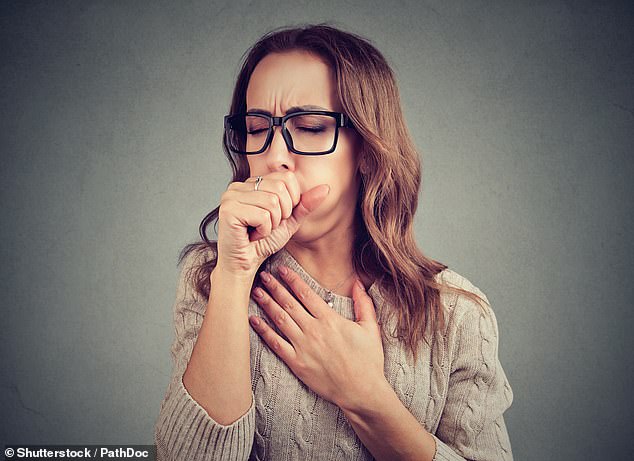 Moisture from a musician’s breath and saliva create conditions for moulds and bacteria to build up (pictured, stock image of chest infection)

Miss Drover said: ‘We did find those who played wind instruments had an increased risk of having a chest infection.

‘Interestingly, wind musicians didn’t know they could be at greater risk and this lack of awareness could be behind the relatively low levels of instrument hygiene we found.’

Large instruments – such as the tuba and French horn – can be fiddly to clean, she said. ‘People can get a bit lazy and just give their instruments a quick wipe, but you need to thoroughly clean them. This is especially true when people share instruments, which happens quite a lot in schools and in some brass bands.’

‘My advice would be to thoroughly clean wind instruments every time, not just a quick wipe. In schools where they are shared, it is even more important.’