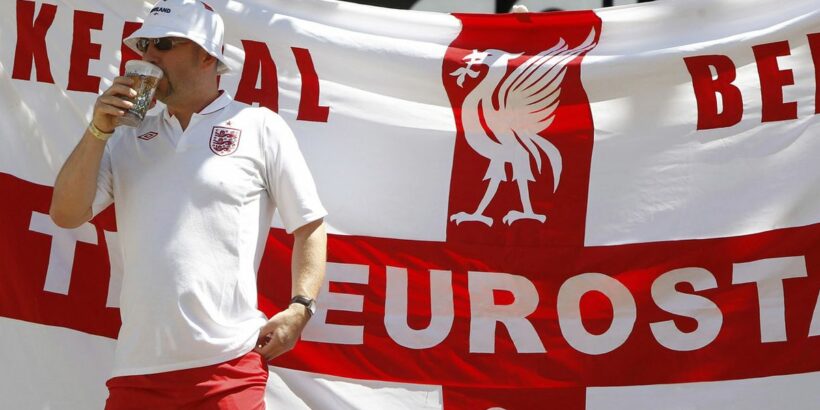 Travelling England fans are set to enjoy some World Cup joy as Qatar will allow bars to serve beer in public.

The Middle Eastern country is normally alcohol-free but will be relaxing its rules for the 2022 World Cup.

Thousands of fans who will make the journey to the Gulf state will be able to enjoy a pint at one-off beach bars that will be set up, the Daily Mirror reports.

The bad news is that a drink could cost an absolute fortune, with a pint of Stella Artois costing £11 at hotels, while Qatar has only one off-license and you need a ­permit to buy alcohol there.

The booze news came hours after England were told their first-round opponents will include the US and Iran.

The team will also face the winner of a play-off between Wales, Scotland and Ukraine.

Berthold Trenkel, chief operating officer of Qatar Tourism, told the Sunday People: “There will be alcohol available in more places.

“We will be opening up some beach clubs where beer will also be available. Fans will also be able to buy beer at kiosks once they are inside the perimeter of the stadiums.”

But he added only zero-alcohol beer will be available inside grounds.

Fans were urged to avoid heavy sessions and respect local traditions, with Qatar having strict rules about public behaviour.

“Getting a beer at a beach club sounds like a great idea. The vast majority of England fans will totally ­respect the rules and traditions of Qatar.

“Now the draw has been made I’m really excited and think England have got a great chance.”