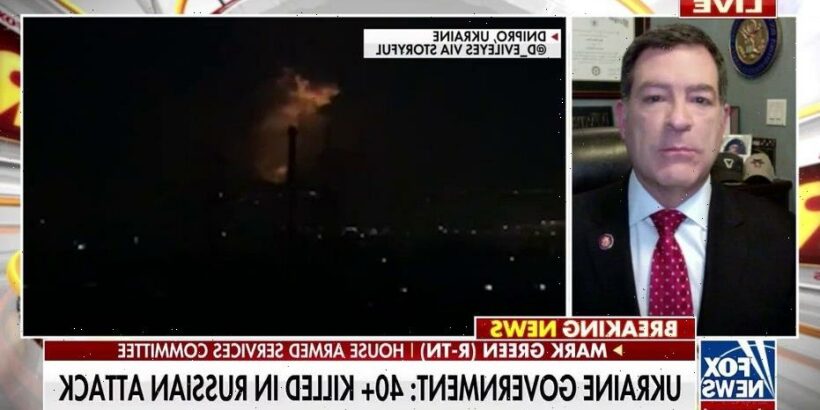 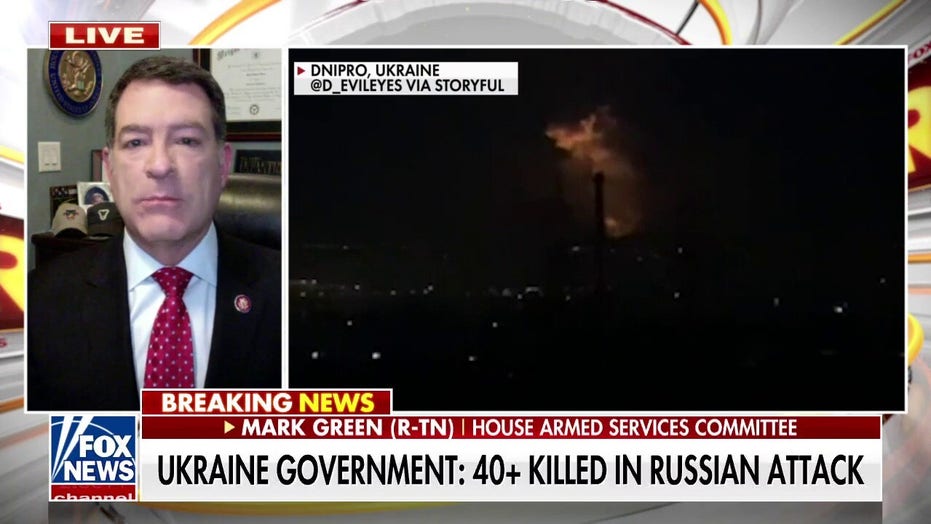 Rep. Mark Green on awaiting Biden’s response to Putin: ‘We cannot wait, we have to act’

House Armed Services committeeman Rep. Mark Green, R-Tenn., on the need for Biden to be strong against Vladimir Putin, including threatening the Russian economy to prevent the Russian war on Ukraine from escalating further.

Beijing on Thursday refused to criticize Russia’s attack on Ukraine, instead calling for a diplomatic solution. China also approved the importation of Russian wheat, a move that could blunt the effects of sanctions levied on the Kremlin.

Reaction from leaders in those three countries is just the tip of the iceberg to news that Russia has launched a full-scale invasion of Ukraine. 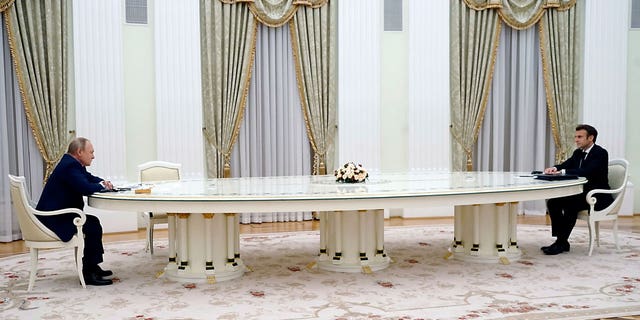 French President Emmanuel Macron says France and its European allies did everything to try to head off the attack on Ukraine. He said they will show “no weakness” in their response.

Macron said in a televised address to the nation Thursday that Russia’s attack is a “turning point in European history” and as a result “there will be profound consequences for our continent and changes in our lives.”

“We have tried everything to avoid this war, but it is here and we are ready,” Macron said.

He said sanctions will be “proportionate” to Russia’s military operations, targeting its economy and its energy sector.

“We will show no weakness,” Macron said. “We will take all measures necessary to defend the sovereignty and stability of our European allies.”

Italian Premier Mario Draghi arrives to make a statement on the Russian attack on Ukraine at the end of a cabinet meeting in Rome, Thursday, Feb. 24, 2022. (Remo Casilli pool Photo via AP)

Italian Premier Mario Draghi says Russia’s attack on Ukraine has made dialogue with Moscow “impossible.” He is demanding that Putin “immediately stop the bloodshed and withdraw military forces.”

Speaking after an urgent Cabinet meeting on Thursday, Draghi said Russia’s operation “concerns all of us, our way of living freely, our democracy.”

He said Italy, which has kept its embassy in Kyiv open, fully supported “very strong” sanctions against Russia and was coordinating with NATO and EU allies to beef up security on NATO’s eastern flank. He said, “We are reinforcing our already significant contribution to the military deployments in all the most directly exposed Allied countries.”

The Slovak government has authorized the deployment of up to 1,500 soldiers to help guard the border with Ukraine following Russia’s attack on Slovakia’s eastern neighbor.

The defense ministry said Thursday they will be used if there is a massive wave of refugees.

The government said Slovakia is also ready to open more border crossings with Ukraine if needed.

Slovakia last week lifted all coronavirus restrictions for potential refugees coming from Ukraine in the case of a Russian invasion.

British Prime Minister Boris Johnson says Russian President Vladimir Putin has “unleashed war in our European continent” and Britain “cannot and will not just look away.”

In a televised address Thursday, Johnson said the U.K. and its allies will agree to a “massive package of economic sanctions designed in time to hobble the Russian economy.”

“Our mission is clear: diplomatically, politically, economically and eventually militarily, this hideous and barbaric venture of Vladimir Putin must end in failure,” Johnson said.

He is expected to give more details about new sanctions later Thursday.

“A vast invasion is underway by land by sea and by air,” Johnson said. “(Putin) has attacked a friendly country without any provocation and without any credible excuse.”

The prime minister also said the West must collectively end its dependence on Russian oil and gas, which “for too long has given Putin his grip on western politics.”

German Chancellor Olaf Scholz has condemned Russia’s attack on Ukraine, calling it a “dark day for Europe” and expressing his country’s “full solidarity with Kyiv.”

Scholz said in a statement at the chancellery in Berlin on Thursday that new sanctions to be imposed on Russia by Germany and its allies would show that “Putin has made a serious mistake with his war.”

Addressing NATO allies in Eastern Europe, Scholz said Germany understood their worries in light of the latest developments and stands by its commitments within the alliance.

Scholz said he and Macron proposed soon holding an in-person meeting of the heads of government of NATO member states.

The Associated Press and Fox News’ Brie Stimson contributed to this report.