Singapore: A former moderator in peace talks with the Taliban says the future of Afghanistan hinges on the Taliban demonstrating they are no longer the brutal regime that traumatised the nation at the turn of the century, and being recognised by other countries as a legitimate government.

Former Indonesian vice-president Jusuf Kalla met four times with Taliban leader Abdul Ghani Baradar over the past two years to mediate between the militant organisation and the now deposed Afghan government, most recently in Qatar in January. 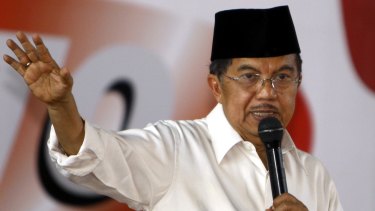 Former Indonesian vice-president Jusuf Kalla who acted as mediator between the Taliban and the deposed Afghan government.Credit:AP

Speaking to The Sydney Morning Herald and The Age, Kalla said he and Baradar “talked at length about the future of Afghanistan”.

He said the world had to “wait and see” how the Taliban conducted itself after sweeping back into power amid the United States’ withdrawal.

“They are now holding negotiations with figures from the old government to make their government more open, more cooperative. With the role of professionals and former business people [who used to do business there] I think the situation will be better,” said Kalla, who was twice vice-president of Indonesia, the world’s largest Muslim majority nation, including during the first term of current President Joko Widodo from 2014 to 2019.

“But we cannot speculate, we cannot [have] a guarantee. It depends on them who runs [the government] in accordance with their commitment.”

Asked whether Western countries such as Australia should consider formally recognising a Taliban-controlled Afghanistan government after the frantic rescue effort from Kabul was complete, Kalla said: “If [the Taliban do as] they have publicly conveyed and be more open, more democratic and respect women, they will be a respected government and automatically, surely, many countries will give recognition. 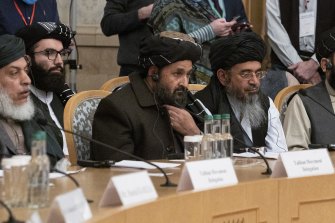 “But people are traumatised by what the Taliban did 25 years ago. They are still traumatised until today. So we will wait and see their position.

“When they were in power for five years [from 1996 to 2001] there was no international recognition except by three countries: Saudi Arabia, the UAE and Pakistan. The rest did not recognise them. But today it is hoped that [the Taliban has] changed so more countries will give their recognition.”

As it seeks integration into the international community, Taliban spokesman Zabihullah Mujahid, has said it would not carry out reprisals against people who worked for foreign forces or the US-backed government during the past two decades and that women and girls would retain their rights “within Islamic law”.

However, there is doubt about how much weight those promises after United Nations human rights chief Michelle Bachelet said she had credible reports of summary executions being carried out in Afghanistan.

Taliban fighers patrol Kabul after reclaiming control of the capital.Credit:AP

With female news anchors and journalists among those sent home from their workplaces and public figures being the subject of threats, the Taliban’s pledge of a less hard-line approach towards women is already under intense scrutiny.

Meeting virtually on Wednesday (AEST), the leaders of the US, UK, Japan, Italy, Germany, France and Canada – the G7 – agreed that ensuring girls could study was one of the conditions for any international dialogue with the Taliban.

The leaders are also demanding safe passage for anyone who wants to leave Afghanistan after the August 31 US withdrawal deadline, and for the Taliban to ensure the country does not become a haven for terrorism again.

“What we’re saying is Afghanistan can’t lurch back into becoming a breeding ground of terror, Afghanistan can’t become a narco state, girls have got to be educated up to the age of 18,” British Prime Minister Boris Johnson said.

The G7 hope the lure of unfreezing the more than $US9 billion ($12.4 billion) in Afghan government reserves held in the US can help convince the Taliban to comply with those terms.

But Mujahid said on Tuesday that Afghan nationals would be blocked from reaching the airport in Kabul because the Taliban wanted to stop an exodus of educated and skilled workers.

“We are not allowing the evacuation of Afghans anymore and we are not happy with it either,” the Taliban spokesman said.

“The doctors and academics of Afghanistan should not leave this country.”