The military base is home to US-led coalition troops, and three coalition service personnel were killed in the first attack on Camp Taji on Wednesday. It has been confirmed to be the deadliest attack on the coalition troops in Iraq since late December. The rocket strike in December killed a United States contractor and triggered a series of attacks that brought Iraq to the state of war. 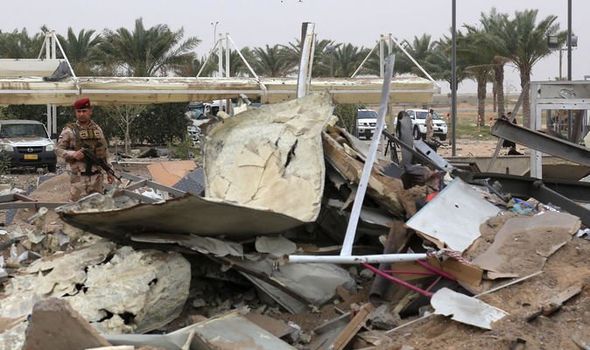 In retaliation, the United States launched a series of airstrikes on military bases, killing five Iraqi security forces and a civilian.

Lance Corporal Brodie Gillon, who served as a reserve with the Scottish and North Irish Yeomanry, died in the attack on Wednesday after a dozen missiles were fired at the camp north of Baghdad.

The British soldier killed in the Taji attack was a member of the Royal Army Medical Corps.

Over a dozen of the rockets landed inside the base, with some striking the coalition quarters and others falling on a runway used by Iraqi forces.

The attack was deemed “unusual” because it occurred during the day.

Earlier on Thursday, US Secretary of State Mike Pompeo said the attack would “not be tolerated”, while Foreign Secretary Dominic Raab said it was a “cowardly” act. 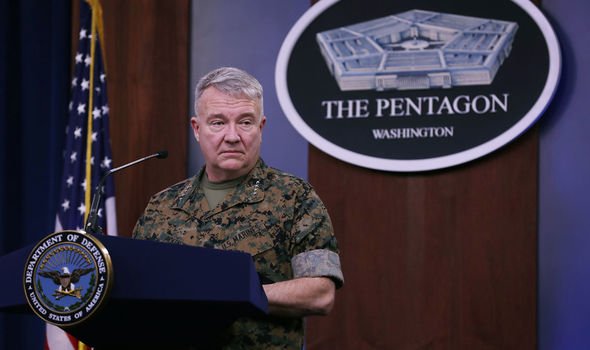 “While we are still investigating the attack, I will note that the Iranian proxy group Kataib Hezbollah is the only group known to have previously conducted an indirect fire attack of this scale against US and coalition forces in Iraq.

“While periods of decreased tension may provide the illusion of a return to normalcy, ample intelligence and indeed yesterday’s actions indicate the Iranian regime’s desire to continue malign activities that threaten lives, destabilise sovereign nations, threaten freedom of navigation, regional commerce, global economic supplies and the global economy itself.”

The general has warned that “proxy” attacks were likely to continue.

The first attack against Camp Taji this week prompted a US airstrike on Friday.

US officials say they were mainly weapons facilities belonging to Kataib Hezbollah, the Iran-backed militia group believed to be responsible for the attacks. 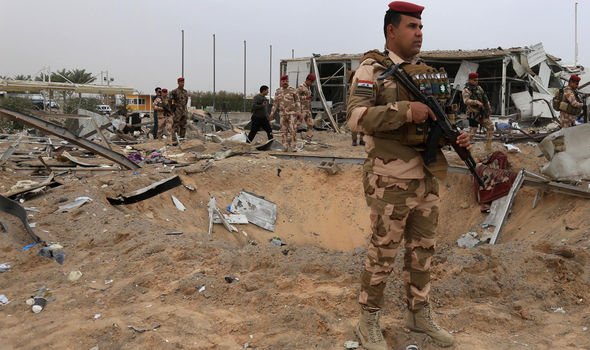 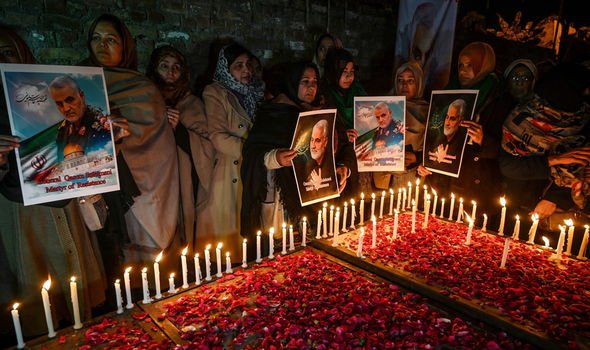 Shiite militia groups, who are backed by Iran, have vowed to take revenge for Friday’s US strikes.

They have inferred that there will be another round of tit-for-tat violence between Washington and Tehran.

After the contractor was killed in December, American airstrikes targeting the Kataib Hezbollah led to protests at the US embassy in Baghdad.

A US drone strike in the capital then killed Iranian General Qassem Soleimani, a senior commander responsible for expeditionary operations across the wider Middle East.

Iran struck back with a ballistic missile attack on US forces in Iraq, the Islamic Republic’s most direct assault on America since the 1979 seizing of the US embassy in Tehran.

The most recent attack coincided with what would have been the birthday of the Iranian general, Qassem Soleimani.