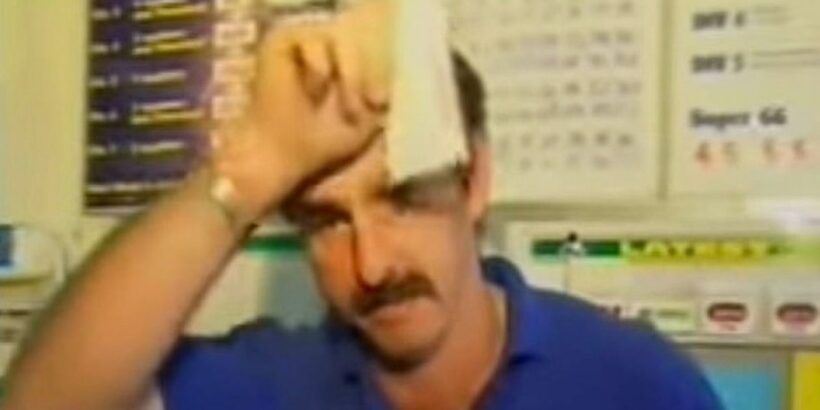 An Australian truck driver has been touted as the world's luckiest man by winning £17,000 on the lottery – and then scooping a further £140,000 jackpot after cheating death.

In 1998, then 37-year-old Bill Morgan was clinically dead for 14 minutes after he was involved in a horror car crash back in 1998.

Bill underwent a 15-day coma after suffering a heart attack, but amazingly he managed to recover and was released from hospital to continue his life.

Buoyed by surviving, Bill thought he would try his luck and went out to buy a scratchcard and was left astounded when he won a new Toyota Corolla, worth £17,000, but it didn't signal the end of his lucky streak.

After his story of redemption and recovery, local news crews wanted to cover the Australian's fortunate turn of events reports the Mirror.

As a prop, Bill, who is now in his 60s and lived in a caravan park at the time, bought another ticket to reenact his winning moment and was left stunned when he realised he'd won another huge jackpot.

This one, however, dwarfed his previous win.

"I think I'll have another heart attack."

He then quickly called his fiancée to tell her the good news in a video that has since re-emerged and gone viral after being broadcast around the world.

The first thing he did was take out a £164,000 cheque to buy a house in Melbourne before investing the rest.

He spoke to the Daily Mail Australia back in 2020 and admits that he still buys scratchcards – and given his track record, who could blame him.

While he still has some health issues, he's grateful for both the mammoth jackpot win and the support of his wife Lisa.

"Every day I get up and put on my shoes, and even if I'm not real well I have a shuffle down the road and smell the roses, look at the sun and think about how lucky I am," he said.

"Sure, I had to retire because the heart got too much and I'm riddled with arthritis, but it was all for the best."