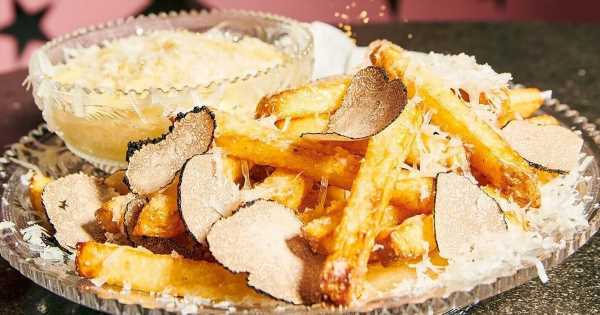 The world's most expensive bowl of chips will set posh potato fans back a staggering £168.

To celebrate the United States' National French Fry Day on Wednesday (July 13), chefs at the experimental restaurant will be serving up the priciest chips money can buy.

According to Serendipity3's long list of ingredients, it appears no expense has been spared in the dish which was first created for the same occasion this time last year.

For $200 (£168), diners can expect to tuck into some pretty fine grub but whether they taste any better than those from your local British chippy remains to be seen.

Confirming the dish's official record status, Serendipity3 shared on Instagram: "We broke another Guinness World Record! Chef Joe and Chef Freddy are celebrating #NationalFrenchFryDay the right way… making the world’s most expensive fries that will be available on the menu for a whopping $200.

According to news site UPI, organic 100% grass fed cream from Jersey Cows, Gruyere Truffled Swiss Raclette and a topping of 23-karat edible gold dust also make it onto the chips.

When the fries were revealed on social media last year, the restaurant came in for a fair bit of stick as Instagram users slammed the assortment of luxury foods as "stupid".

One person commented: "My God have humans become stupid af."

"Pathetic," was the simple view of a second critic.

But others began drooling at the sight of the chips. "Looks yummy!!!" Someone exclaimed.

Someone else gushed: "Omg my truffle addiction. I may want this for my birthday."

At the other end of the spectrum when it comes to food, the supermarket Iceland has caused a stir by announcing the return of chicken dinosaurs.