Battle to save the world’s oldest tattoo parlour from closure: Danish location that has been inking people for 134 years faces fight for survival

The world’s oldest tattoo studio is being threatened with closure, and its owner is now fighting tooth and needle to preserve what she claims is a vital part of history.

Tattoo Ole has been operating out of the same Copenhagen basement for 134 years, and its customers has included everyone from early 20th century prostitutes to Danish royals.

Current owner, Majbritt Petersen, known as Lille Ole, is now preparing for a court battle to prevent the owners of the building turning the studio into a kitchen for the restaurant next door. 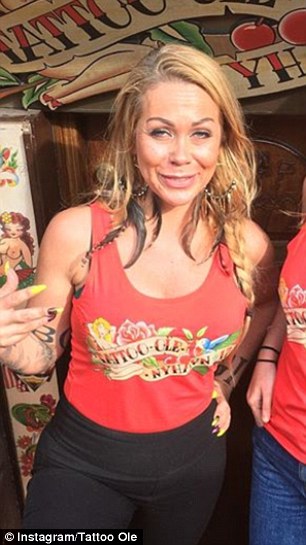 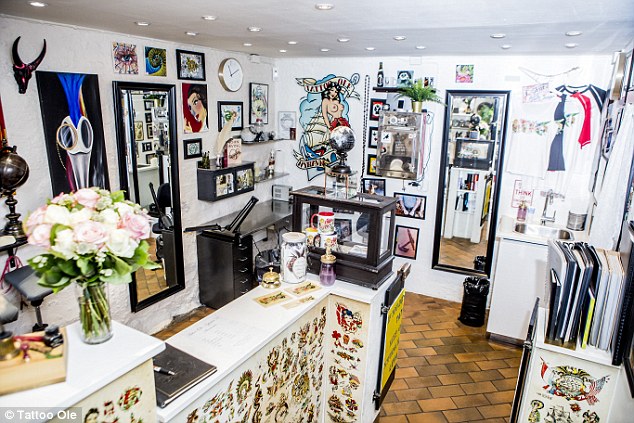 Tattoo Ole opened in this basement in 1884, and its customers has included everyone from early 20th century prostitutes to King Frederik IX of Denmark

‘People who own the building where we are don’t seem to be fans of tattoos,’ Ms Petersen, 38, who started working at Tattoo Ole in 2008, says and laughs.

‘I think Tattoo Ole is too important to close. There are a lot of young tattoo fans and artists who don’t even know their own history.

‘A big part of that history is going to be lost forever if we shut up shop.’

Tattoo Ole opened in 1884, making it the oldest working studio in the world to remain in the same place.

While the earlier decades mainly saw sailors and prostitutes seek out the small basement tattoo shop on Nyhavn 17, it also acquired a royal clientele. Fighter: Ms Petersen has worked in the studio since 2008, and owned it since 2010 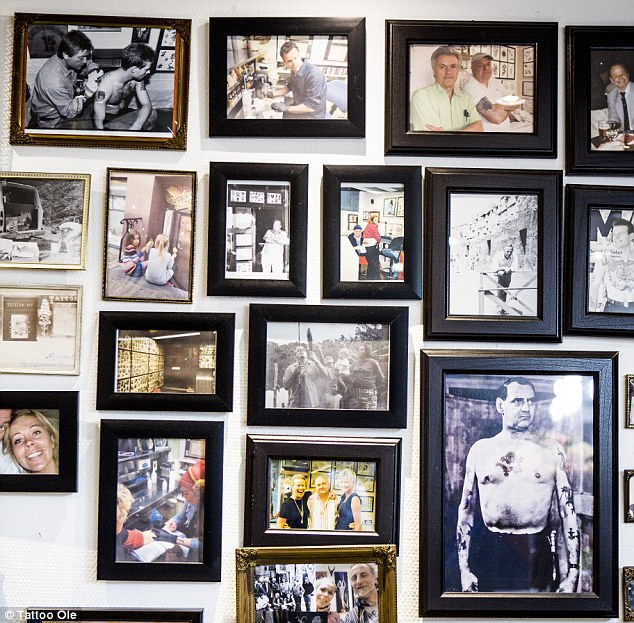 History: Some of the tattoo studio’s former owners and clients are displayed on the wall 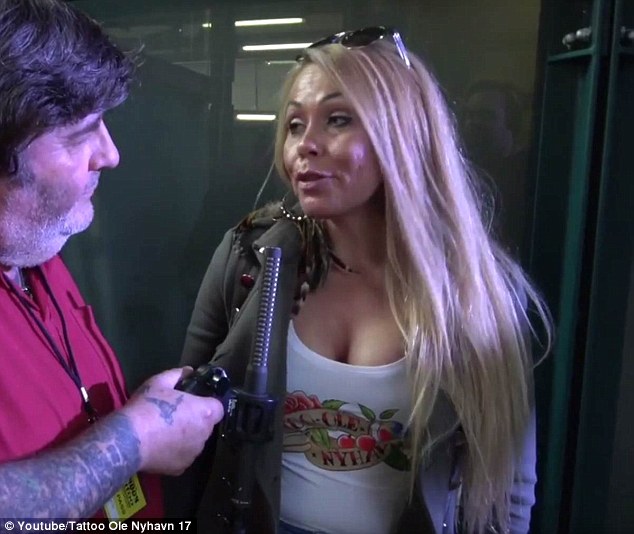 Campaign: Ms Petersen is interviewed about the legendary shop at the London Tattoo Convention in 2017

Frederick IX, King of Denmark from 1947 to 1972, served in the Danish Royal Navy and proudly sported several body artworks from Tattoo Ole.

For many years, Tattoo Ole was the only parlour in Scandinavia, and until the 1980s anyone who wanted to get inked in Sweden or Norway had to travel to Copenhagen, Ms Petersen says.

But it has also made a mark on the world far beyond Scandinavia, as one of its earlier apprentices went on to open South America’s first ever tattoo parlour in Brazil.

‘You can still see Nyhavn Viking tattoos from the 1940s in Brazil and Argentina,’ Ms Petersen says. 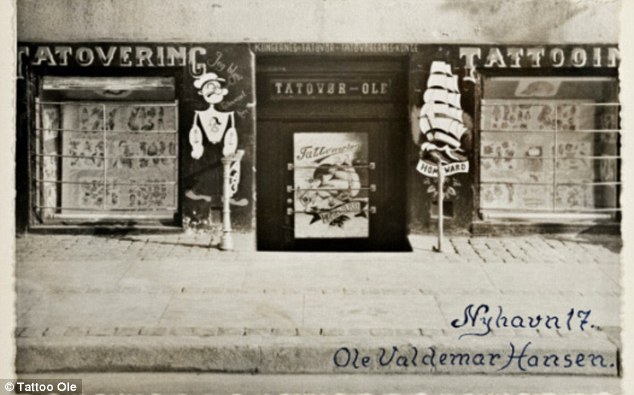 Back in the days: A photo thought to have been taken in the mid-20th century shows the tattoo shop in Copenhagen 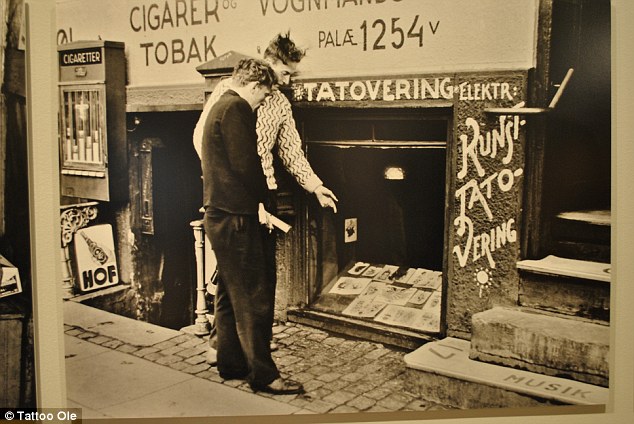 What to choose: The tattoo artists used to share their space with a cigarette shop

It is the third time the owners of the building have tried to close Tattoo Ole, and Ms Petersen is hoping for a third time lucky with the backing of the global tattooing community.

Mik Thobo-Carlsen, Co-Founder of Tattoodo, an online community with 20 million followers, has thrown his support behind the campaign to save Tattoo Ole with an online petition.

Branding Tattoo Ole a ‘vital piece of tattoo history’, he added he immediately wanted to help Ms Petersen with her campaign.

‘Tattoo Ole is a rare diamond that we all need to stand up for, to protect our cultural history, and to avoid that our society loses something that is truly unique.

‘Although tattooing is finally becoming socially accepted, and the market is growing fast. We still need to protect our culture and heritage.’